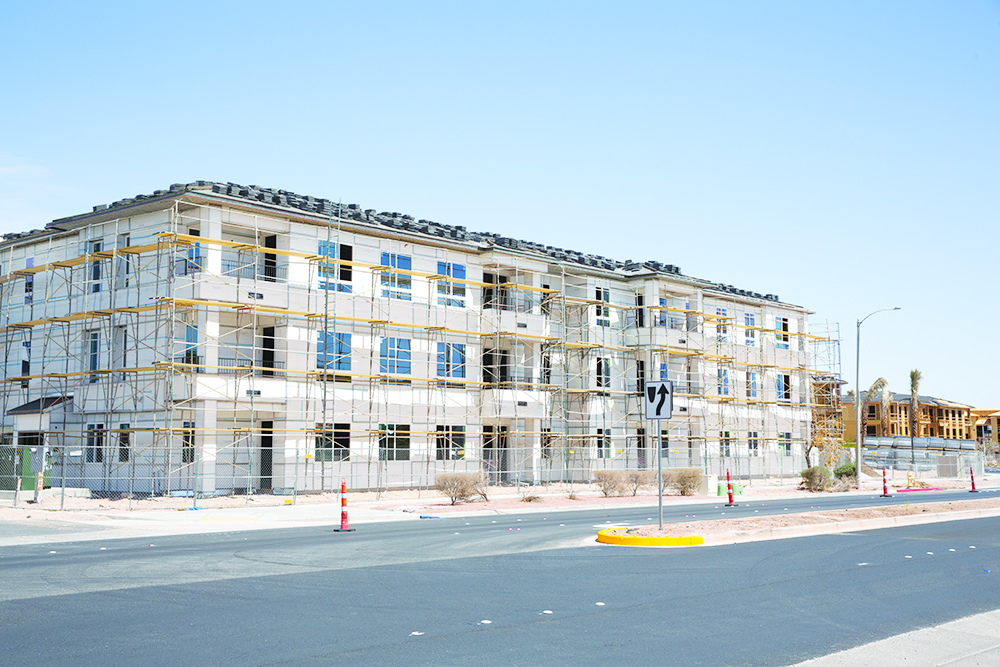 The Alma Apartments are under construction near Sunset Road and Mountain Vista Parkway. A new report shows rents in the Las Vegas area increased 20% more in the first quarter of 2022 compared to the same period in 2021, to an average of about $1,450 per month. Industry officials say the increase is due in part to demand outpacing the supply of rental housing.

Soila Solano, who is disabled and lives on a fixed income, got a shock when her new landlord notified her of a rent increase on her house.

And not just a little increase.

“I don’t know what they expect us to do,” said Solano, whose husband lost his casino job during the pandemic and still isn’t back at work. “I know my income isn’t going up $450 per month.”

“It’s scary,” said Solano, whose rent went up after her former landlord sold the property to a buyer in California. “We could look for another place, but I doubt we would find a better deal out there.”

A report by the Nevada State Apartment Association found rent in the Las Vegas area increased more than 20% during the first quarter this year compared to the same period in 2021. The average asking price for a rental housing unit went from $1,200 a month to $1,450.

The report — based on information from commercial real estate data research firm CoStar — predicts rents will rise another 6% over the remainder of the year.

The rising cost of rents has followed trends in the overall housing market.

The median price for an existing house in Las Vegas was $460,000 in March, according to the Las Vegas Realtors trade group. That was up 27% from March 2021 and a record high.

Nationwide, home prices have jumped about 30% since early 2020, according to the American Enterprise Institute Housing Center.

Susy Vasquez, executive director of the Nevada State Apartment Association, said the Las Vegas rental market appears to be stabilizing but warned that prices aren’t going back down.

“There’s a significant amount of demand, and supply remains limited. Supply is getting closer to meeting demand, but it’s still not enough,” she said.

During the first three months of this year, more than 7,000 apartment units were under construction, the association reported.

The Las Vegas City Council last month approved a mixed-use plan that could bring over 1,800 apartments to the site of the city-owned Desert Pines Golf Club, along with a number of townhome spaces, detached home lots and senior housing.

Not only does renting appeal to younger professionals but it has also become more popular among Baby Boomers, many of whom have looked downsize, Vasquez said.

“There’s a lot of people now who don’t want to maintain their home,” she said. “They don’t want to worry about their air conditioner breaking. There’s just not enough housing right now.”