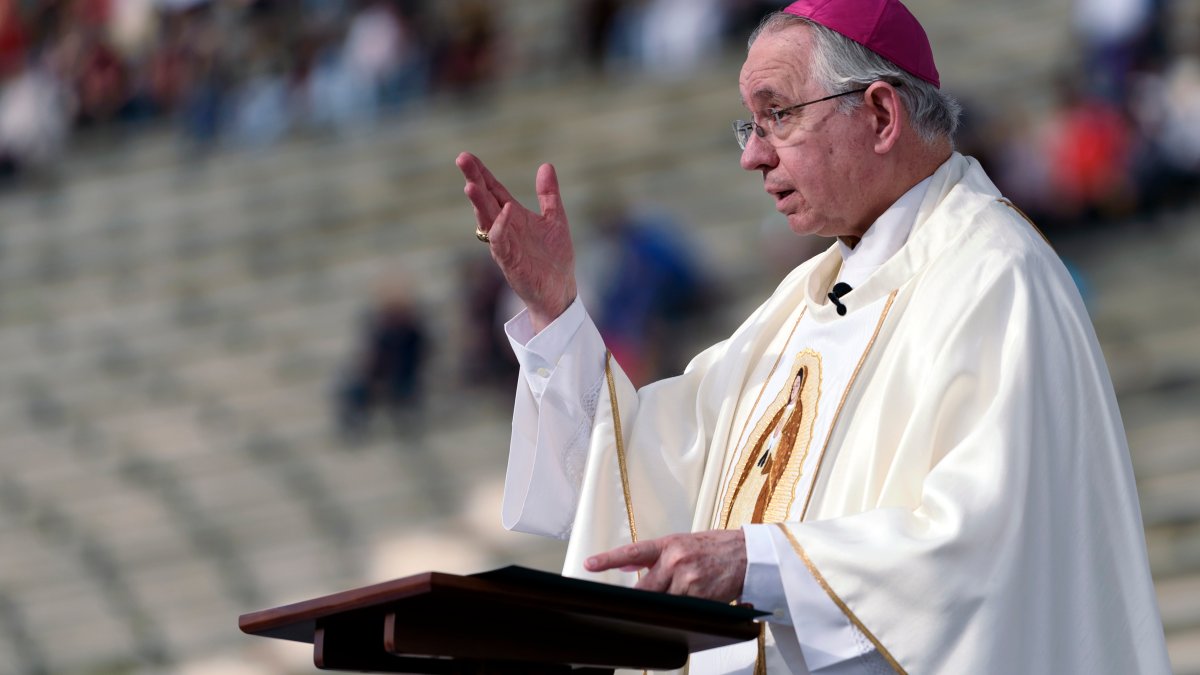 The U.S. Conference of Catholic Bishops, led by Archbishop José H. Gomez of the Archdiocese of Los Angeles, are praising the U.S. Supreme Court ruling overturning federal abortion protections as a “historic” action that reverses a half-century-old “unjust law.”

Gomez, the organization’s president, and Archbishop William E. Lori of Baltimore, chairman of the conference’s Committee on Pro-Life Activities, issued a joint statement Friday calling the ruling “a historic day in the life of our country, one that stirs our thoughts, emotions and prayers.”

“For nearly fifty years, America has enforced an unjust law that has permitted some to decide whether others can live or die; this policy has resulted in the deaths of tens of millions of preborn children, generations that were denied the right to even be born,” they said in the joint statement.

“America was founded on the truth that all men and women are created equal, with God-given rights to life, liberty, and the pursuit of happiness,” they said. “This truth was grievously denied by the U.S. Supreme Court’s Roe v. Wade ruling, which legalized and normalized the taking of innocent human life. We thank God today that the court has now overturned this decision. We pray that our elected officials will now enact laws and policies that promote and protect the most vulnerable among us.”

They called the ruling “the fruit of the prayers, sacrifices, and advocacy of countless ordinary Americans from every walk of life.”

“Now is the time to begin the work of building a post-Roe America. It is a time for healing wounds and repairing social divisions; it is a time for reasoned reflection and civil dialogue, and for coming together to build a society and economy that supports marriages and families, and where every woman has the support and resources she needs to bring her child into this world in love.”