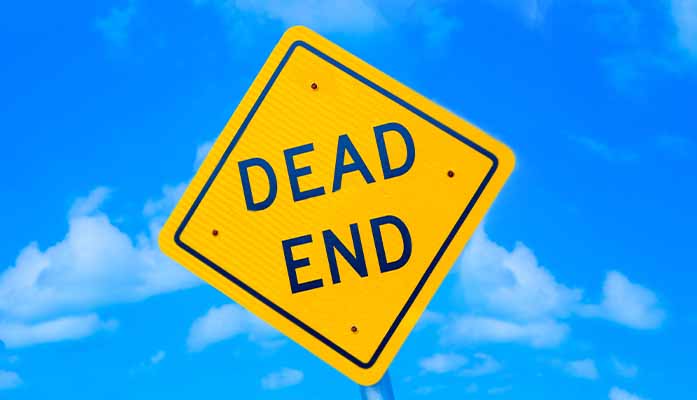 For nearly two decades, Birch Road LLC has owned a plot of agricultural land in rural Cochise County referred to as the Becker Tract. The problem is that the property is landlocked with no official roads or streets to or from the Becker Tract.

And a May 25 decision by the Arizona Court of Appeals will keep it landlocked for now.

In 2004, a private agricultural roadway easement was executed to provide Birch Road access to its land located in the community of Sunizona by using private roads constructed on property owned by two neighbors. The easement becomes null and void if ownership of the Becker Tract changes.

By late 2017, Birch Road was attempting to sell the Becker Tract but without permanent ingress and egress the fair market price of the land was considerably reduced.

Birch Road reached out to its neighbors -Cimarron Ranch Land LLC and Rancho Sacatal Inc.- in hopes of obtaining an access easement to “run with the land” instead of with the land’s owner. The neighbors rejected the request, so Birch Road initiated legal action in March 2018 to formally establish ingress and egress to the Becker Tract through a court ordered private condemnation.

Judge David Thorn of the Cochise County Superior Court ruled against Birch Road in 2020 when he granted a motion for summary judgment on behalf of the two neighbors. Thorn also ordered Birch Road to pay the attorneys’ fees and court costs expended by Cimarron Ranch Land LLC and Rancho Sacatal Inc in defending against the lawsuit.

Birch Road immediately appealed but did not fare any better as explained by Vice Chief Judge Christopher Staring in the Court of Appeals’ recent decision.

In Arizona, a party owning or having a beneficial use in land that is landlocked may initiate legal action to seek condemnation of a private way of necessity across the land of another. The party seeking the condemnation must demonstrate a reasonable necessity.

Staring wrote that such a case involves a clash of constitutional rights between a landowner wishing to “to preserve and protect their private property” against a condemnation sought to promote effective use of the state’s resources.

The downside, as noted by Staring, is that such a condemnation order under Arizona law does not limit the use of the condemned property to the person or entity which sought the condemnation. Instead, it becomes an open public way which may be traveled by any person who desires to use it.

Staring added that despite already having legal access to its land for agricultural purposes, Birch Road was asserting a right to condemnation to further its “proper use and enjoyment” of the land by enhancing the land’s resale value. However, the judges concluded the ability to sell one’s land for a more desirable price is not encompassed under the plain language of state law by the terms “use” and “enjoyment.”

Birch Road also appealed Thorn’s order that as the losing party it must pay the  neighbors’ reasonable attorneys’ fees. The judge did so under a statute which permits such an award in contractual disputes along with a 10 percent per annum interest rate. The underlying dispute was not related to a contract, Birch Road argued, and the court of appeals agreed.

“Even if the agricultural easement had never existed, the result would be the same: Upon sale, the Becker Tract would lack access and Birch Road would be faced with the same dilemma,” Staring wrote. “The dispute’s essential basis is better reflected by Birch Road’s desire for a legally distinct and transferrable method of access to its property.”

The appellate decision vacates the attorneys’ fee award but Thorn can issue a revised order based on another statute. However, he cannot imposed a 10 percent interest rate, Starting noted.

In non-contractual disputes, the maximum interest rate is one percent over the Federal Reserve’s prime rate at the time of judgment. In this case, the interest rate Thorn should have imposed was 4.25 percent, Staring wrote.

Birch Road has until June 25 to file a petition for review with the Arizona Supreme Court. If no petition is filed, then the appellate decision will be formally mandated and Thorn will get the case back for further proceedings consistent with the ruling.