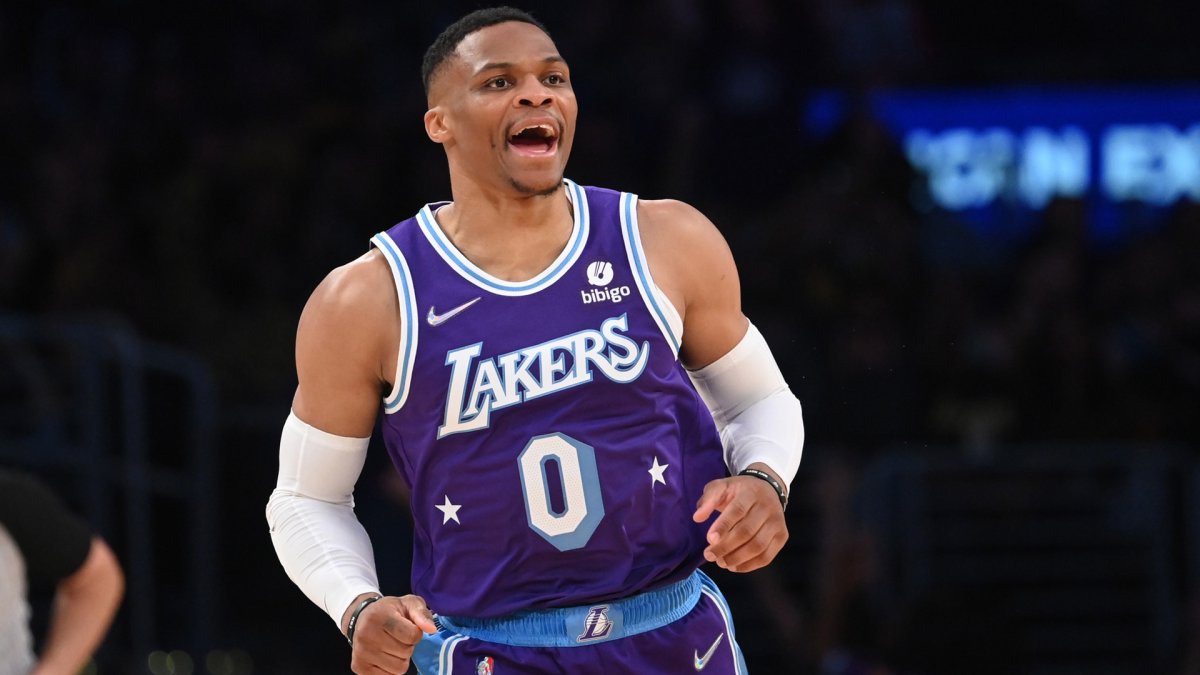 Westbrook plans to exercise his $47.1 million player option to return to the Lakers for the 2022-23 season, ESPN’s Adrian Wojnarowski reported on Tuesday morning.

Next season is the fifth and final year of the $206.8 million supermax contract Westbrook signed with the Oklahoma City Thunder in September 2017.

The nine-time All-Star point guard seemed to be celebrating his big 2022-23 payday as he jammed out to Beyoncé’s “Break My Soul” in the car.

Following John Wall’s buyout with the Houston Rockets, Westbrook is currently set to make the second-highest salary in the NBA next season, trailing just Stephen Curry at $48.1 million. Should James Harden pick up his player option ($47.4 million) with the Philadelphia 76ers, Westbrook would drop to third.

Unlike Harden, there wasn’t really any mystery surrounding Westbrook’s decision. It would have been stunning if the 33-year-old turned down his massive option after a disastrous first season in purple and gold.

Westbrook averaged 18.5 points, 7.4 rebounds, 7.1 assists and 3.8 turnovers on rough 44.4/29.8/66.7 shooting splits as the fit with LeBron James proved to be awkward and the Lakers fell extremely short of expectations. Considered one of the top title contenders entering the season, Los Angeles failed to even make the play-in tournament with a 33-49 record.

Unless they can find a trade, the Lakers are now tasked with trying to make it work with Westbrook for another season.