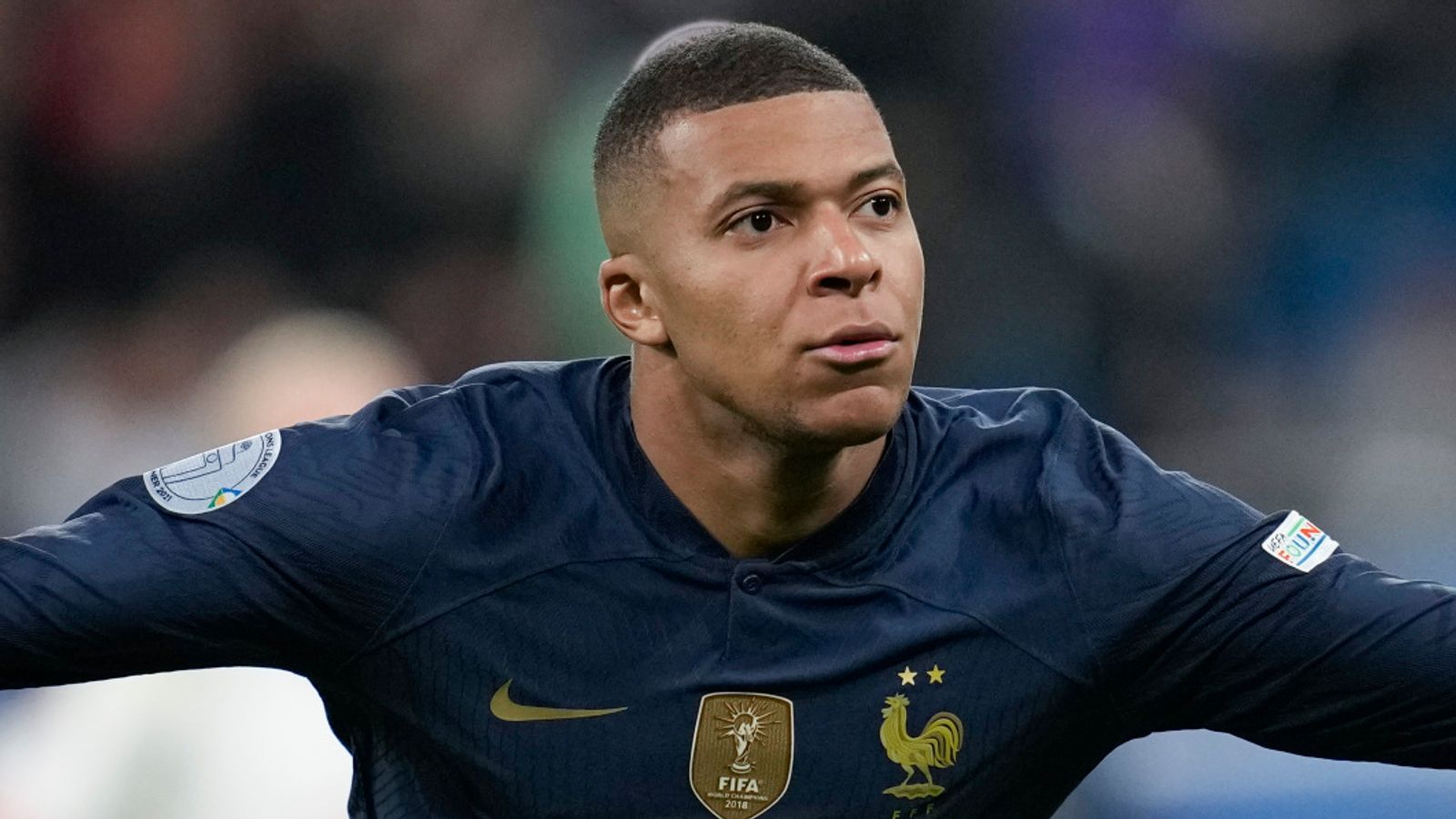 France kept their hopes of staying in the top tier of the Nations League alive as goals by Kylian Mbappe and Olivier Giroud secured a 2-0 home victory over Austria on Thursday.

Mbappe opened the scoring with a stunning goal before Giroud, who again showed coach Didier Deschamps he is more than a third-choice forward, sealed the world champions’ win with a header.

France, who travel to Denmark on Sunday, climbed to third in Group A1 with five points from as many games.

Victory came at a price, however, as defender Jules Kounde and goalkeeper Mike Maignan sustained injuries, and may join Karim Benzema, Hugo Lloris, Paul Pogba on the sidelines.

The hosts, who had lost two and drawn two of their four previous games, came out with all guns blazing at the Stade de France.

Mbappe fired a shot into the top corner in the second minute but the effort was disallowed for offside.

Aurelien Tchouameni’s attempt from just outside the box after a quick combination between Antoine Griezmann and Mbappe was tipped over by Austria keeper Patrick Pentz as Les Bleus piled on the pressure.

Defender Kounde became the latest casualty in an injury-ravaged squad when he limped off the pitch with a muscle problem and Maignan was replaced by Alphonse Areola at halftime due to a calf pain.

Mbappe, denied by Pentz after a one-two with Giroud, tormented the Austrian defence with his pace and created space for his team mates, Jonathan Clauss just missing out on a goal early in the second half.

Mbappe broke the deadlock with a cool finish after beating five defenders following a perfect pass from Giroud.

It spurred Austria into action but they lacked accuracy in the box and it was France who scored again.

Giroud found the back of the net in the 65th minute from Griezmann’s pin-point cross for his 49th international goal, two shy of Thierry Henry’s national record.

The AC Milan striker was replaced by Ousmane Dembele to the Stade de France crowd’s standing ovation, leaving Deschamps – who has only called up Giroud in the absence of Benzema – with a tricky decision before November’s World Cup.

Cody Gakpo scored early and Steven Bergwijn added a second to earn the Netherlands a 2-0 away win over Poland on Thursday and put them within one point of winning their Nations League group.

The unbeaten Dutch have now won four of their five Group A4 games and are three points ahead of Belgium, who beat Wales 2-1.

The Dutch need only a draw at home to Belgium in Amsterdam on Sunday to secure a place in next year’s four-team Nations League finals.

Gakpos 13th-minute opener at the Narodowy Stadium came at the end of a slick passing move as the striker had only to tap home Denzel Dumfries inch-perfect square pass after the Polish defence has been prised apart.

Bergwijn doubled the lead in the 60th minute, coming in off the left flank to play a clever one-two with substitute Vincent Janssen and curling the ball expertly into the net.

The victory was deserved by the Dutch deserved as their high-pressing game regularly robbed Poland of possession and allowed the visitors to dictate the tempo of the game.

But it might have been a different scenario had Poland’s halftime substitute Arkadiusz Milik not missed from point-blank range after being set up by Przemyslaw Frankowskis cross shortly after coming on.

It was Poland’s only clear-cut chance but Milik inexplicably put his effort wide to help the Dutch to their first clean sheet in seven games this year.

Dutch coach Louis van Gaal surprised by choosing 38-year-old Ajax goalkeeper Remko Pasveer, making him the country’s second oldest debutant after Sander Boschker, who was almost 40 when he won his only cap in goal against Ghana in a World Cup warm-up friendly in 2010.

Van Gaal told Dutch television before kick-off he was “intrigued” to see what Pasveer might add to the team after a good start to the season with Ajax, but there was not much for the goalkeeper to do.

Croatia top Group A1 with victory

Having beaten the Danes in Copenhagen in June, the Croatians repeated the feat to reach 10 points from five games, one ahead of Denmark in their bid for a Nations League semi-final spot.

Defender Borna Sosa, who was born in the Precko district of Zagreb and learned his trade at local club Dinamo before moving to VfB Stuttgart, had opened the scoring by slotting home from the edge of the area four minutes after the break.

Despite Denmark’s attack misfiring for much of the night, a moment of magic from Eriksen looked set to secure a point as he fired home a brilliant dipping shot in the 77th minute.

The relief was short-lived though as Majer, who came on for Mateo Kovacic after Eriksen’s goal, picked up the ball on the edge of the box and rattled it past keeper Kasper Schmeichel.

Elsewhere in the Nations League…

It was a busy night in League C. In Group C3, Azerbaijan secured a late win over Slovakia. They had led for much of the game, and immediately replied to Erik Jirka’s equaliser to take all three points.

In Group C1, Turkey came from behind three times to draw 3-3 with Luxembourg in Istanbul. Lithuania also draw 1-1 with Faroe Islands.

In League D, Andorra were 2-0 winners against Liechtenstein, with Moldova beating Lativa 2-1. Kazakhstan also beat Belarus 2-1, although Askhat Tagybergen was sent off late on for a second yellow card.

Lithuania and Belarus have now both been relegated to Group D.