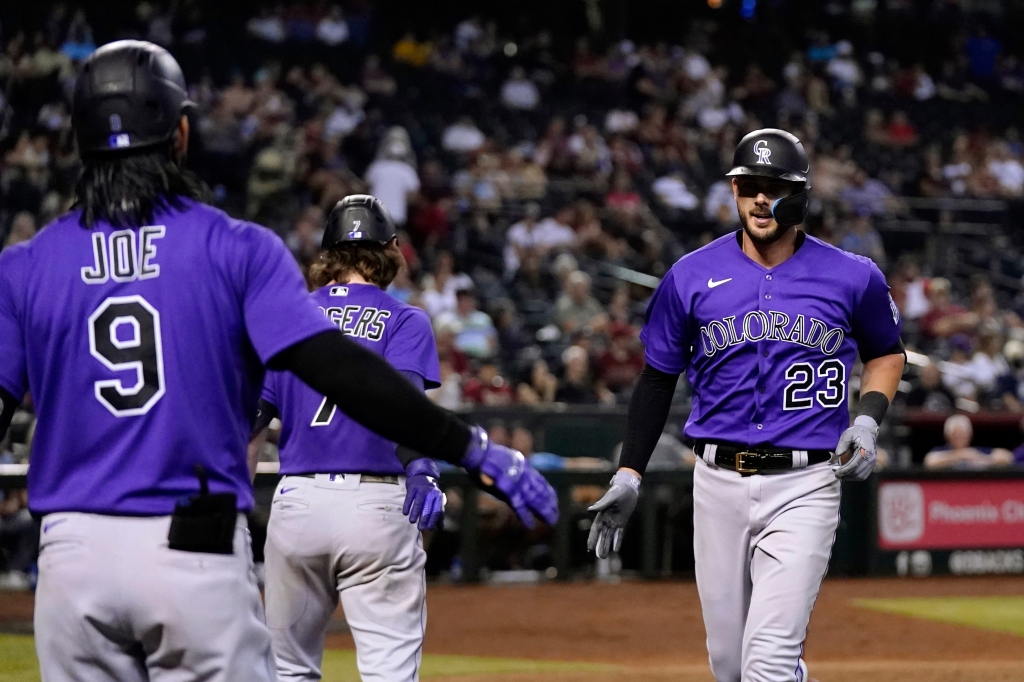 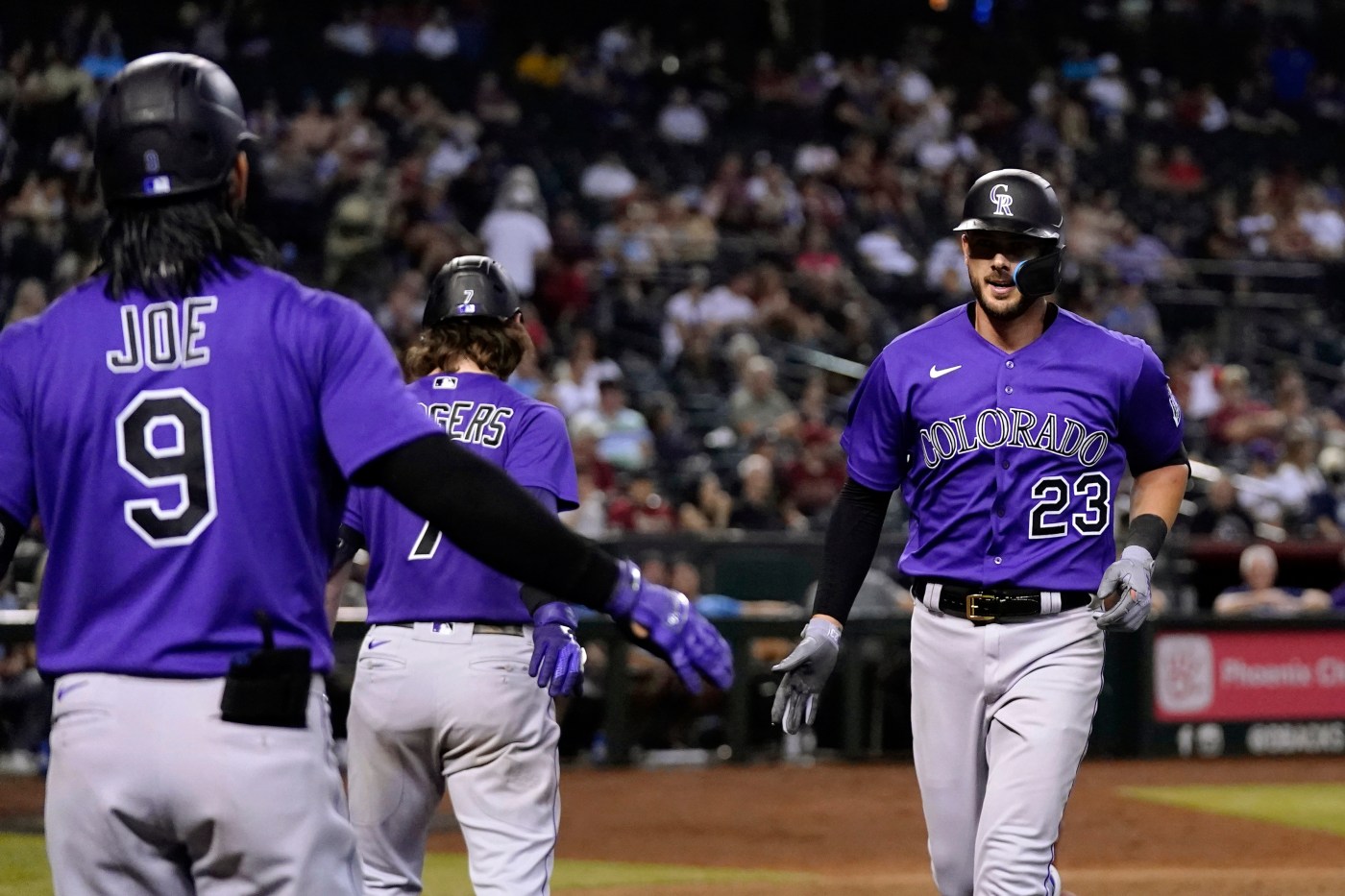 The Rockies signed Kris Bryant to a seven-year, $182 million megadeal this offseason with the expectation that he could routinely put the club on his shoulders and carry Colorado to victory.

That hadn’t been the case until Friday, when Bryant lived up to that billing with his first multi-homer game with the Rockies. The performance paced Colorado to a 6-5 win over Arizona in Game 2 of the series at Chase Field.

Bryant got Colorado going in the first with a homer to left, then went yard again in the seventh inning for the 17th multi-homer game of his career. He added a double in the ninth for 10 total bases. The Colorado bullpen did the rest after right-hander Chad Kuhl kept the visitors in a game that saw C.J. Cron and Jose Iglesias depart due to injury.

“I fee like I’ve been swinging the bat well, seeing the ball well, hitting a lot of balls hard,” Bryant said. “Anytime you go out there and contribute after taking a long time off (because of the back injury), it feels good. I just hope Charlie (Blackmon) gives me the (player of the game) chain today.”

After Bryant and Josh Rojas traded solo homers in the first inning, the Diamondbacks took control with Sergio Alcantara’s two-run homer in the second.

Facing a 3-1 deficit, Colorado manufactured a run in the fourth inning with Ryan McMahon’s RBI groundout. But Arizona played small-ball right back, using Rojas’ safety squeeze in the bottom of the inning to extend the home lead to 4-2.

But Arizona right-hander Zach Gallen lost his command in the fifth. After pitching around Bryant to load the bases with two outs, Gallen walked in a run when he gave Brendan Rodgers a free pass on four pitches. Then Gallen hit Cron on the left wrist the next at-bat, tying the game 4-4 and forcing Cron’s exit from the game.

Colorado then re-took the lead in the sixth, capitalizing on Jose Iglesias’ RBI double to make it 5-4. Iglesias scored on a fielder’s choice grounder by Yonathan Daza, but Iglesias suffered a head injury while sliding into home plate and also left the game.

Bryant then tacked on insurance with another solo homer in the seventh, a shot to left-center that extended Colorado’s lead to 6-4 and turned out to be the game-winning swing.

Robert Stephenson, Lucas Gilbreath, Jake Bird and Alex Colome held the lead for Colorado over the final four innings. Colome was nicked for a run but earned his fourth save this year, and 159th in his career.

Welker claimed by Giants. Colton Welker, formerly one of Colorado’s top prospects, will now be wearing orange and black. The Giants claimed Welker off waivers Friday, two days after the Rockies designated him for assignment. Welker debuted last year and struggled, hitting .189 through 19 games, and had his 2022 season derailed due to shoulder surgery. He is still rehabbing from that surgery and San Francisco placed him on the 60-day injured list.