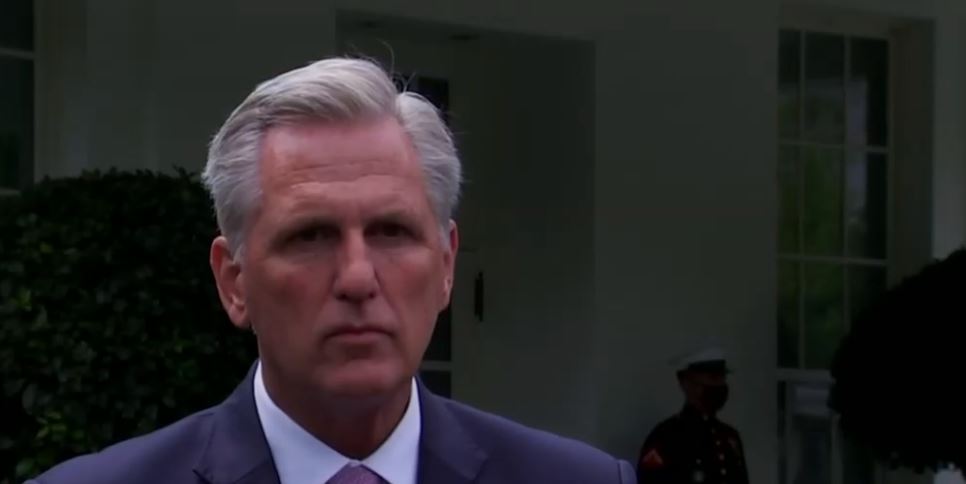 An embarrassingly groveling Kevin McCarthy denied a report that he said that he was done with Trump after 1/6.

In the days after the Jan. 6 attack on the Capitol building, the two top Republicans in Congress, Representative Kevin McCarthy and Senator Mitch McConnell, told associates they believed President Trump was responsible for inciting the deadly riot and vowed to drive him from politics. Mr. McCarthy went so far as to say he would push Mr. Trump to resign immediately: “I’ve had it with this guy,” he told a group of Republican leaders.

McCarthy responded by show how weak and spineless he is:

My statement on the New York Times pic.twitter.com/PWi2WkoWzh

Calling The New York Times a liberal newspaper is hilarious given that they use Trump as an anonymous source in their reporting.

McCarthy is showing America the kind of non-leadership he will provide if Republicans win control of the House and elect him to be the next Speaker.

It is unimaginable that Speaker Pelosi would ever issue such a lie-filled fawning statement designed to suck up to a former president.

Kevin McCarthy is an embarrassment, and if he ever becomes the Speaker of the House, he will go down as one of the worst speakers in the history of the United States.