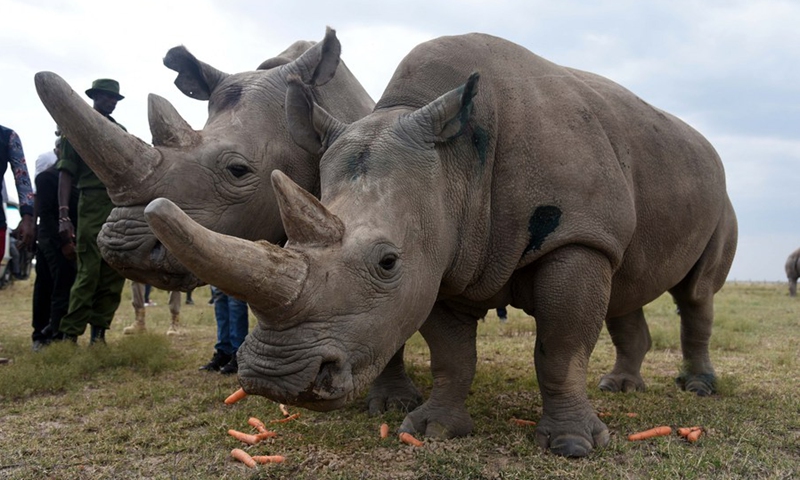 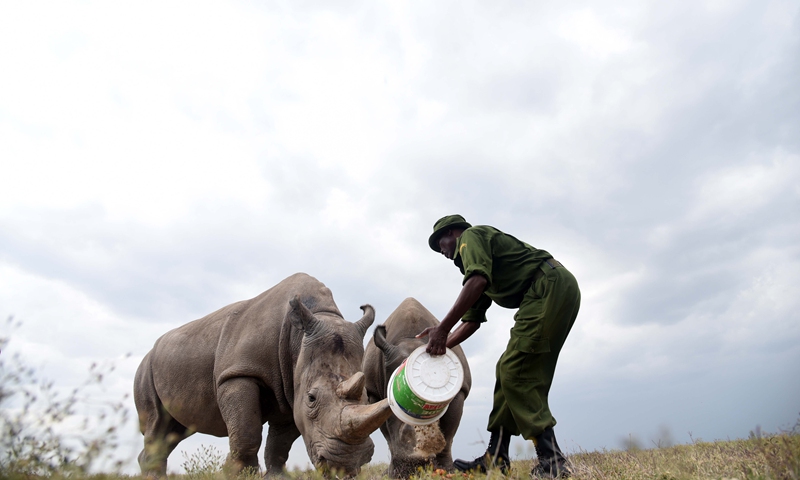 Najib Balala, cabinet secretary for tourism and wildlife, said the creation of three healthy northern white rhino embryos, which brought the total number produced so far to 12, marked a milestone in efforts to halt the extinction of the rare species.

“With 12 pure northern white rhinoceros embryos so far developed, the project should now focus on the next steps of embryos’ transfer into surrogate females,” Balala said in a statement issued in Nairobi.

A consortium of local and foreign scientists in early July retrieved 17 eggs from one of the remaining female northern white rhino sheltered at Olpejeta conservancy in northern Kenya, and airlifted them to Italy for fertilization.

Scientists hailed the genetic diversity of northern white rhino embryos that have been produced so far, expressing confidence in their ability to transition to healthy calves once they are transferred to surrogate mothers.

Kenyan scientists and their counterparts from Leibniz Institute for Zoo and Wildlife Research of Germany and Safari Park Dvur Kralove of the Czech Republic have since 2019 embarked on producing the next generation of northern white rhino species through artificial insemination.

Thomas B Hildebrandt, leader of the BioRescue project that focuses on producing the next generation of northern white rhinos, said the transfer of embryos to surrogate mothers will be conducted by the end of 2021.

He said two southern white female rhinos that have been identified as surrogate mothers are living at an enclosure within Olpejeta conservancy for enhanced monitoring of their ovulation cycles and ensuring that the transfer of the embryos is seamless.

Whither opposition unity in India?