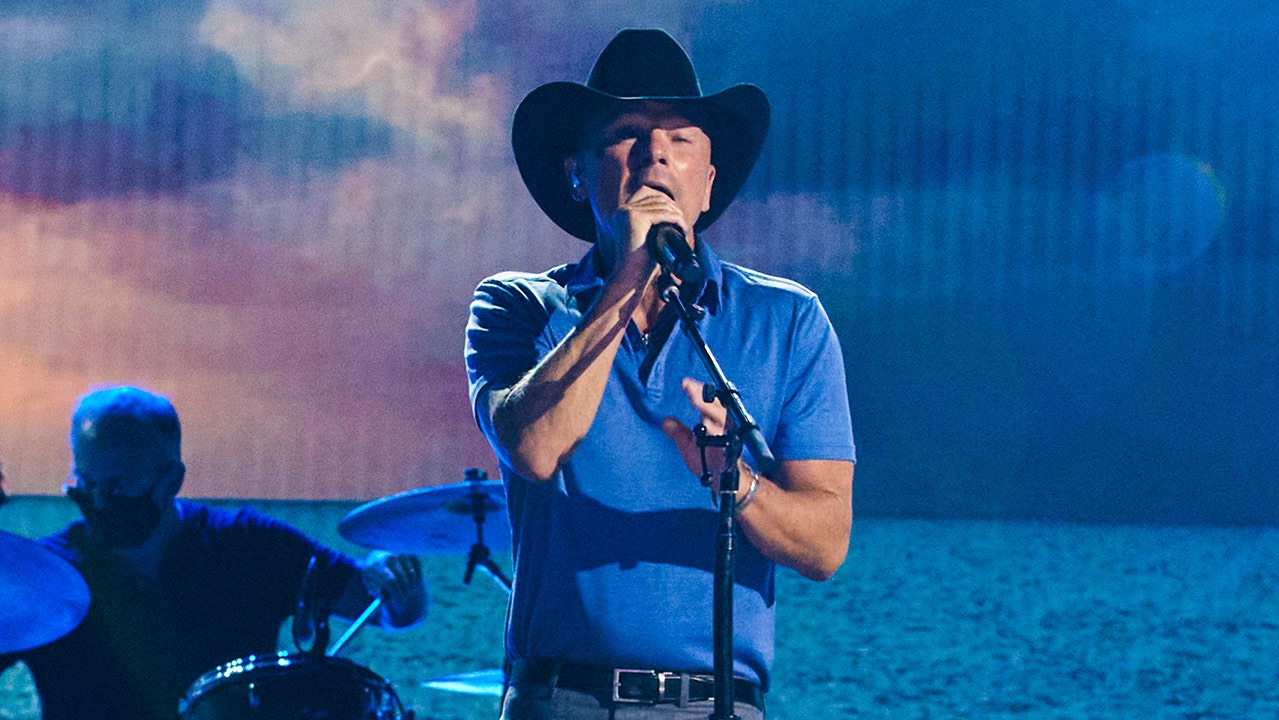 Kenny Chesney has gotten the band back together.

The 53-year-old country star appeared during the Academy of Country Music Awards on Sunday night and performed his song “Knowing You.”

A decorated ACM winner himself, returning to the stage was a big deal for Chesney because he was able to reunite with his bandmates for the first time in two years to do so.

“I hadn’t seen my band in two years so it was good to see them,” the singer told Entertainment Tonight ahead of the performance after rehearsing with his team.

He continued: “You know, it reminded us all what we do for a living because we’ve, for the past couple of years, we’ve had to cancel two years of touring and so I just haven’t seen that many people that you consider family on the road.”

The star explained that the reunion was “really emotional” because he “didn’t realize how much [he] missed everybody.”

The song is also emotional itself, being a tribute to a lost loved one.

“Singing this kind of song, it’s really strange to look up on the screen and see a couple people that you really loved and knew in your life that have passed on and this song is, it fits the moment, really,” recalled Chesney. The performance also led into the evening’s In Memoriam segment.

Kenny Chesney performed ‘Knowing You’ at the Academy of Country Music Awards. (Photo by Brent Harrington/CBS via Getty Images)

“You are an icon @kennychesney!!” wrote a viewer. “Love seeing you back on stage!!!”

“This new @kennychesney feels like old @kennychesney. And I mean that in the very best way,” gushed another. “So, so good. Memory Lane vibes. #ACMAwards.”

“Another great song from one of my favorite male country [artists]!” wrote a third. “Can’t wait to see [you] on the road again Kenny!!”