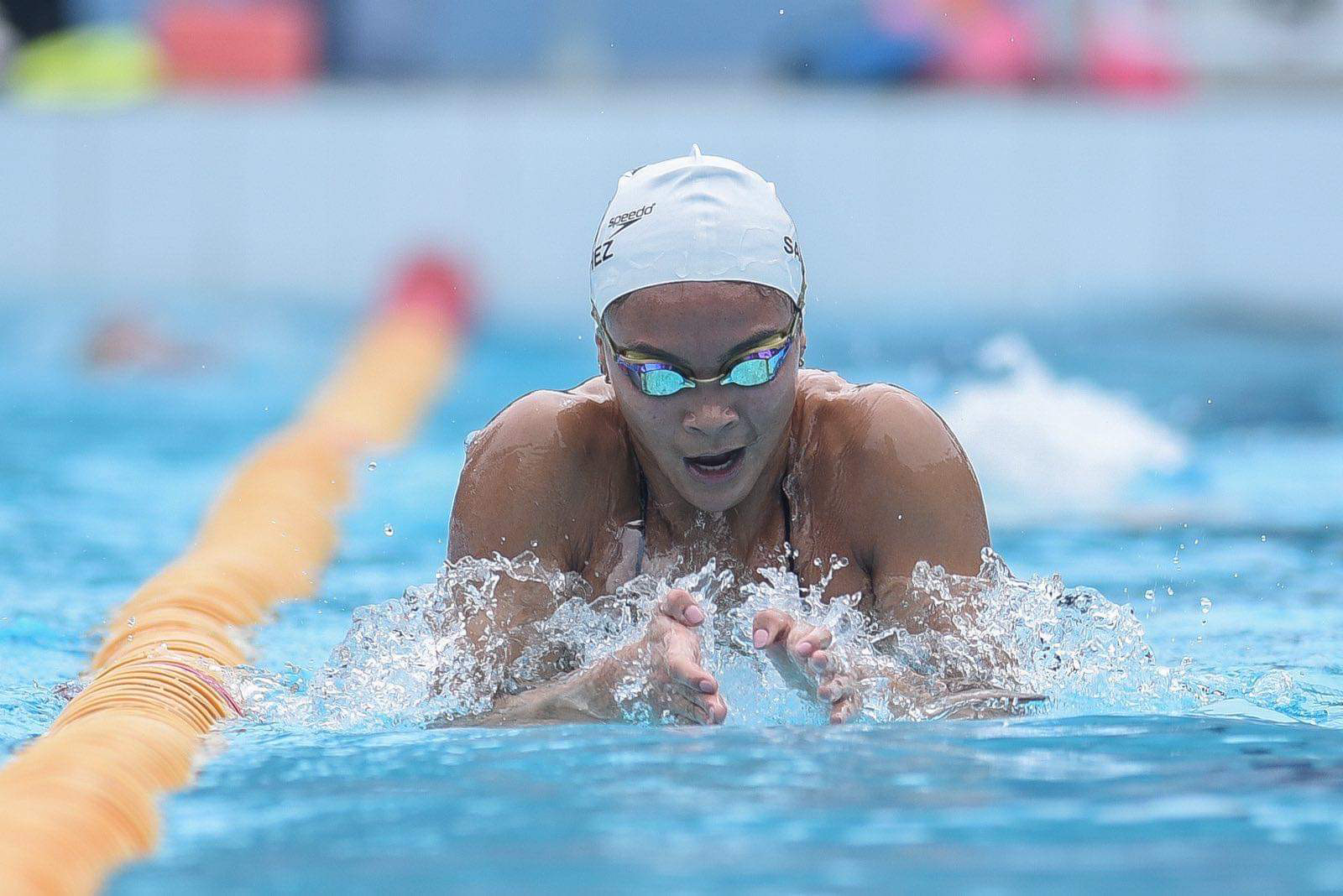 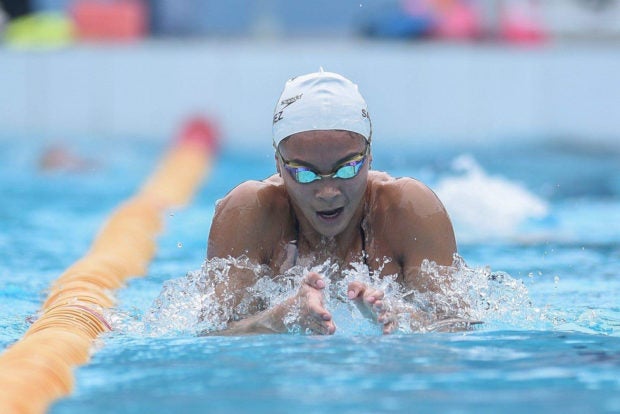 Kayla Noelle Sanchez, here working out with the Philippine team, could be an international medal machine for the country. —JUNE NAVARRO

Kayla Noelle Sanchez gracefully cut through water like a speeding locomotive as the Philippine national junior swim team watched in awe while joining her in practice.

It’s quite too early to say what Sanchez is capable of achieving, but the newest toast of Philippine swimming is capable of bringing the country to the individual medal podium of the Olympics to say the least.

While representing Team Canada last year in Tokyo, Sanchez won relay medals and is seen as a medal hopeful for Team PH in at least two individual events—the 50-meter and 100m freestyle—based on records.

“I still have a lot to learn. I’m happy and excited to meet my teammates. I know I will improve swimming here in a new training environment,’’ said Sanchez after her first training session under PH national coach Sherwyn Santiago at Philsports in Pasig City.

Sanchez owns a personal best of 53.12 seconds in the 100m free she accomplished in the Tokyo Olympics, just a fraction of a second behind Australian Cate Campbell’s 52.52 Olympic bronze medal time.

That clocking is better than the existing Asian Games record of 53.27 set by Japanese Rikako Ikee in the 2018 Asian Games in Indonesia and far superior than the current Southeast Asian (SEA) Games standard of 54.74 set by Singaporean Quah Ting Wen.

Sanchez could quench the country’s thirst for an Olympic medal in 50m free with her best time of 24.68 when she captured the gold medal in the Canadian Olympic trials for the Tokyo Games. Her time was just slower from the bronze medal time of Denmark’s Pernille Blume (24.21).

No Filipino tanker has stepped on the medal podium of the Olympics since Teofilo Yldefonso claimed a pair of bronze medals in the 1928 Amsterdam and 1932 Los Angeles Games.

Sanchez can kick off her stint with the national team in the Fina (International Swimming Federation) World Championships next year in Fukuoka, Japan, after going through a 12-month residency in the country.