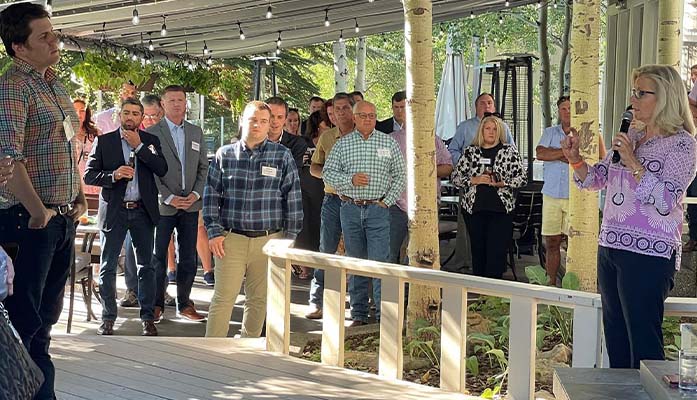 On Sunday, Arizona gubernatorial candidate, Kari Lake, welcomed the news that Neocon darling, Rep. Liz Cheney, will do whatever it takes to ensure that Lake and other American First candidates fail.

Cheney, who lost in the Wyoming primary last month against American First candidate, Harriett Hageman, said this weekend that she would campaign against Lake and Pennsylvania gubernatorial candidate Doug Mastriano, who she characterizes as “election deniers” because they have questioned the fairness of the 2020 presidential race.

In an interview with Maria Bartiromo on Sunday Morning Futures, Lake laughed at Cheney’s denouncement.

In fact, Lake, who now considers herself a conservative Republican, supported former President Barack Obama due to what she believed was his anti-war approach. Over time of course, Obama proved to be a neolib much to the dismay of progressives.

Cheney’s announcement was not just embraced by Lake, conservative pollsters and fellow politicians piled on:

The best thing Liz Cheney can do for Kari Lake is open her big WMD-having mouth in support of Katie Hobbs. https://t.co/EtcjFnOQ8l

Liz Cheney gets crushed in her “home” Wyoming by 40+ points…

But now we are supposed to believe she has the juice to take on @KariLake?

Fann Accuses Hobbs Of Ignoring Secretary Of State Duties, Supports Lawsuit By AGO