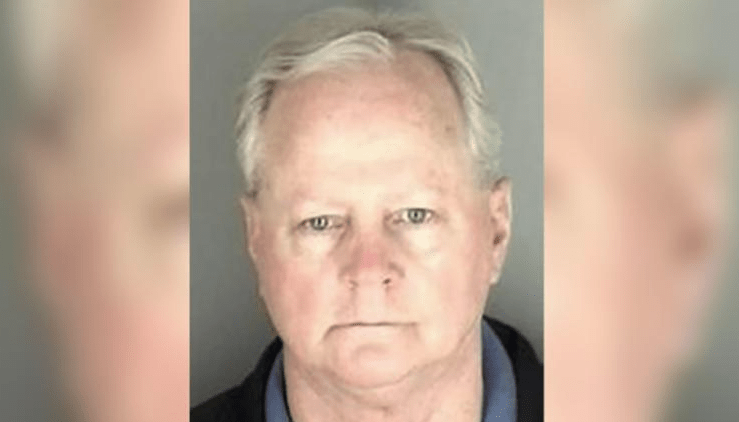 An affidavit obtained by CNN at the time of his arrest describes an entitled drunk using his political power, failing to respond to commands while barely able to walk.

“Walking to the Intoxilyzer room he struggled with keeping his balance and I had to hold him by the arm,” read the affidavit. When requesting a breath sample, he refused, saying, “I don’t feel the need to do so,” the affidavit read. Officers were forced to obtain a search warrant to get a blood sample. Suellentrop was “aggressive” and called one of the officers a “donut boy.”

He was eventually transported to the Shawnee County Jail, but then released without bond after the arrest report was found to be “missing critical information.”

When an arrest warrant was issued 10 days later, the senator turned himself in.

Suellentrop was sentenced to 48 hours in the Shawnee County Jail and will begin serving his sentence Nov. 18.

The judge suspended a six-month sentence for the DUI conviction and 90 days for reckless driving, according to the Kansas Reflector, and the former state Senate majority leader will have to participate in eight therapy sessions and take a substance abuse class. However, eventually, he will be eligible to have the convictions expunged from his record.

At least two of the senator’s constituents thought his sentence was a little underwhelming given he drove the wrong way on an interstate for over 70 miles, reaching a speed of nearly 100 mph at times.

“A felony is considerably different than this little tap on the arm,” Jane Byrnes told the Kansas Reflector. “We were hoping to witness equal justice here today, what anybody else would have gotten,” Michael McCorkle added.

Now, if you’re wondering how Suellentrop’s case was handled in comparison to a Black American man’s case (and not even an average Black citizen, but one with money), look no further than the DUI arrest and sentencing of Ray Donovan actor Pooch Hall.

Hall, identified as Marion Henry Hall in a Los Angeles district attorney’s news release, admitted to driving under the influence with his 2-year-old son in his lap.

The actor was arrested in 2019 in Burbank, California, after his car hit a parked car. He pleaded no contest to a misdemeanor for driving with a blood alcohol level of .08%, and another charge of child endangerment. He was sentenced to three years of probation, a mandatory three-month residential alcoholic treatment program, and one year of parenting classes. His license was suspended for six months.

Needless to say, there’s inequity in sentencing and nothing shows it more clearly than the senator versus the actor … who just happens to be Black.

US withdrawal from Afghanistan complete