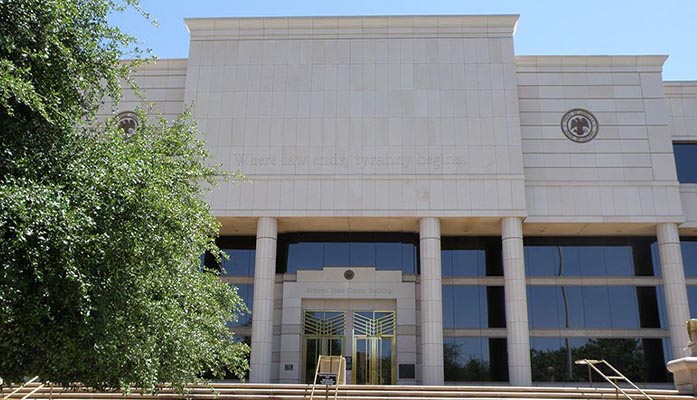 That is one of the questions posed to the Arizona Supreme Court on Tuesday involving Senate Bill 1828, the omnibus appropriations bill signed into law by Gov. Doug Ducey in June 2021. If certain predesignated thresholds are met, SB1828 calls for a new “flat” income tax rate of 2.5 percent to replace Arizona’s current four tax rates.

SB1828 could result in a $1.9 billion tax cut for Arizonans starting in 2025 if implemented. But for now, the new law is on hold due to actions by the Invest In Arizona political committee, which believes voters should be able to reject an overhaul of the state’s tax rate.

Invest In Arizona, which is sponsored by Arizona Education Association and Stand for Children, submitted signatures on referendum petitions to Arizona Secretary of State Katie Hobbs last fall. Hobbs later announced the matter would be placed on the November 2022 General Election ballot as Proposition 207.

However, the Arizona Constitution prohibits a voter referendum of a law which preserves the public’s “peace, health, or safety” or of a law enacted by the Legislature “for the support and maintenance” of the state government and state institutions.

The Arizona Free Enterprise Club and several of its members challenged the referendum action, arguing that the newly passed 2.5 percent tax rate law is a legislative act for “the support and maintenance” of the State and as such cannot be referred to voters.

A Maricopa County judge agreed that appropriations / expenditure bills cannot be referred to voters. But SB1828 raises -not spends- funds and therefore is not exempt from referendum, according to the judge. The judge also cited testimony that a 2.5 percent income tax rate could reduce the amount revenues raised to pay for appropriations.

“Since S.B. 1828 did not appropriate state funds or generate necessary revenue, the court reasoned it does not fall within the ‘support and maintenance’ exception in the Arizona Constitution, and voters have a constitutional right to vote on it,” according to a case summary prepared by the Arizona Supreme Court. It is that ruling which was front and center with the justices during Tuesday’s oral arguments.

The justices must address three issues related to the effort by Arizona Free Enterprise Club to protect the flat tax rate:

The Goldwater Institute filed an amici curiae (friends of the court) brief in support of the plaintiffs along with the Arizona Attorney General’s Office.