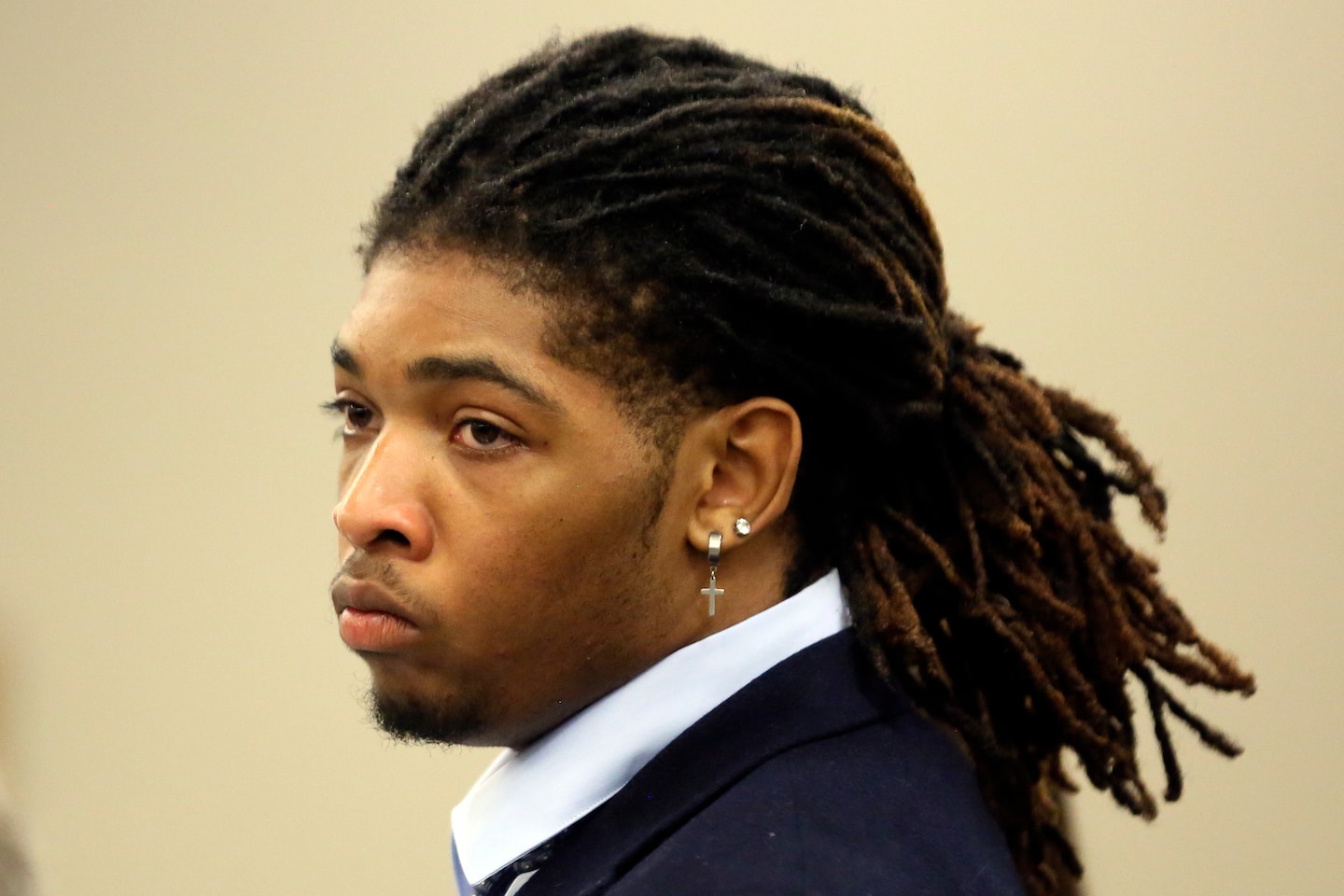 CHRISTIANSBURG, Va — Jurors began deliberations Friday afternoon in the murder trial of a former college football player accused of fatally beating a man he says he initially believed from a Tinder match to be a woman.

Former Virginia Tech football player Isimemen Etute, 19, is charged with second-degree murder in the 2021 death of Jerry Smith, 40, of Blacksburg.

Prosecutors have told the jury that Etute, then 18, became enraged and fatally beat Smith when he discovered Smith was a man. One of the prosecutors said at closing arguments Friday that Etute gave different versions of events to police and the jury, and that the charge he faces may have been enough for him to change his testimony.

“He has a tremendous amount riding on this trial,” said Montgomery County Chief Deputy Commonwealth’s Attorney Patrick Jensen during his closing argument, The Roanoke Times reported.

Defense attorney Jimmy Turk told the jurors Friday that the commonwealth’s evidence was circumstantial, while the defense’s evidence, which included the testimony of Etute, was direct.

In taking the stand earlier in the week, Etute had testified that he felt “violated” when he discovered that the Tinder match he believed to be a woman was actually a man.

Jensen recalled the testimony of medical examiner Dr. Amy Tharp, who Jensen said testified Smith had been the victim of a “brutal beating.”

Jensen said that while Etute was wearing flip-flops at the time of the encounter, those shoes were attached to a “big person” and a “strong person.” He compared Etute, an “elite college athlete,” to Smith, who weighed 153 pounds (just under 70 kilograms).

Turk said Smith was “controlling the entire environment and the entire episode.” He said Smith had “demanded that it be dark” and had hidden a knife under his mattress “in case there was something awry.”

Turk also argued that police didn’t ask Etute essential questions about Smith’s knife or Etute’s fear while in the apartment, two questions whose answers could have shown whether Etute was afraid for his life and acted in self-defense.

On Thursday, Etute had testified that Smith reached for what Etute thought was a gun. Smith did not own a gun, but police found the knife between his mattress and box spring.

Etute said he punched Smith five times and kicked him to gain time to escape the apartment.

Jensen maintained that Etute had not acted in self-defense. He argued that after Etute punched Smith and Smith fell to the floor, there was “no way” Smith could have reached a weapon under his mattress.

“He could never reach a gun from there,” Jensen said.