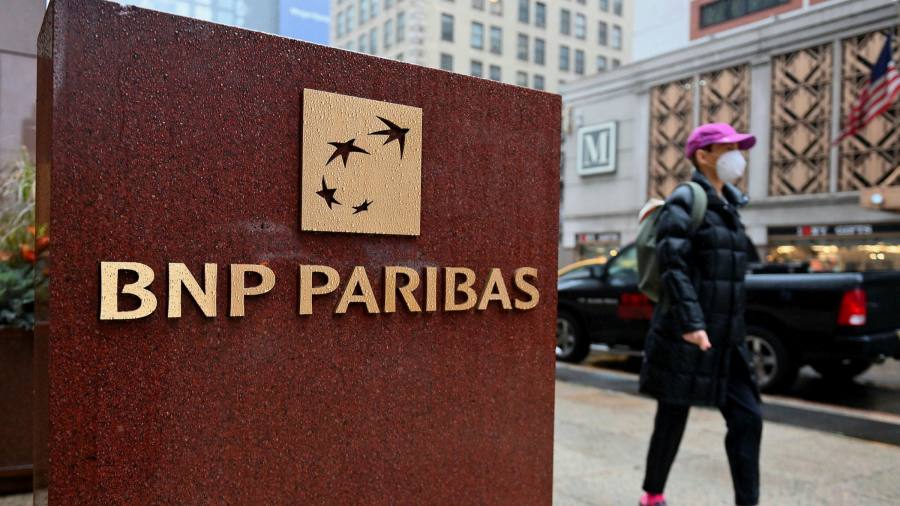 BNP Paribas hinted the worst of the pandemic impact could be over even as an increase in provisions for potentially bad loans lowered the French bank’s fourth-quarter profits.

France’s biggest bank reported that net income fell 13.9 per cent in the quarter to €1.6bn, but it still beat analysts’ expectations of closer to €1.2bn.

Revenues slid 4.5 per cent to €10.8bn, roughly in line with what analysts had pencilled in.

The bank’s cost of risk, which reflects provisions for potential defaults, rose by two-thirds over the same period last year to hit €1.6bn, ahead of expectations. That increase brought the total for the year to €5.7bn, a 79 per cent jump over 2019.

However, the bank’s trading results missed analysts’ forecasts and BNP warned that the jump in fixed-income activity experienced by the sector in 2020 would likely not carry over into this year.

Fixed-income revenues were up about 22 per cent at €1bn while equity trading revenues came in at close to €500m, which was 4 per cent down on the same period last year. Both were below analyst expectations of €1.24bn and €568m respectively.

BNP said that low interest rates would “continue to impact heavily interest income at retail banks” and that its debt trading division “is unlikely to experience the same magnitude of revenues that it generated in 2020 on the back of exceptionally intense client activity”.

The bank was more upbeat about the rest of the year, saying that “a gradual rebound in economic activity is expected from the second half of 2021”. It also hinted that provisions may have peaked. The bank expects its cost of risk to decline back towards average levels during the year.

BNP said revenues are “likely to trend upward next year” and costs to be flat, while it intends to pay out its usual 50 per cent of 2021 net income to shareholders. It will review that policy as part of its 2025 strategic plan.