Judge: State can get medical files in ex-Raider Ruggs’ case 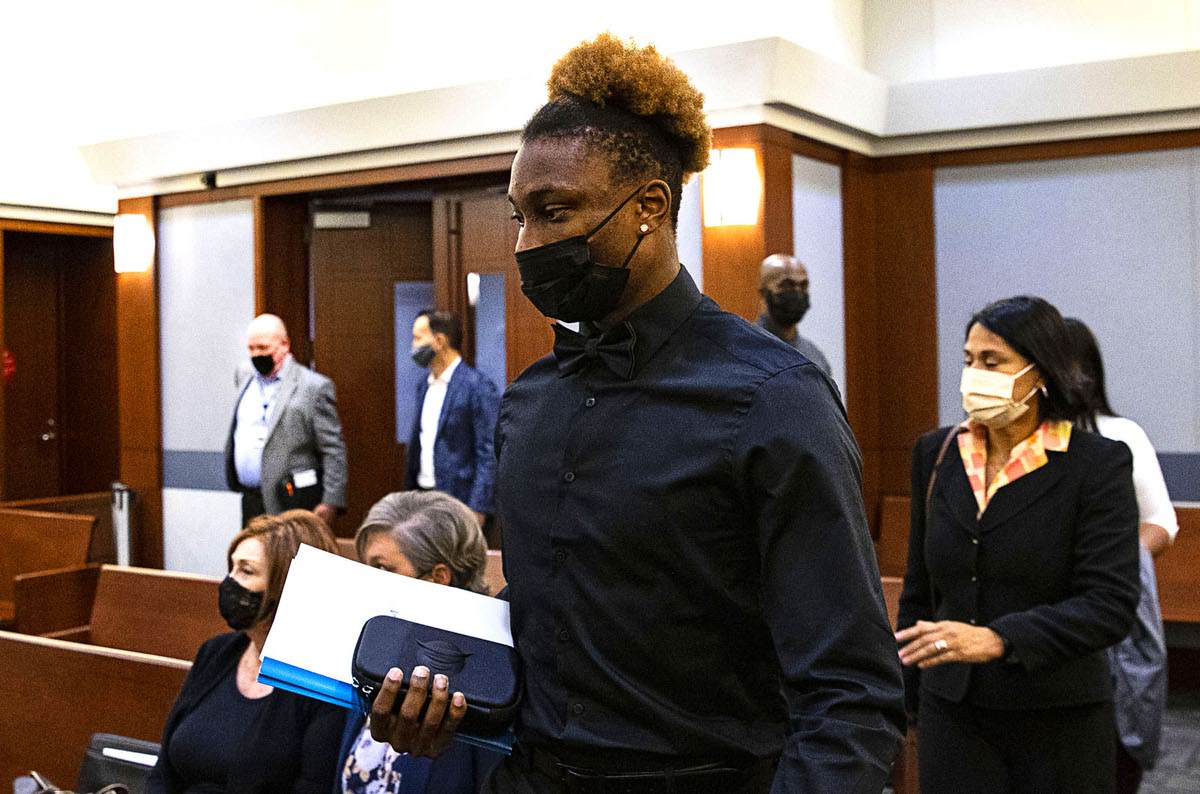 Henry Ruggs, former Raiders wide receiver, accused of DUI resulting in death, arrives at the courtroom during his court hearing at the Regional Justice Center, on Monday, Nov. 22, 2021, in Las Vegas.

Attorney Peter Christiansen did not immediately respond Friday to messages about whether he’ll appeal to the Nevada Supreme Court. The judge issued the ruling on Kiara Jenai Kilgo-Washington’s medical files April 27.

A preliminary hearing of evidence in the case against Ruggs has been delayed by postponements and legal moves by Christiansen and Ruggs’ attorneys, David Chesnoff and Richard Schonfeld.

Las Vegas Justice of the Peace Ann Zimmerman on Wednesday rescheduled it for June 16.

In court filings, Christiansen has argued that Kilgo-Washington is not charged with a crime and her health information is protected by federal and state doctor-patient confidentiality laws.

Tina Tintor, 23, died while her vehicle burned, despite efforts from bystanders to free her from the wreckage, according to coroner records and witness accounts.

Ruggs, 23, a former first-round NFL draft pick, was released by the Raiders hours after the wreck. He remains on house arrest with electronic GPS and alcohol monitors.

Ruggs faces a mandatory two years in prison and possibly more than 50 years if he’s convicted of driving under the influence causing death and substantial injury. He also is charged with misdemeanor gun possession after police reported finding a loaded handgun in his demolished Chevrolet Corvette.

Kilgo-Washington and Ruggs have a young daughter together.

Hans Niemann: Chess player accused of cheating 'not backing down'