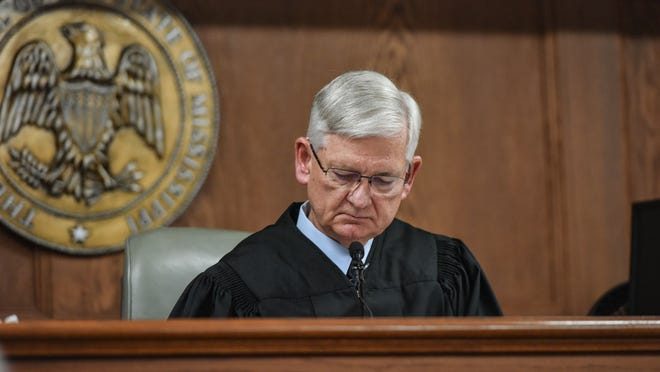 The specially appointed retired Meridian Judge Larry E. Roberts ruled Friday that Lumumba acted beyond the scope of his authority last March in vetoing the city council’s denial of the contract with Richard’s Disposal Inc.

The New Orleans based company has been collecting waste within the city since April 1 under an emergency contract issued by the mayor.

Friday’s ruling appears to make that contract invalid, but Lumumba said he anticipates a potential appeal to the Mississippi Supreme Court.

Roberts, who was assigned the case after Hinds County judges recused themselves, stated in a bench opinion that a mayor’s authority to veto is limited to affirmatively adopted ordinances.

“To me this constitutes an inaction on the part of the council. When a matter is not passed by the city council the mayor does not have the power to veto an inaction,” Roberts said, citing an 1898 opinion by the Mississippi Supreme Court as well as more recent opinions issued by the Attorney General.

“I disagree with the court’s opinion,” Lumumba said after the hearing. “We will be looking at the possibility of an appeal and want to make it clear that the issue here is a complex one,” he said.

Similar cases have been met with different rulings in different courts, Lumumba said.

Attorney John Scanlon, representing the council argued that “nothing was adopted” in the council’s decision to deny the contract with Richard’s. As such, he said, there was no action by the council that would be subject to a mayoral veto.

“You have to have an affirmative vote. If the mayor is given the right to veto a negative vote the city council would be stripped of its right to govern,” Scanlon said.

The council by a split vote rejected the contract with Richard’s on four occasions.

Attorney Jessica Ayers, representing the mayor, argued that the contract rejection was, in fact, an official action by the council, and that the mayor was within his rights to veto.

Ayers also noted that the council could have exercised their right to override Lumumba’s vetoes.

“They failed to do that,” Ayers said.

Attorneys for the council introduced 10 documents into evidence at the beginning of the hearing which they stated were minutes from meetings where the contract with Richard’s was voted down.

The issue of who will collect waste in the city now appears to be back at square one.

“It’s a good question,” said newly elected council president Ashby Foote of Ward 1, when asked how the city will move forward with a waste collection contract. “There are a number of different scenarios.”

To the issue of how or when Richard’s Disposal will be compensated for their work already performed, Ward 5 councilman Vernon Harley insisted, “They will not get my vote to be paid without a legal contract.”

Any such payment would be illegal under state law, he said.