Judge overrules Cook County Electoral Board, says rival to Sheriff Tom Dart should be put back on ballot – Chicago Tribune 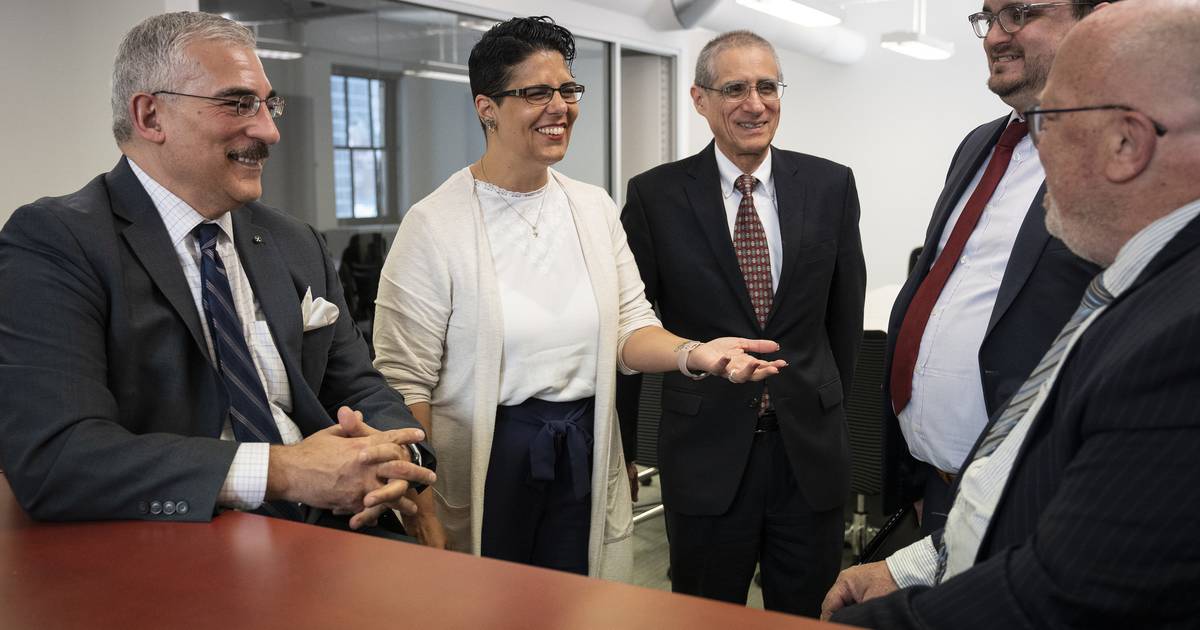 Nearly three weeks after being declared ineligible to run in the Democratic primary, one of Cook County Sheriff Tom Dart’s main rivals was allowed back in the race Monday by a Cook County judge, who ruled the county Electoral Board erred in removing her from the ballot.

Carmen Navarro Gercone’s successful appeal of a decision by the Cook County Electoral Board comes with little more than a month to go before the June 28 primary. Dart’s campaign had argued that she was ineligible to run under a controversial new state law that requires sheriff’s candidates to be registered law enforcement officers.

In a tersely worded ruling on Monday, Judge Nichole Patton called the board’s actions “a clear dereliction of duty” and said the board’s decision incorrectly relied on an interpretation of the law from the Illinois Law Enforcement Training and Standards Board.

“The (Electoral) Board failed to decide any factual issues. The Board failed to make an independent ruling. The Board merely threw up its hands and made an unprecedented stance to assign their statutory duties to another agency,” Patton wrote in her ruling.

At a news conference on Monday, Navarro Gercone praised the judge’s decision and said she hopes that “the voters are ready” to tackle issues such as electronic monitoring reform, the sheriff’s office’s methods for handling warrants and better training for police and correctional officers.

The Dart campaign plans to appeal Patton’s ruling “so voters can have faith that they will be actually voting on candidates who are lawfully eligible to hold the office of Cook County Sheriff,” campaign spokesman Joe Ryan said.

“It is incredibly important for Cook County voters to know that those running for Office are legally qualified to hold that Office,” Ryan said in a text message. “Sheriff Dart had nothing to do with creating this law, but he is nonetheless bound to follow it just as are all candidates.”

Navarro Gercone was kicked off the primary ballot under a law that took effect this year requiring anyone running for a sheriff’s position in Illinois to be a certified law enforcement officer. While she was never a sworn police officer, Navarro Gercone had training as a corrections officer, and was once a sergeant, a lieutenant and an assistant chief at the sheriff’s office.

This new state law was tucked deep within the 700-page Safety, Accountability, Fairness and Equity-Today law, or SAFE-T Act, that was signed by Gov. J.B. Pritzker in 2021.

Dart, Cook County’s sheriff for 16 years, was once a prosecutor but never a sworn police officer. While his status is not an issue because he is grandfathered in under the new law, Dart received a law enforcement certification late last year, according to state records.

The board that took the 2-1 vote to take Navarro Gercone off the ballot was made up of designees from three countywide officeholders — Cook County State’s Attorney Kim Foxx, Cook County Clerk Karen Yarbrough and Cook County Circuit Court Clerk Iris Martinez, who has endorsed Navarro Gercone.

Martinez had drawn criticism from Dart’s campaign for not recusing herself or her board appointee because in addition to endorsing Navarro Gercone, she is also her current boss.

In February, one of the chief sponsors of the SAFE-T Act, state Rep. Justin Slaughter, a Chicago Democrat, told the Tribune that the controversial provision was added to the legislation at the behest of the Illinois Sheriffs’ Association. But he did acknowledge there have “been several questions, which I think, to be honest with you, need to be sorted out.”

Jim Kaitschuk, executive director of the sheriffs’ association, said in February he thought the new rule was fair because “most people have the expectation that a sheriff is a cop,” while declining to comment on the specifics of the Cook County sheriff’s race.

Dart’s other challengers in the Democratic primary are Chicago police Sgt. Noland Rivera and LaTonya Ruffin, who has worked as a south suburban police officer.

In wake of Highland Park massacre, law on firearms restraining orders in Illinois seen as confusing and underused