Judge indefinitely halts moratorium on most deportations. But Biden can still act in other ways 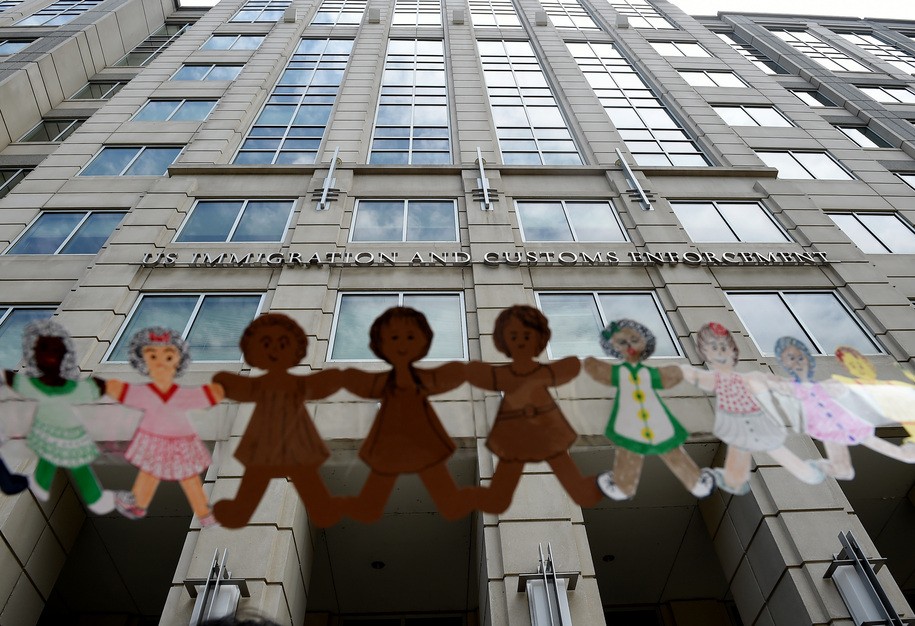 The AP reports that Tipton’s initial ruling late last month “did not require deportations to resume at their previous pace. Even without a moratorium, immigration agencies have wide latitude in enforcing removals and processing cases.” This is where Immigration and Customs Enforcement (ICE) has its options to not deport individuals. It can simply decide to not deport someone—and has in fact already backed down from efforts in a number of high-profile cases.

Earlier this month, ICE backed down from deporting 65-year-old Saheeda Nadeem, who’d been in sanctuary inside a Michigan church for nearly three years. Then last week, ICE also said it would no longer prioritize for deportation Edith Espinal, an Ohio mom who’d been in sanctuary for even longer than Nadeem. Nor did Tipton block President Biden’s Jan. 20 memo setting new ICE priorities.

“It was not immediately clear if the Biden administration will appeal Tipton’s latest ruling,” the AP reported. “The Justice Department did not seek a stay of Tipton’s earlier temporary restraining order.”

It absolutely should fight this decision even as it acts on individual deportation cases, with legal and policy experts noting that Tipton himself admitted he’s clueless about immigration policy. “Tipton does not appear to have a rudimentary understanding of either immigration law or the practical realities of the immigration system,” Mark Joseph Stern wrote following his initial decision.

Tipton’s decisions have stemmed from a lawsuit launched by the very-corrupt Republican attorney general of Texas, Ken Paxton. He claimed that a last-minute agreement signed by unlawfully appointed former Department of Homeland Security (DHS) Deputy Ken Cuccinelli gave him say over any future changes Biden’s DHS would try to implement. Legal experts mocked the agreement, calling it “completely unmoored from legal, constitutional ways of implementing policy.” Paxton’s handpicked, no-nothing judge went ahead with the scheme anyway.

However, not all of Cuccinelli’s shenanigans have continued uninterrupted. The Biden administration last week rejected the highly questionable agreement that the anti-immigrant loudmouth signed with the union representing ICE. That document, signed into place on the last full day of the previous president’s administration (nope, nothing sketchy going on there at all!), would have given the ICE union veto power over whatever changes and policies the new administration sought to implement.

Under law, the new administration had 30 days to “approve or disapprove” the agreement, BuzzFeed News reported. With just hours left to spare until that deadline and under pressure from over 100 groups including Daily Kos, it disapproved it.

The fight to stop deportations must also continue, advocates urged. Over 120 law experts have also recently called on DHS Sec. Alejandro Mayorkas to use his “significant legal authority” to do so. “Allowing these deportations to continue means that families will be torn apart and that people who have the opportunity to seek relief in the United States will be returned to danger,” ACLU of Texas attorney Kate Huddleston said.” At the same time that Texans face a long recovery from a deadly winter storm, Paxton is inflicting yet another trauma on our communities by creating fear and uncertainty.”

Can Washington sooth tensions across the Atlantic?