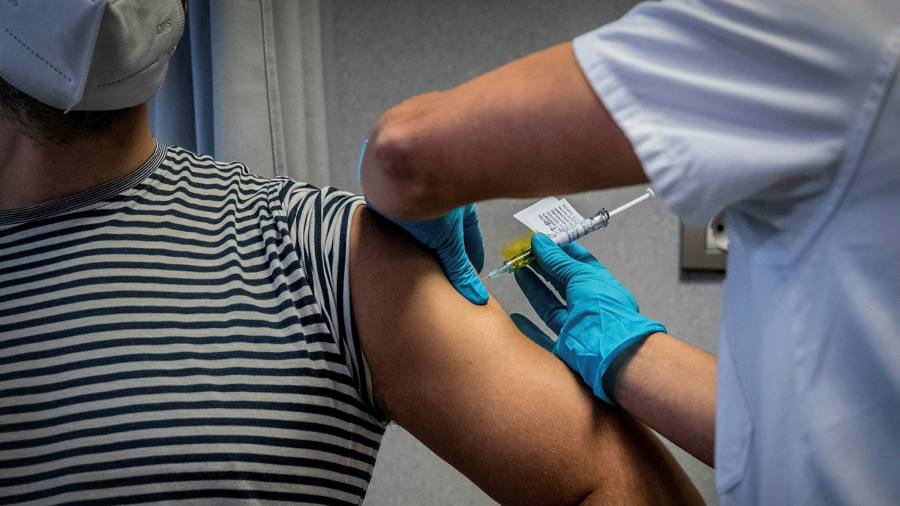 Johnson & Johnson’s coronavirus vaccine has shown an overall 66 per cent efficacy rate at preventing moderate and severe Covid-19, although trial results indicate it is less effective against the virus variant first discovered in South Africa.

Anthony Fauci, chief medical adviser on Covid-19 to the White House, said the results were a “wake-up call” about the need to adjust to the new variants — and other new strains that he said were certain to evolve.

The vaccine was 57 per cent effective in South Africa, where the 501.v2 variant first emerged, compared with 72 per cent in the US and 66 per cent in Latin America. The results come after vaccine makers Novavax and Moderna announced plans for trials of new boosters or shots designed to tackle the 501.v2 variant, since their jabs appeared to be less effective against it.

“Now we have two real-world clinical consequences, and we can see that we are going to be challenged,” Dr Fauci said, adding that it was another incentive to vaccinate people as fast as possible. The 501.v2 variant was discovered in the US for the first time this week, in two unconnected adults in South Carolina who had not recently travelled, stoking concerns that infectious new variants could fuel a new surge in infections.

J&J is preparing to test a new formulation that could be targeted at the 501.v2 variant, but Mathai Mammen, global head of research and development for Janssen, J&J’s pharmaceuticals division, said he was not sure it would be necessary.

“We do see that not a single South African after 28 days post-vaccination ended up needing to go to the hospital,” he said.

The J&J data is the first from a phase-3 trial of the first single-dose vaccine. The efficacy rate, calculated by comparing incidence of disease in people who took a placebo to participants who received a vaccine in the trial, suggests two-thirds of people exposed to the virus will not develop moderate or severe disease.

The rate reported on Friday by the world’s largest healthcare company is lower than that of jabs that are already authorised from BioNTech/Pfizer, Moderna and Oxford/AstraZeneca. The rate is also not directly comparable because the trial excluded mild cases of the disease.

Dr Fauci said the J&J result would have been welcomed as “absolutely spectacular” had more effective vaccines not preceded it.

“More important than whether you get some aches and a sore throat is . . . if you can prevent severe disease in a high percentage of individuals. That will alleviate so much of the stress and human suffering and death,” he said.

The J&J vaccine was 85 per cent effective at preventing severe Covid-19. Twenty-eight days after the jab, it offered “complete protection” from hospitalisation and death. Protection was consistent across age groups, including the over-60s, the company said, and there was a “very significant benefit” from two weeks after the jab.

Alex Gorsky, J&J’s chief executive, called the results a “critical milestone”. The company intends to file for a US emergency use authorisation in early February and, if granted, will immediately be able to ship vaccines.

“Our goal all along has been to create a simple, effective solution for the largest number of people possible, and to have maximum impact to help end the pandemic,” he said.

The trial included almost 44,000 participants and accrued 468 symptomatic cases of Covid-19, across both groups that received the placebo and those that received the vaccine. No significant safety concerns were reported.

J&J has promised to price the inoculation on a “non-profit basis” for the duration of the pandemic — about $10 a shot. The US, UK and EU have struck deals for the J&J vaccine of at least 100m, 30m and 200m doses, respectively.

As countries grapple with supply shortages, the J&J jab could help expand supply in a simplified form with just one shot. It does not require ultra-cold temperatures for transportation and storage, and can be kept at between 2C and 8C for three months.

“A one-shot vaccine is considered by the World Health Organization to be the best option in pandemic settings, enhancing access, distribution and compliance.”.

Novavax reported an efficacy rate of 89 per cent in a UK phase-3 trial and said late on Thursday it was likely to file for authorisation in the UK by early February.

Europe is at present at loggerheads with AstraZeneca over the supply of the vaccine it developed with Oxford university after manufacturing problems prompted the drugmaker to disclose it would supply fewer doses in the first quarter of the year.

Universal Music: how much is the world’s biggest label worth?