Johnson bemoans treatment by media in speech to GOP activists 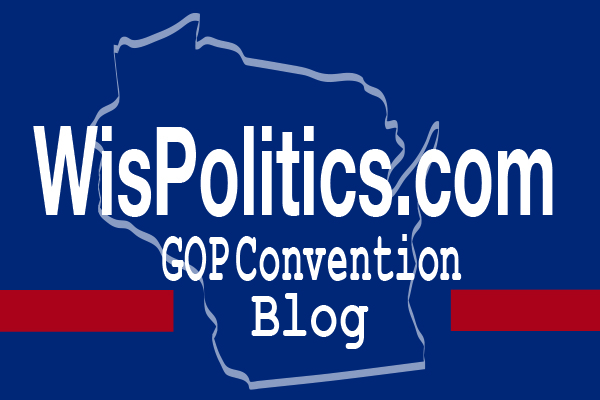 U.S. Sen. Ron Johnson told party activists Saturday he has the worst opponent that any candidate could have — the media.

Johnson, R-Oshkosh, used his speech at convention to tick off a list of grievances with the media, who he accused to twisting his words and distorting the truth about his record.

Johnson defended himself over doubling his wealth while he’s been in office, the tax cut for businesses that he helped push through and the questions he’s raised about COVID-19.

He railed against the “COVID cartel,” which he defined as the Biden administration, health agencies, corporate mainstream media and social media companies.

Johnson took a shot at Wisconsin’s Gannett newspapers, which ran a story on the senator’s comments about COVID-19 with a headline saying he was “fundamentally dangerous.”

“I guess there’s some truth to that headline because I’m so fundamentally dangerous to the COVID cartel,” Johnson said.

Johnson has regularly been accused of spreading misinformation about COVID-19. A Marquette University Law School Poll in February found 31 percent of Wisconsin voters trust a great deal or a fair amount of what the U.S. senator says about the coronavirus and treatments. Sixty-one percent said they don’t trust what he says on the topic much or at all.

Johnson insisted the media would cover him differently if he were a Democrat.

Opponents have run ads against Johnson criticizing him for doubling his wealth since taking office. Johnson, as he has before, noted he put his assets into cash when he took office to avoid conflicts of interest. Had he kept them in the market, he would’ve quadrupled his worth. He argued the story shouldn’t be about his wealth doubling, but the steps he took to avoid conflicts of interest.

Opponents have also run ads knocking Johnson for holding up a 2017 tax package unless a provision he wanted was included that benefited businesses. Opponents have accused Johnson of pushing the break to benefit himself and his supporters.

“Ron Johnson made it perfectly clear that he will continue pursuing his self-serving agenda that only enriches himself and his biggest donors while leaving Wisconsinites behind,” Shulman said.