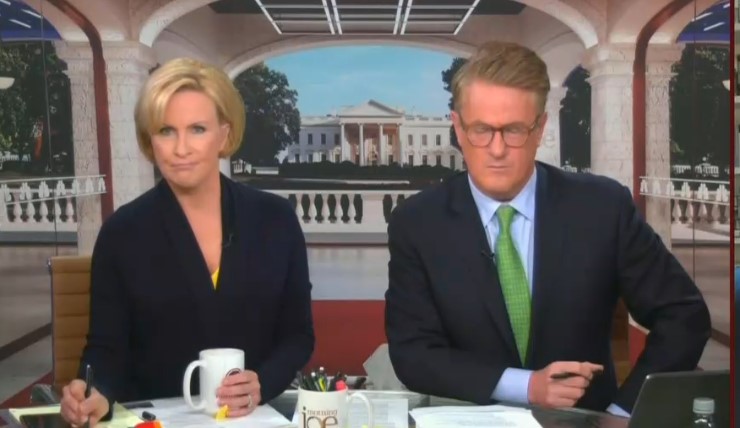 Republicans don’t have a lot of policy ideas for when they are in power, never mind when they are out of power, at least in the White House. Whenever a Democrat is president, Republican policy is to obstruct bills and investigate to find damaging facts on any Democrat, especially the president. This, of course, makes the “Lock her up!” crowd very happy. But it doesn’t make a majority of Americans happy. This reality is especially true when Republicans fixate on impeachment when it’s utterly obvious that they don’t even have a crime to prosecute. It is pure payback. Joe Scarborough noted that he’s hearing talk of impeachment from Republicans on the stump, and it could come back to haunt them in the midterm.

“I couldn’t agree more. I haven’t really thought about it that much; looking forward to Republicans getting in there and impeaching Joe Biden. They talked about it. We had just said earlier in the show there are only two examples of the party out of power blowing it in midterm elections. One was after Sept. 11, where Republicans did much, much better than anybody expected, beat all the historical trends

“The other, though, when I was there in 1998, during impeachment, Republicans were sure they going to do extraordinarily well. It blew up politically in their face, and Democrats and Bill Clinton did much better. We expected this to push Bill Clinton to the side. In the end, it cost Newt Gingrich his job.”

“So impeachment, for the most part, makes the party base feel great. It is a political loser.”

Yes. Joe Scarborough is thinking about moderate women in Georgia who, under the right circumstances, might vote Republican but are turned off by the fact that Republicans won’t help get a national law protecting abortion (the opposite, actually). The same could be said for Arizona, Ohio, Pennsylvania, North Carolina, and even Florida.

They, along with many sensible men, don’t want to hear about a plan to give the administration a colonoscopy as “payback” for the investigations into Trump, which is all they would be. The MAGAs expect that payback, indeed, demands it. Most Americans know it’s all just smoke and mirrors. They have nothing else. The more they pump full-blown impeachment hearings, the more they hurt themselves in the run-up to the mid-terms.

@JasonMiciak believes a day without learning is a day not lived. He is a political writer, features writer, author, and attorney. He is a Canadian-born dual citizen who spent his teen and college years in the Pacific Northwest and has since lived in seven states. He now enjoys life as a single dad of a young girl, writing from the beaches of the Gulf Coast. He loves crafting his flower pots, cooking, and currently studies philosophy of science, religion, and non-math principles behind quantum mechanics and cosmology. Please feel free to contact for speaking engagements or any concerns.