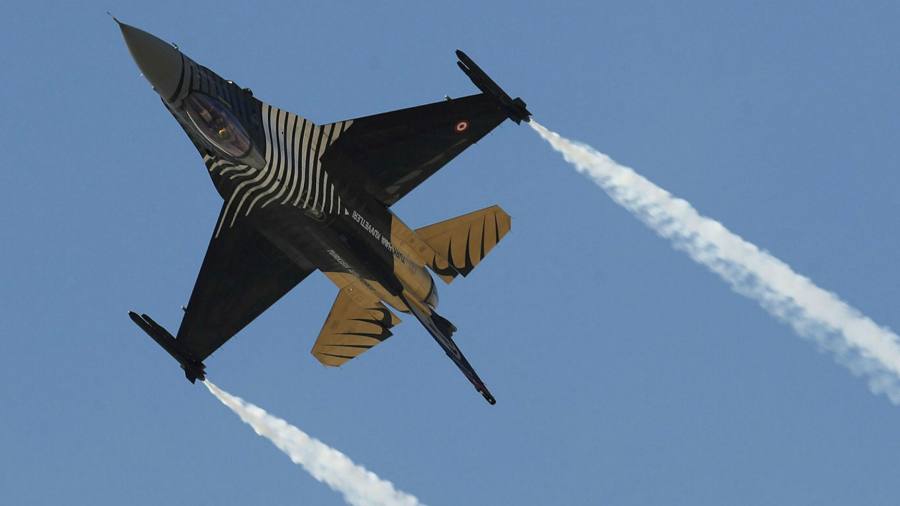 President Joe Biden’s administration has expressed public support for Turkey’s purchase of US F-16 fighter jets after Ankara dropped its objections to Finland and Sweden’s bids to join Nato.

Celeste Wallander, assistant secretary of defence for international security affairs, said the US “fully supports” Turkey’s plans to modernise its F-16 fleet in comments that represented Washington’s strongest public backing for the request since it was lodged by Ankara last October.

With relations between the two countries fraught, President Recep Tayyip Erdoğan had accused the US of “stalling tactics” over the deal.

US officials said Washington did not offer Turkey anything to secure Ankara’s backing for Sweden and Finland’s push to join the western defence alliance, but they said the public approval appeared to help the atmosphere.

However, any F-16 sale would have to be approved by Congress at a time when there is deep disillusionment on Capitol Hill with Erdoğan’s increasingly authoritarian leadership.

Wallander said a sale would “need to be worked through our contracting processes”. She added: “The United States supports Turkey’s modernisation of its fighter fleet because that is a contribution to Nato security and therefore American security.”

In February, prior to Russia’s invasion of Ukraine, more than 50 US lawmakers led by Democratic congressman Frank Pallone of New Jersey sent a letter to secretary of state Antony Blinken and defence secretary Lloyd Austin urging them to reject Turkey’s request because Ankara had ignored its commitments to the US and Nato and because Erdoğan’s government continued to commit “vast human rights abuses”.

Biden played a part in the intense diplomacy in the lead-up to the Nato summit in Madrid on Tuesday, when Turkey dropped its objections to allowing Sweden and Finland to join Nato.

The US president spoke by phone with Erdoğan ahead of a meeting between Turkey’s president and the leaders of Sweden and Finland. At that meeting, the three nations struck a deal that sought to address Ankara’s concerns about their commitments to combating terrorism.

Biden also met on the sidelines of the gathering with his Turkish counterpart, who has long sought a one-on-one meeting.

The US president singled out Erdoğan’s efforts to help Sweden and Finland join Nato and get grain out of Ukraine, where Russia is blockading the Black Sea. “You’re doing a great job,” Biden said to Erdoğan at the start of their meeting.

Neither mentioned the F-16s. Erdoğan said he was pressing diplomatic efforts to get grain out of Ukraine. “There are countries deprived of the grains, and we will open corridors, and we will allow them to have access to the grains that they so need,” he said.

Ties between Washington and Ankara have been tense in recent years, with disagreements on issues including US support for Kurdish militias in Syria and Ankara’s ties with Moscow.

The US removed Turkey from its advanced F-35 fighter jet programme and imposed sanctions on its defence industry after Erdoğan purchased a Russian-made S-400 missile defence system, which US officials said posed a threat to the next-generation aircraft.

Facing a crisis in its air force, Turkey asked the US to grant approval for a request to buy 40 new Lockheed Martin F-16s, as well as modernisation kits to upgrade about 80 of its existing jets. US officials on Wednesday said both issues would be challenging to move through Congress, but the modernisation kit request was further along. 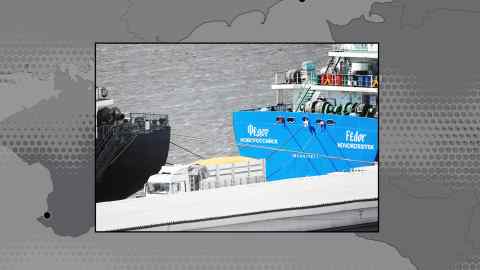 Analysts and diplomats said Moscow’s war on Ukraine has created a renewed impetus for western capitals to improve troubled ties with Turkey, a Nato member that occupies a strategic position on the Black Sea. Ankara has supplied Kyiv with armed drones and has limited the Russian military’s access to its airspace and waterways linking the Mediterranean to the Black Sea.

“One of the outcomes of not just this summit but the entire crisis is that it’s forcing the US to look strategically at the Black Sea region, which will include repairing the relationship with Turkey,” said Ben Hodges, the former commanding general of the US army in Europe.

He added: “Whether or not to provide aircraft makes more sense when there’s a solid, comprehensive strategy for the region.”