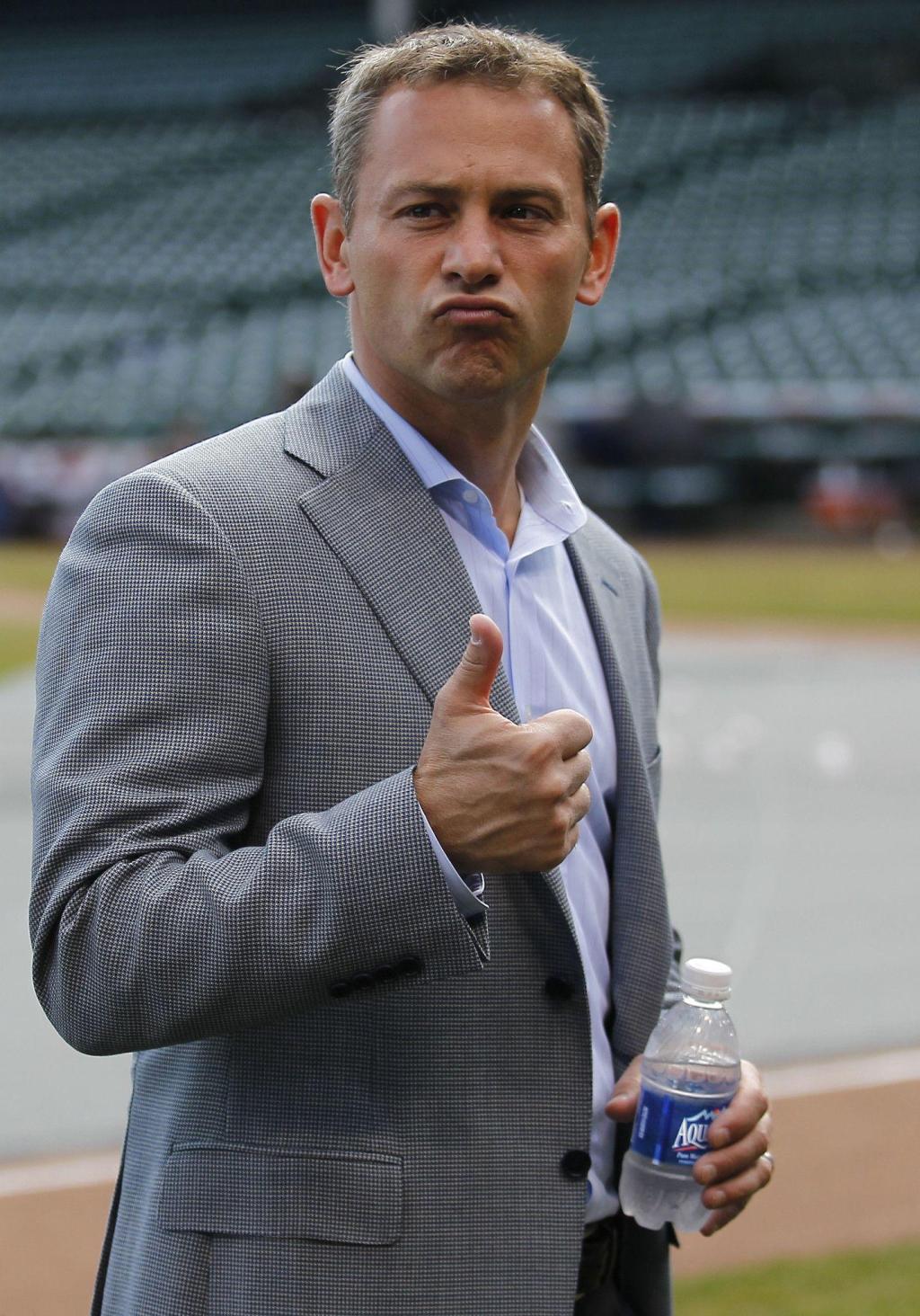 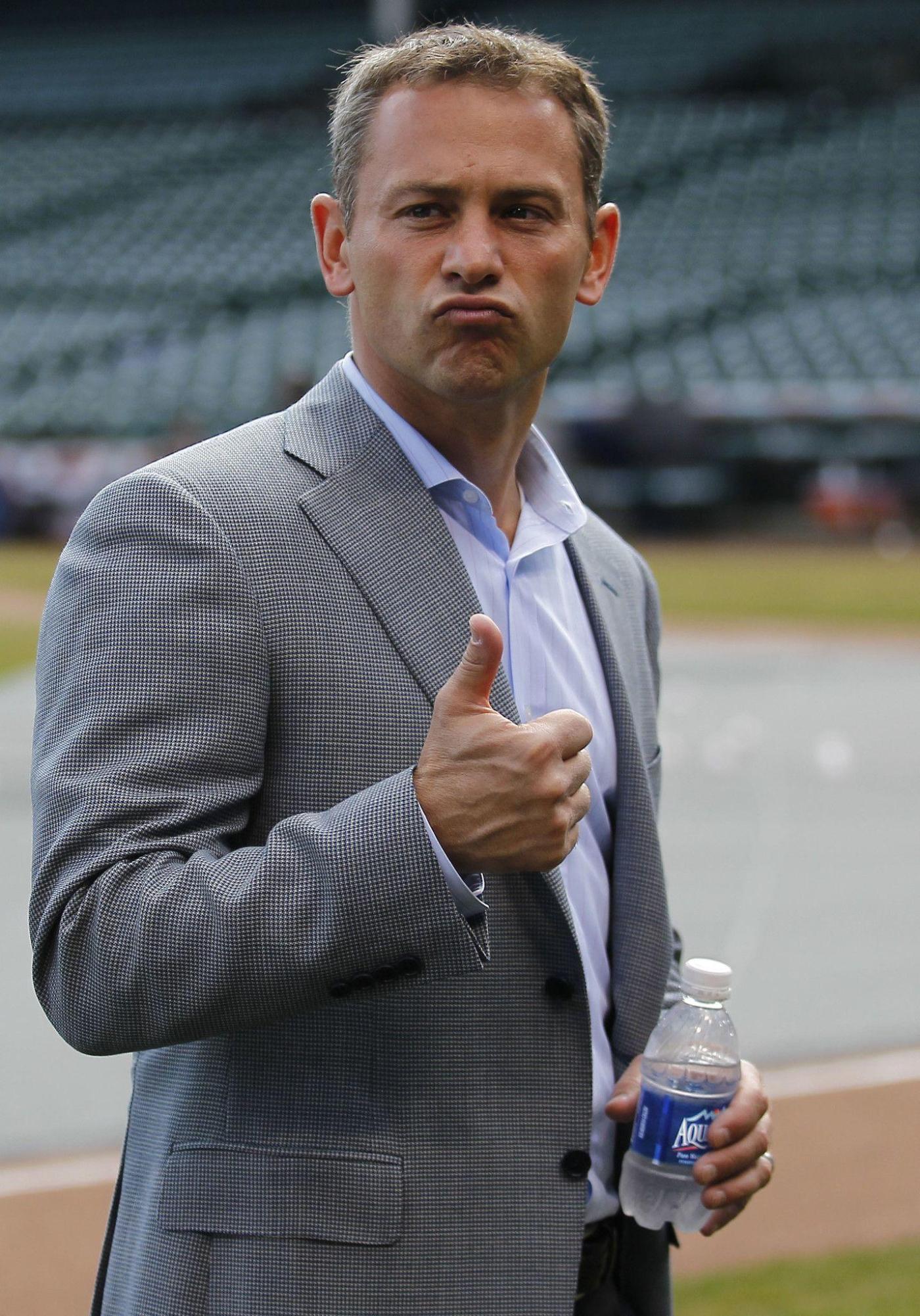 There is nothing disputable about the statement. Whether this is called a rebuild depends on the perspective. Don’t expect any Cubs personnel to refer to the organization’s current undertaking as such, but, ultimately, it’s semantics. The Cubs clearly have major work to do to compete for a division title — or even a postseason appearance.

Taking a long-view lens while trying to compete in the short term requires balance, and sometimes that means sacrificing one for the other. Their offseason transactions reflected this approach with a mix of short-term deals, particularly the multitude of one-year contracts for pitchers, and those of Marcus Stroman and Seiya Suzuki. And when the trade deadline arrives in about two months, team President Jed Hoyer will be forced to weigh how his moves affect the Cubs’ long-term approach.

“You’re forced oftentimes to decide is this a move I want to make right now that is going to have a negative impact on our future, and when those have come up, I feel like I’ve leaned strongly toward the future,” Hoyer said Saturday before the Cubs’ 5-1 win against the White Sox at Guaranteed Rate Field. “And I feel strongly about that.”

Cubs fans want — and deserve — transparency with how the franchise intends to turn around its shortcomings and leverage what should be considerable financial resources to supplement player development. Hoyer has been through this before as Theo Epstein’s right-hand man when they joined the organization before the 2012 season.

“Obviously if people don’t feel like we’re being as transparent, then I think I have to own that and I should think about our messaging,” Hoyer said. “How you guys (the media) choose to label that, that’s your decision.”

Hoyer circled back on the topic during his 25-minute conversation Saturday.

“I think there’s a desire for transparency, which I totally understand,” Hoyer said. “If I’m not doing a good job of that, then I need to work on how I explain things. But at the same time I also don’t think it’s my job, or it’d be foolish to sit here and tell everyone exactly how much money we’re going spend, who we want to sign and what our exact timeline is. That’d be giving us a competitive disadvantage because no one else is doing that either.”

The Cubs organization is in a much better spot now than when it initiated its rebuild 10 years ago. A strong infrastructure is in place, especially on the pitching side, while the farm system isn’t in complete shambles, especially after the influx of young talent the last two years.

It’s important to remember that when Epstein and Co. embarked on their rebuild, creating sustained success was a reoccurring mantra. Those painful 2012-14 seasons when they averaged 95 losses weren’t supposed to happen again. Building a strong foundation was supposed to yield a franchise that reloaded every few years. The Cubs made clear they did not want to repeat their rebuilding efforts again anytime soon. The big-picture messaging and long-term view they have taken on is challenging after producing five playoff appearances and six winning seasons in the last seven years.

Unfortunately, this is where Hoyer and the organization find themselves. But none of the Cubs’ attempts to turn things around matters if they don’t learn from what went wrong the first time. It all comes back to a failure to create sustained success.

“I mean, I don’t think any person would deny when we built it the first time obviously the goal was to be able to sustain that success,” Hoyer said. “And ultimately what we achieved was, it burned incredibly bright, but it was probably for a shorter amount of time than we had hoped.

“So we are in a period where we are actively thinking about our future again. We’ve built something really special once. I have no doubt we’re going to build it again.”

Looking back on their six-plus years of a contending window, Hoyer believes the Cubs were aggressive in trading prospects and spending money. And as prospects reached the majors, the organization didn’t do a good enough job of developing the next wave behind the Kris Bryants, Javier Báezes and Kyle Schwarbers: “That hurt us.”

Those shortcomings helped pave the way for last season’s trade-deadline sell-off. The Cubs got into a no-win position by not extending any of the core World Series players or trading them before they reached their final season of team control. The only way out was hitting reset. The foundation of success started and stopped with the group that won the 2016 title, a blueprint the Cubs must avoid this go-around.

“We held on to a group players until really the very end — replenishing along the way is something that other teams have done, candidly, better than we did it,” Hoyer said. “To be willing to make some trades earlier, to replenish. I mean, young players are the lifeblood of a championship team, and we got to a place where we didn’t have that.

“We didn’t make any of those moves several years earlier in order to continue that cycle.”

Hoyer doesn’t regret giving the championship group one last shot in 2021 to try to run it back to the postseason. And once one-third of the opening-day roster was traded in July, the call-ups served as a glaring reminder of the organization’s developmental struggles.

The Cubs must nail this rebuild and develop and execute a strategy in which they aren’t repeating this approach every six years.

“I have no doubt we’re going to build something really special and I’ll do it with a knowledge of the things we did really well but also some of the things that we could have done better.”