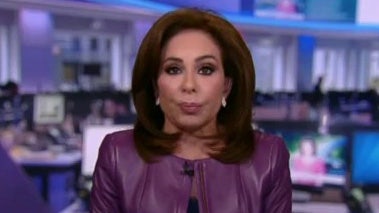 Former Minneapolis police officer Derek Chauvin has been found guilty of all charges in the murder of George Floyd, and Fox News’ Judge Jeanine Pirro said the verdict proves violent protest is unnecessary when the courts serve justice on “The Five.”

“What people need to understand is that the American justice system works,” she said. “That people believe in Lady Justice. That if we give it a chance, it can work. And for all those people that want to burn down streets, just let the courts do its job and it will survive.”

Pirro said the verdict was clearly supported by the facts in an “unusual” case with strong video evidence – when most murder trials only ever have an autopsy photo.

“Here, we had a living, breathing person that the jury was able to relate to every day, day after day, watching the trauma of what he went through, begging for air, begging to breathe,” she said. “This was an emotional, as well as an intellectual, decision… The facts are solid on this verdict. This verdict will be upheld on appeal.”

Crowds did gather outside of the Minneapolis courthouse on Tuesday post-verdict but those present did not intend on becoming violent.

Fox News Political Analyst Juan Williams jumped into the conversation to back Pirro’s assessment that the American justice system is still reliable and agreed that a “clear-cut case” has been delivered.

Williams said any other verdict would’ve been a “kick to the stomach” for the American people.

“I hope it’s the beginning of a big change in the way that we think about handling crime, handling people, not making judgments based on skin colors and treating people as suspects and not as citizens to be protected,” he said.