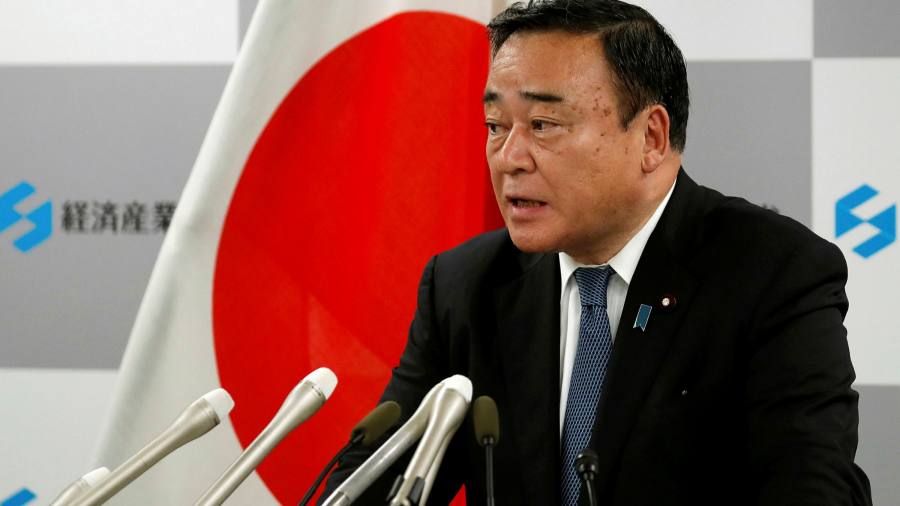 Nuclear power will be essential if Japan is to reach its goal of net zero carbon emissions by 2050, the country’s energy minister has told the Financial Times, saying that power shortages this winter have helped to shift public debate over the sector.

Heavy snowfalls that brought Japan to the brink of power cuts last month underlined the continued need for nuclear, said Hiroshi Kajiyama, who is responsible for energy in his role as minister for economy, trade and industry.

The comments reflect a dramatic shake-up in Japanese policy as it shifts back to focus on reducing emissions after a decade of relying on fossil fuels in the wake of the Fukushima nuclear disaster.

METI is debating a new energy strategy to deliver Prime Minister Yoshihide Suga’s pledge of zero net emissions by 2050. But achieving this will mean big changes in a country where 88 per cent of the energy supply comes from fossil fuels, almost all of them imported.

Renewables will be the top priority, said Mr Kajiyama, but the limitations of Japan’s geography will require deploying all available technologies, including imported hydrogen, nuclear power and carbon capture and storage.

“Personally, I think nuclear power will be indispensable,” said Mr Kajiyama, who has previously worked in the nuclear industry.

Japan’s electricity supply was “touch-and-go” during heavy snowfalls last month, he said. “Solar wasn’t generating. Wind wasn’t generating.” Electricity prices rocketed and parts of the country were close to power cuts. “I’m trying to persuade everybody that in the end we need nuclear power,” he said.

Just nine out of Japan’s 60 nuclear reactors have been restarted since the Fukushima disaster, when three reactors melted down after a devastating tsunami knocked out their cooling systems, leading to the release of radioactive material and the evacuation of nearby towns. Opinion polls show enduring public hostility to the industry.

Electric utilities have continued to press for restarts, however, and the push for zero carbon emissions has given them a fresh argument. Analysis by METI suggests it will be hard to supply more than 60 per cent of Japan’s needs from renewables. Many experts think even that is ambitious.

“Japan’s geographical constraints mean it is not as easy to introduce renewables as in Europe or North America,” said Mr Kajiyama, pointing to the lack of flat, empty land for solar panels and deep oceans that raise the cost of offshore wind. METI’s models suggest that 30-40 per cent of the energy supply will need to come from either nuclear or fossil fuel plants with carbon capture and storage.

Japan tightened its rules last year on financing new coal power stations abroad and Mr Kajiyama suggested something similar was likely at home. “The assumption is carbon capture,” he said. “We will complete [plants] currently planned but in line with the pledge of zero carbon by 2050.”

Japan’s energy costs are already some of the highest in the world and industry is concerned about the cost of emission cuts. The automotive industry is particularly alarmed by plans to phase out the sale of gasoline cars by 2035. Akio Toyoda, Toyota chief executive, has warned there was “a risk that the automotive industry’s business model could collapse”.

But Mr Kajiyama said Japan’s carmakers could be cut off from global markets if they failed to keep up with the shift to electrification in Europe and North America. Japan had to join the worldwide movement towards zero carbon, he said. “For Japan’s industry and economy as well as the environment, this is a decision we had to make now.”

Video: How cities around the world are tackling climate change