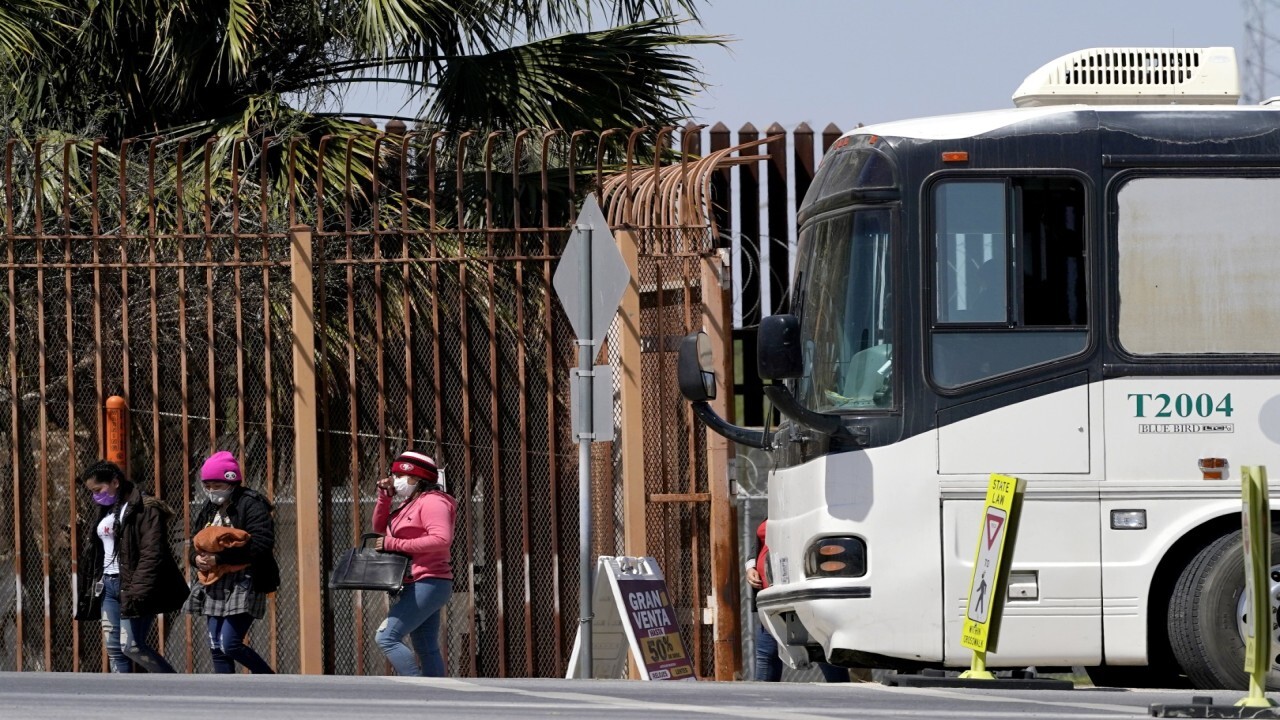 The Left can no longer cling to its “border denial.” Pretty much everyone in Washington now admits that the border crisis is, in fact, a “crisis.”

Heck, the Department of Homeland Security recently ordered the Federal Emergency Management Agency to the border. When the feds send in the emergency team, it’s pretty clear you’ve got an emergency.

Even House Speaker Nancy Pelosi acknowledged there is a border mess. But, Nancy being Nancy, she’s still trying to shift the blame to Trump.

Finger-pointing, no matter how fanciful, never solves anything. The real question is: What can Team Biden do to fix the mess at the border? Here are the top five proven steps they can take.

Step One. Admit You Blew It. You can’t fix a problem without understanding what caused it. The answer, in this case, is for Team Biden to take a long, hard look in the mirror. The reality is that the border was under control when Biden entered the Oval Office. Detentions were at record lows.

But “New Broom” Biden swept away all of Trump’s key border security policies. In less than a month, illegal border crossings were six times the level that was a considered a crisis during Obama’s presidency. Odds are, if Biden puts his predecessor’s polices back in place the border will be more secure and more humane.

Step Two. Kill the Amnesty Bills. All would-be illegal immigrants dream of being able to cross the border unmolested. But what really gets them motivated is the prospect of not having to go back if them make it in. Their fondest dream is to be allowed to stay in the United States and be given amnesty.

The Biden team has already blessed the mother-of-all amnesty bills.  Congress will debate two amnesty bills this week. Now is the time for Biden to send a clear message to those contemplating illegal entry: “The U.S. does not reward people for breaking the law, and I will veto any bill that includes amnesty for anyone who has entered or will enter this country illegally.”

This would be a serious buzz-kill for the coyotes and criminal gangs who are raking in massive profits by telling their victims that now is the time to come to the U.S. if you want amnesty.

Step Three. Re-start “Remain in Mexico” and Re-instate Agreements Mexico, El Salvador, Guatemala, and Honduras. In 2019, President Trump reached a series of agreements to help our southern neighbors secure their borders, exercise their asylum systems, accept emigrating nationals who failed to seek asylum in first safe country they entered. These agreements dramatically reduced efforts to “game” asylum claims and allowed the administration to focus on asylum applicants with legitimate claims of persecution.

By abandoning these measures, the Biden team created new incentives to exploit our asylum system. This not only contributes to the rush-the-border caravan movement, it detracts from serious efforts to address true humanitarian concerns.

Step Four. End “Catch and Release.” Stop releasing illegal immigrants into our communities. They are, by definition, criminals.

The Trump administration had a deliberate policy of detaining illegal aliens and then, absent any legitimate claim to asylum, deporting them as expeditiously as possible. The Biden team has abandoned that strategy. Thus far, the thrust of their response to the current border crisis seems focused mostly on building more infrastructure to temporarily house illegal aliens and then moving them into the interior of the United States as quickly as possible. Ending catch-and-release would deliver a serious blow to coyotes’ recruitment campaigns.

Step Five. Enforce all Immigration Laws. Biden has significantly constrained the authority of U.S. Immigration and Customs Enforcement (ICE) to detain and deport illegal aliens. Further, it has curtailed other efforts to secure the border—like building the wall.

The Trump administration demonstrated that the concerted enforcement of immigration laws deters illegal immigration. Not enforcing the law has the opposite effect. It signals that it is permissible to flout the rule of law. Enforcing existing immigration law would significantly dampen the mounting enthusiasm to rush to the border.