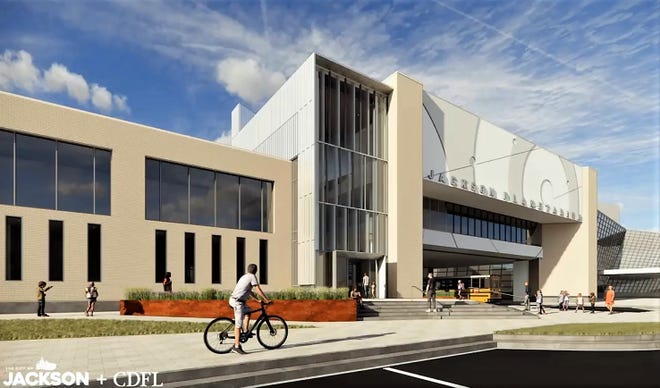 The Jackson City Council on Tuesday approved the issuance of up to $7.5 million in general obligation bonds to support the project, which will also include major improvements to the adjoining Arts Center of Mississippi.

The funds will supplement more than $8 million already raised through the private sector, including a recent $1.5 million donation from Junior League of Jackson and the Community Foundation of Mississippi.

David Lewis, deputy director of Human and Cultural Services for the city, said the combined facility can conservatively be expected to have more than 60,000 visitors a year with average admission prices ranging from $10 to $15. In addition to ticket revenue additional funds will be generated through rentals, concessions and other sources, he said.

Former Jackson Mayor Kane Ditto who served from 1989 until 1997, and has also been closely involved in the fundraising effort, was among the guests speaking in favor of the resolution Tuesday.

“I have primarily been involved in getting support from the private sector, but I have also talked with citizens throughout the city. This project has tremendous support. The plan is spectacular,” Ditto said.

“Thank you for all the tireless hours you have put into this,” she said.

“This will be an all-new hands-on experience to engage all the senses,” he said.

Visitors can expect to see interactive exhibits, including some that use virtual technology. The planetarium plans to partner with NASA’s John C. Stennis Space Center in Hancock County and display some of its items.

Lumumba said supporting arts and cultural activities will help the city “create a sense of place” and bring needed economic benefits to the downtown area through increased tourism.

City leaders had hoped to secure $2 million from the state this year for the project but Mississippi Gov. Tate Reeves vetoed the appropriation. At the time, Reeves said of the planetarium: ““I have serious concerns about its ability to sustain itself as an ongoing concern, and a $2 million cash infusion will not change that opinion.”

Lewis said the city has been engaging in an open dialog with both legislators and the governor’s office since that time to convey the importance of the project.

The planetarium first opened in 1979 but a storm caused damage to the roof in April 2018 forcing it to close. Since that time the roof has been repaired and much of the interior has been demolished for remodeling.

The second floor, which had previously been used for offices, will be converted into a learning center with varying exhibits for visiting students and other guests.

The center’s traditional projection system and dome-type screen will also continue to be utilized for illustrating the solar system and for other special projects.

Original plans called for reopening the center this year but setbacks caused by the COVID-19 pandemic have created delays, officials said.

In other city council news:

Officials unanimously approved the nomination of Rica Lewis-Payton to serve on the Jackson Municipal Airport Authority Board.

Lewis-Payton earned her master’s degree in health care management at the University of Alabama at Birmingham then went on to serve at the top levels of management at the VA Medical Centers in Jackson and Birmingham. For her outstanding service, she was awarded the Presidential Rank Award by former President Barack Obama in 2012.

Lewis-Payton was also appointed by former Gov. Ronnie Musgrove to head the Mississippi Medicare system. Her late brother-in-law Walter Payton was a running back for the Chicago Bears for 13 seasons and is widely regarded as one of the greatest football players of all time.

Now retired, Lewis-Payton told council members she looks forward to further serving the community through her new appointment to the airport board.