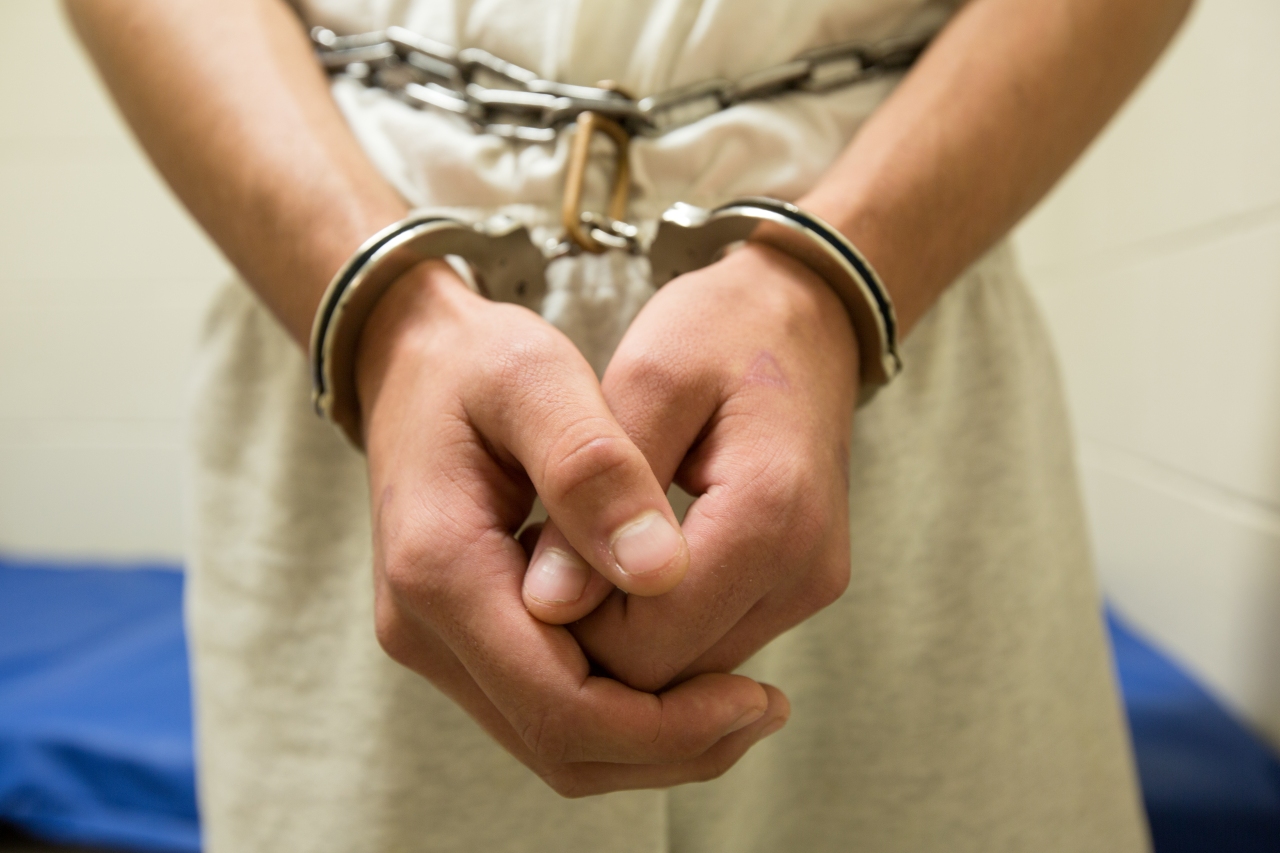 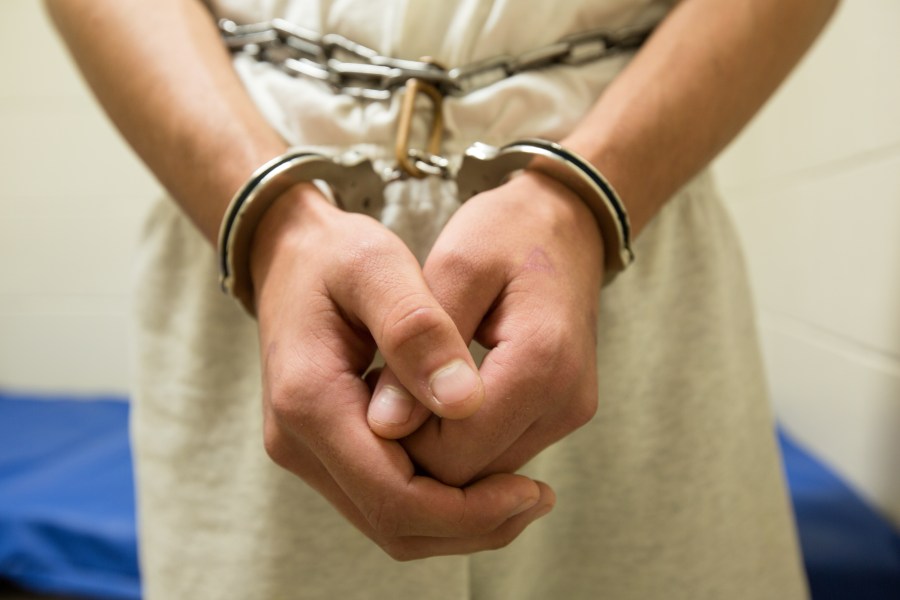 JACKSON COUNTY, Ind. — An investigation into the death of an inmate at the Jackson County Jail uncovered what happened in the 20 days after Joshua McLemore went to the hospital voluntarily and was taken to jail for yanking a nurse’s hair.

While the Jackson County Prosecutor agreed with the Indiana State Police that McLemore likely died due to a prolonged lack of attention by jail staff, no one will be charged in connection with his death.

On July 20 of 2021, someone concerned about McLemore’s wellbeing called the Seymour Police Department. When police arrived at his apartment, they found him naked and incoherent.

It took the police some convincing, but they were able to get McLemore to go with them to the hospital for an evaluation for abnormal behavior. A doctor told the Indiana State Police that McLemore arrived at the emergency room in a state of agitation and an altered mental status.

The doctor said she was familiar with McLemore, seeing him as a patient in the emergency room on multiple occasions. She said he had a history of illegal narcotics use, warning him to stay away from methamphetamine.

On May 25, she wrote, “Please stay away from methamphetamines because it makes you paranoid and seems to get you in a lot of trouble.”

On July 20 in all capital letters she wrote, “PLEASE STOP USING METH IT IS GETTING YOU IN A LOT OF TROUBLE.”

While the doctor said the state of agitation was consistent with methamphetamine use, the altered mental state was not. She recalled that during the examination, McLemore became increasingly agitated, at one point yanking a nurse’s hair while she was helping with his medical care.

Due to McLemore yanking the nurse’s hair, Seymour police arrested him and took him to the Jackson County Jail. On the way, the investigation found that he was acting erratically. His speech was rambling and not focused. Twice, he damaged the police car.

Once police arrived at the jail, the investigation found McLemore was not photographed, fingerprinted or asked any of the book-in or medical book-in questions. Video shoes him taken directly to a padded cell.

The investigation found McLemore was never followed up with to be photographed, fingerprinted, or asked the medical book-in questions. He was in the cell with a camera watching his every move.

In a separate room, one or sometimes two Jackson County Jail employees watched a screen showing up to 36 of 96 camera views across the facility. The investigation found the jail employees responsible for watching the video screen that would likely show the interior of his cell typically had between 24 and 36 camera views.

The camera views were approximately 2-4 inches diagonally, each showing a different area in the jail. In comparison, each one of these views would be about the same size as a business card.

The people tasked with watching the video screens were also typically responsible for responding to call box communications from all inmates in the jail, locking and unlocking all doors in the jail, booking in and booking out inmates, processing paperwork, and other assorted daily responsibilities.

The investigation found every four hours, a jail employee would shift duty assignments, meaning anyone watching the video screen that showed the inside of McLemore’s cell would watch for four hours, not knowing what happened before or after that assignment.

While McLemore’s cell had 24-hour camera recording capabilities, there were gaps in the recording. The investigation found this was due to the minimum movement standard not being met to trigger recording.

While for the majority of McLemore’s incarceration these gaps were few and short, the investigation found during the last few days the gaps became more frequent and longer.

The investigation also found that no initial hearing occurred between the time McLemore was arrested and the day he died. This is a standard procedure in every criminal case.

During this hearing, the defendant appears in court, a judge reads the criminal files charged and explains the possible range of penalties if convicted. The judge explains to the defendant their rights, sets bail and schedules future hearings.

It took a week after his arrest for the jail commander to log that he spoke with McLemore’s mother to try to learn his medical history. McLemore’s mother told the commander that her son suffered from manic episodes that were drug-induced, had some mental health issues, and had been in a mental institution four times in Mississippi.

The investigation found continuous viewing of McLemore in his cell showed him mostly not eating, drinking, or sleeping; never asking to use the bathroom and being in a dissociative mental state.

The entire time McLemore was in his padded jail cell, the investigation found he was naked. He was not able to dress himself and the jail staff was unable to dress him in the jail-issued smock.

During his incarceration, the investigation found McLemore stayed inside padded cell #7 except for on July 25, July 31 and Aug. 8. While he was out of the cell, jail staff cleaned his cell. Only on the 25th and 8th was McLemore showered.

The padded cell was attached to a restroom, but it was locked behind a door. The Indiana State Police interviewed jail staff and learned that for safety reasons, the door would only be unlocked at the inmate’s request to use the restroom or shower.

The investigation uncovered that McLemore never asked for access, and was given access once during his stay for a few hours. During these few hours, McLemore ventured into the area, but didn’t use it.

Instead, the investigation found that McLemore frequently urinated in the cell. The Jail video never showed evidence of him defecating.

The video shows that during his time in padded cell #7, McLemore got 32 meals from a tray passed in the door. Inmates at the jail are served three meals a day. The other meals offered to McLemore were taken away by jail staff.

The investigation found that McLemore retrieved fewer drinks from the tray pass than he did meals. During his time in padded cell #7, he retrieved 19 drinks, either in styrofoam cups or Gatorade bottles.

The Investigation found that McLemore would usually destroy the dinner bags and dump the food on the cell floor. He would accidentally or purposefully spill the majority of the drinks on himself and the floor.

The food and drinks would mix on the floor with trash and his urine. The investigation found that this caused the cell to be in a constant state of disarray. Although it was cleaned, it did not stay clean for very long. McLemore was consistently covered in food, drinks, trash and urine.

The investigation found that by watching jail video, McLemore slept for only 15 hours during his 480-hour incarceration. He moved less and appeared to sleep more in the last few days of his time in padded cell #7.

The Indiana State Police investigator stated that lots of jail employees saw McLemore every day and did not see a change until near the end. It wasn’t until they took him to get a shower on Aug. 8 that they realized he needed medical attention.

After it became apparent to jail staff that McLemore was not well, they requested an ambulance to take him to the hospital. He was taken back to the same hospital where the entire case began.

The doctor who made the notes on his medical history and saw him come in on July 20 for abnormal behavior saw him once again when he was taken to the emergency room from the jail.

The emergency room was busy the night of Aug. 8. It was the height of the COVID-19 pandemic. When she saw McLemore come in, the investigation reads that McLemore was lethargic. He was able to maintain his own airway and withdrew from painful stimuli.

However, lab work revealed the critical nature of McLemore’s condition. The doctor recalled to the Indiana State Police investigator that they were not equipped at the hospital to care for McLemore.

The investigation found that the doctor called surrounding critical care hospitals to send McLemore to, but none of the surrounding hospitals in Indiana had a bed available for him. They ended up finding an open bed at a hospital in Cincinnati, Ohio.

When jail staff learned that McLemore would have to be transported out of state, the Jackson County Sheriff instructed the jail commander to order him released from the jail. The paperwork was delivered to the hospital and presented to a nurse.

Fight for life ends with family

McLemore arrived at the Ohio hospital early the next day. The Indiana State Police reports dozens of medical staff attended to him, administering a battery of tests and examinations across different specialties.

Medical documents note hospital staff was in contact with McLemore’s mother about his care and wishes. The family advocated for McLemore, saying he would not want to pursue further aggressive measures and would desire the withdrawal of care.

With this, the investigation reads that as McLemore’s condition continued to deteriorate, life-sustaining treatment was discontinued. Instead, palliative medications were administered. This focused on providing McLemore relief from his pain at the end of his life.

The investigation found both the Jackson County and Ohio hospital records indicated that McLemore had numerous, serious health issues. His autopsy determined the cause of death was due to

The autopsy report also listed a history of methamphetamine withdrawal among the list of significant conditions contributing to McLemore’s death.

Blood taken from McLemore when he was first admitted to the hospital on July 20 showed that he had no drugs of abuse, ethanol or ethylene glycol in his system.

The manner of death was listed as natural.

No crimes, but apparent negligence

The investigation did not uncover any evidence that McLemore was knowingly or intentionally killed by another person, nor that his death was caused by a knowing, intentional or reckless act.

However, both the prosecutor’s office and Indiana State Police investigator agree that McLemore likely died due to a prolonged lack of attention by Jackson County Jail staff as a group.