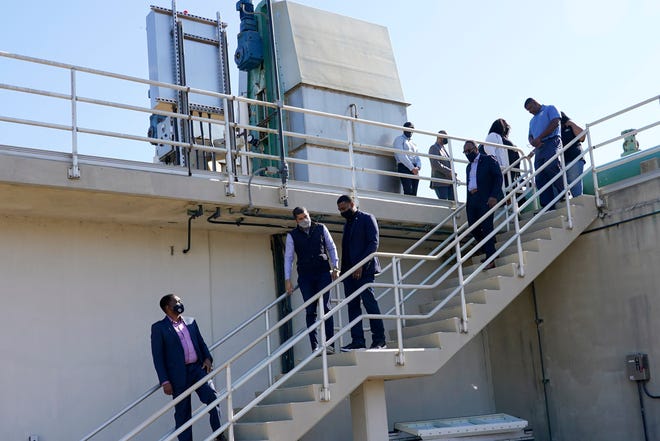 The City of Jackson remains under a boil water advisory, city officials said at a news conference Thursday.

That said, the nearly-two-week long advisory could end as soon as Friday for some residents and Saturday for others.

The Mississippi Department of Health instructed the city to issue a boil water notice after low water pressure was reported at the O.B. Curtis Water Plant. The department will now have to give approval before the city can end the advisory, said Safiya Omari, chief of staff for mayor Chokwe Antar Lumumba. The city has begun taking samples for the health department to test.

Omari said in order for future boil water advisories to be prevented, conditions must improve at the plant. When asked what that would take, she replied, “money.”

The mayor is in Washington, D.C., trying to secure infrastructure funds, and the city continues to put together its plans for spending American Rescue Plan Act dollars on improving the water system.

“(Lumumba) is in D.C. seeking funds so that we can address our infrastructure problems,” Omari said. “We are currently putting together our application for ARPA funds from the state.”

The city has been operating 16 water distribution sites, with at least one in each of the city’s wards.