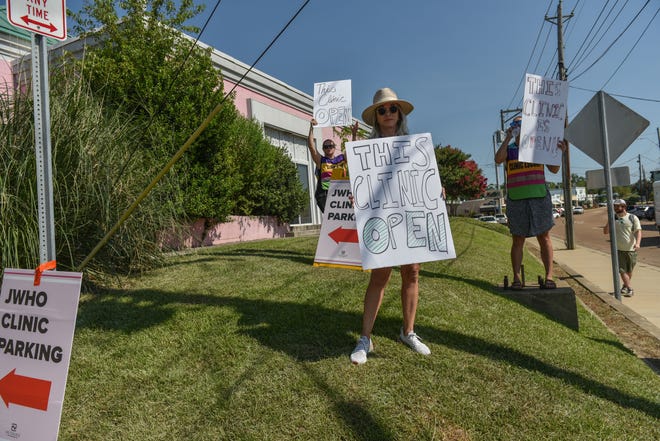 Jackson Women’s Health Organization, Mississippi’s only abortion clinic, filed suit against the state Monday afternoon in an attempt to halt the trigger law that would ban abortion in 10 days.

The lawsuit comes only hours after Attorney General Lynn Fitch certified that Roe v. Wade had been overturned by the U.S. Supreme Court, setting the trigger law into motion.

The clinic, often called the Pink House, is being represented by a number of firms including the Mississippi Center for Justice, the Center for Reproductive Rights and Paul, Weiss, Rifkind, Wharton & Garrison LLP.

They argue that the Mississippi Supreme Court decision in a 1998 case that state law protects a right to abortion.

“The state constitutional right to privacy includes an implied right to choose whether or not to have an abortion,” reads a portion of the 1998 Supreme Court decision.

The case, Pro-Choice Mississippi v. Fordice, is significant because it is rooted in state law, while the overturn of Roe v. Wade and subsequent trigger law implementation were based on federal law. The 1998 decision is therefore still in place.

McDuff and the Center for Reproductive Rights brought the 1998 suit and have represented the clinic since it first opened in 1996. Paul, Weiss are a New York based firm who do pro bono work on reproductive rights.

“We will continue working closely with CRR and Rob McDuff of MCJ, who has dedicated his life to vindicating the rights of the people of Mississippi, to ensure that they continue to have access to safe and legal abortion care, as is their right as Mississippians,” said Alexia Korberg of Paul, Weiss law firm in a news release. “As we have for the past decade, we are committed to vigorously advocating for the clinic, which has the duty to offer the best medical care to its patients, who would be denied critically important healthcare under the state bans.”

The legal action could be the last lifeline for the Pink House. Clinic owner Diane Derzis said in a news conference Friday that they would see as many patients as they could until they are forced to close.

A Capitol Police officer was involved in a shooting on Sunday, Aug. 14