It’s amazing to see, but Republicans are really digging their own graves 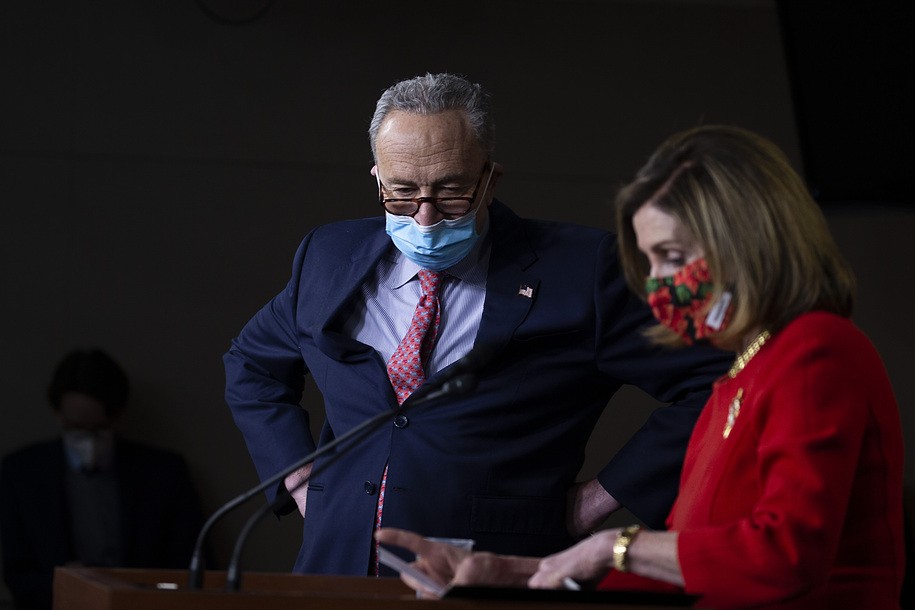 The current Republican response is hilariously stupid. It’s stuff like this:

That “$$$”, of course, is checks for people. But even libraries and mass transit aren’t particularly unpopular items, so not sure what they think they’re getting from this kind of messaging. Here’s another one:

Only 9% of the Biden Bailout Bill goes to #COVID relief.

A few examples of where the money is actually going:

For a party that is losing ground with swing voters, not sure why they think that “blue state bailouts” kind of divisive rhetoric gets them anything beyond their old, white, rural, and literally dying off base. “$1.5 million” for something? In a $1.9 TRILLION dollar bill? Does anyone care? And Amtrak is a lifeline for many rural communities. And people like trains.

Part of the GOP’s problem is that they no longer know how to message against an old white male. President Kamala Harris or Elizabeth Warren? Oh boy, they’d have a field day. But the old guy who doesn’t grandstand or showboat much, keeps his head down, stays professional? They’re at a loss.

So much so that he is a far more popular politician than pretty much anyone else in this country. Some polling has shown positively gaudy numbers for Biden.

Civiqs, which does a great job of filtering out partisan non-response bias (in essence, demoralized partisans refusing to answer polls), has more measured numbers:

For comparison’s sake, Donald Trump is at 42% favorable, 56% unfavorable. And just as important as the toppling, the trend is a good one. Republicans can’t touch him, which is maybe why they’re resorting to this kind of buffoonery:

They’ve got nothing of real substance.

Now, as we look ahead to 2022, take a look at this question, which asks which party better represents you:

That 16-point gap (46% Democratic vs. 30% Republican) is quite dramatic, and is driven by crashing numbers among independents: only 22% think the GOP is concerned about people like them, down from 33% on Election Day. Meanwhile, 36% of independents say Democrats are concerned about them. Let’s keep an eye on this chart in the coming months, because it’s going to become extra clear which party cares about people, and which one is hell-bent on committing political suicide. The damage Republicans are doing to themselves is already extensive. Let’s compare the two parties:

Republicans already lost the 2018 and 2020 elections, and demographic trends continue to move against them. Trump cost them the White House, the Senate, and the House, and there is zero guarantee his voters will ever turn out for an election without Trump on the ballot (they haven’t before). Yet the Republican Party isn’t just doubling down on Trumpism, it’s doubling down on opposing popular legislation.

Think about it, even a Q-addled Republican will have to think twice in 2022 if she or he has to vote between losing their monthly child credit check from the IRS, or a Republican promising to end any such help. Deliver help to people, and it’s a different playing field. It’s already happening, and the legislation hasn’t even passed into law.

Perhaps it’s time to stop looking the gift horse in the mouth, and just run up the advantage.