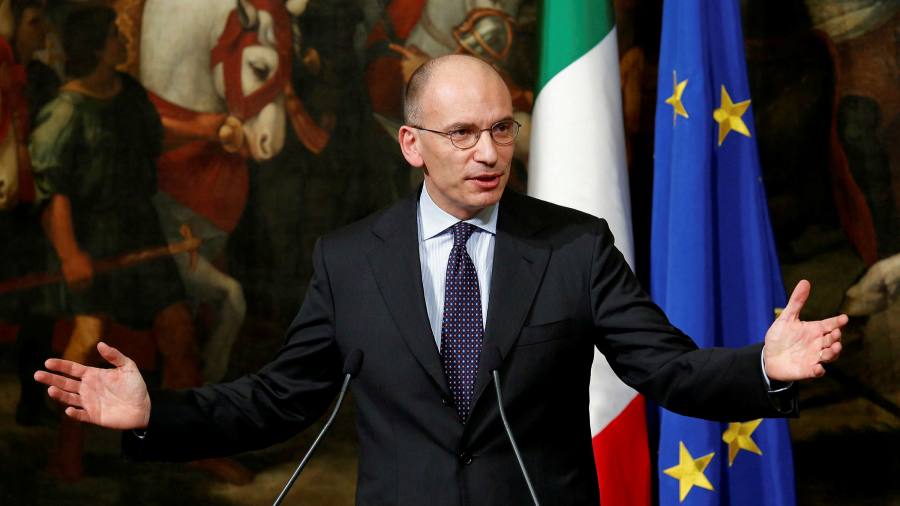 Italy’s centre-left Democratic party has elected former prime minister Enrico Letta as its leader as it seeks to carve out a fresh political identity within the new national unity government of Mario Draghi.

Letta’s appointment marks an unlikely political comeback for an academic who had retired from frontline politics after serving as Italy’s prime minister between 2013 and 2014 when he was ousted in a party coup.

It also makes the PD the latest Italian political force to pivot towards more centrist and experienced leadership since the entrance of Draghi on to the political stage two months ago.

The once anti-euro Five Star Movement has asked former prime minister Giuseppe Conte to oversee a relaunch of the party, in effect making him leader in waiting.

The League has stuck by its leader Matteo Salvini but has jettisoned its former Euroscepticism to join the Draghi unity government, with business-friendly moderate League politicians taking up important cabinet roles.

In a podcast interview with the Financial Times earlier this month, Letta noted how the 2018 elections had produced the most Eurosceptic parliament in postwar history but now the League and Five Star were both considering joining mainstream pan-EU political families.

“Now what is happening in Italy is a miracle,” he said.

The PD is the third-largest party backing the Draghi government. It has been shaken by the sudden resignation of its previous leader Nicola Zingaretti soon after the current government was formed.

Zingaretti’s exit, which he said was prompted by internal party squabbling over positions in the new cabinet, opened the path for an unlikely comeback for Letta, who had been living in Paris and working as an academic.

On Sunday Letta was elected essentially unopposed by delegates — winning 860 votes, with two against and four abstentions. He gave a staunchly pro-European speech calling on the party to strive for more female leadership and to increase the involvement of young people.

“We must be the party of young people,” he said. “If we do not succeed in involving young people then I will have failed in my goals.”

Letta had quit the PD and stepped down as an Italian MP soon after he was ousted as Italian prime minister by Matteo Renzi in 2014 in an internal party power struggle.

Letta on Sunday said he would seek to fight the next election, due in 2023, in alliance with other parties, hinting that this could involve Five Star. He was open to a coalition with all left-leaning parties in the Italian parliament, including Italia Viva, a party led by Renzi, his one-time nemesis.

“We must build a new centre-left, under the initiative and leadership of the PD. I will talk in the coming weeks to everyone,” he said.

Letta also said he would push for extending the vote in Italy to 16-year-olds, as well as reforming Italian citizenship rules to allow all people born in Italy to automatically receive nationality.