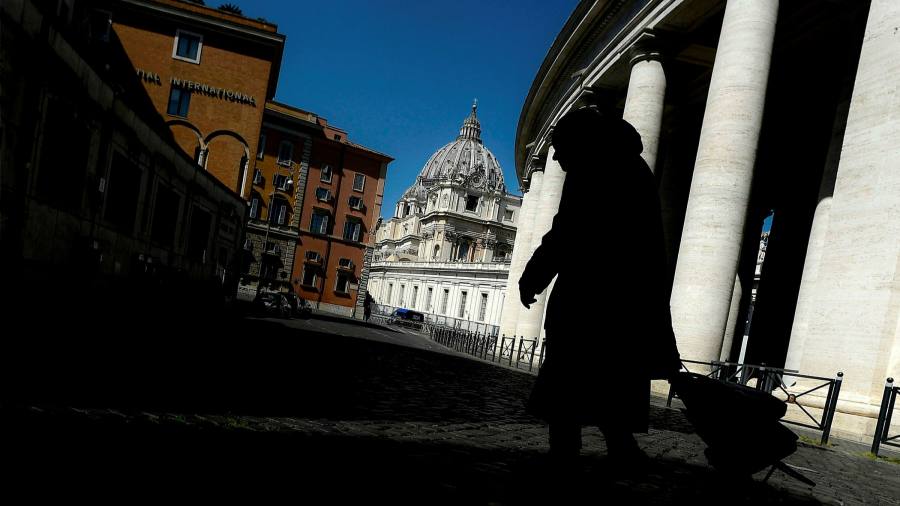 The provision of Mafia “welfare” to Italy’s struggling small businesses sharply increased during the first months of the Covid-19 lockdown according to the first comprehensive report by the country’s interior ministry on organised crime since the pandemic began.

The report by the anti-mafia investigation directorate (DIA) said there was a significant threat that organised criminals would take advantage of the country’s economic crisis to take over small businesses after initially providing them with assistance.

Mafia groups offer “companies in difficulty a form of social welfare as an alternative to [public and private sector] institutions, but then adopt the traditional intimidatory conduct aimed at acquiring control of their economic activities”.

The report, which covers the period from January to June last year, said there was a risk that small and medium-sized entrepreneurial activities “will be swallowed up in the medium term by crime, becoming an instrument for money laundering and recycling illicit capital”.

The warning comes as Italy’s mafia-type groups adjust their operations to compensate for a fall in other criminal opportunities following the imposition of a national lockdown last March.

Italy has suffered its worst economic contraction since the second world war after it led the way in Europe in imposing a lockdown to halt the spread of the Covid-19 virus, which has killed more than 95,000 people in the country since the outbreak began.

The country has one of the highest weightings of small and medium-sized businesses in the EU, with those in sectors such as hospitality more exposed to the economic downturn caused by lockdown restrictions.

There was a decrease in crimes such as handling of stolen goods, counterfeiting and robberies in line with the sharp freedom of movement restrictions at the start of the lockdown, the report said. Cases of fire damage to buildings, an indicator of possible protection racketeering and false insurance claims, however remained stable compared with the same period in 2019.

The report also warned of the likelihood of organised crime attempting “to drain the resources that will be allocated for the revival of the country”, as the new government of Mario Draghi works on an economic plan that will involve spending more than €200bn of EU recovery funds.

It noted that the ’Ndrangheta, the strongest and wealthiest of the groups because of its prominence in international drugs trafficking from Latin American to Europe, had suffered a slight decline in power as a result of large criminal investigations and the gradual rise in informants inside its crime families.

Why did this seabird die at Wick riverside?

Why the Term ‘JEDI’ Is Problematic for Describing Programs That Promote Justice, Equity, Diversity and Inclusion

Winners and losers of COVID-19 in S’pore’s labour market: Which industries keep hiring?