It shouldn’t be this hard to give voters water, but Georgia advocates aren’t giving up the fight 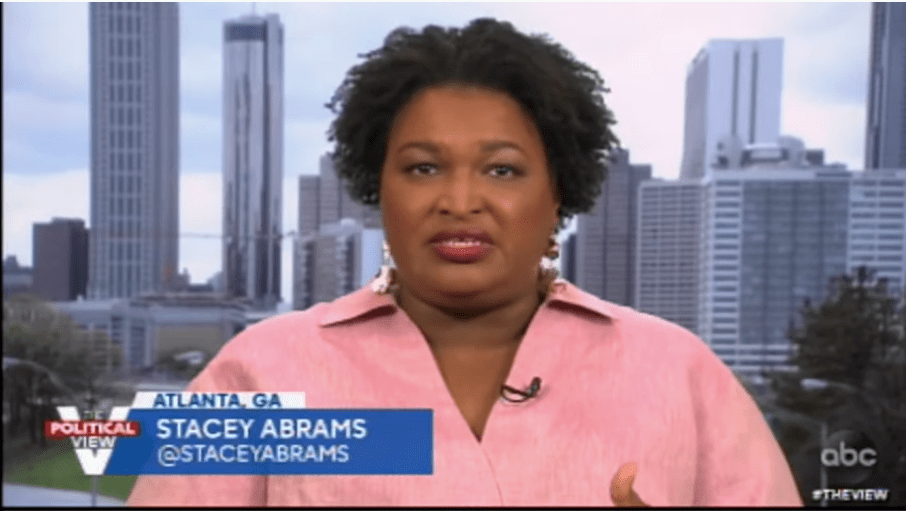 While speaking about why it is imperative for the Senate to pass the For The People Act, a broad and necessary elections reform bill, Ossoff described the repeated claims by Trump about election fraud. “Now a number of states,” Ossoff said in part, “are enacting legislation that makes voting more arduous. Including, in my state of Georgia. I’ve heard some of my colleagues today reflect upon whether public policy at times can be a solution in search of a problem. Well, that’s precisely what many of these laws being enacted at the state level are: making it more arduous for eligible American citizens to vote. Not because there’s a shred of credible evidence that these new laws are necessary; because there isn’t, because none has been presented. Because court after court after court rejected this allegation that there was widespread fraud in the presidential election.

No, these laws that make it more arduous to vote are being enacted for two reasons. In part because, though it is a false allegation, it took hold in parts of this country that there must have been something amiss in November. And in part, because politicians see a moment like this as an opportunity to try to shift the scales in favor of their party. That’s what we’re seeing in my home state of Georgia.

It is our obligation as federal legislators to safeguard the bedrock of our democracy, which is the sacred right to vote. It is clearly established in the constitution that we have the authority to do so. This legislation leaves substantial flexibility for states to make decisions based upon what’s best for states.”

You can check out that deeply moving moment here.

Also on Tuesday, every single Republican in the Senate Rules Committee voted against his amendment to the Help American Vote Act 2020, which would have allowed volunteers to offer food and water to people waiting in Georgia’s voting lines.

You can see this vote happen in the clip below.

All 9 Republican senators vote against Sen. Ossoff’s amendment that would prohibit states from placing restrictions on volunteers’ ability to offer food or water to voters waiting in line pic.twitter.com/hseQCAdeA0

On Monday, Ossoff spoke on Zoom and said the following in part: “To criminalize a good Samaritan, a non-partisan volunteer, providing a bottle of water to a voter, who may be elderly, who may be disabled, who may have mobility challenges, who’s being made to wait hours in line outside of a polling place is wrong.”

He’s right in that forbidding a volunteer from passing out water is horrific for anyone, but especially so for elders, people with disabilities, people with chronic health issues, and so on. Trying to curtail people who may already struggle to access voting—say, for example, because waiting in line for hours on end is a barrier and a burden in itself—by denying water is dystopian levels of cruelty.

You can watch that brief clip from Ossoff here.

Stacey Abrams used some similar language and ideas when speaking about the Georgia voter suppression efforts in Georgia while appearing on The View.

Abrams stated in part, “When we see the response to increased participation by communities of color result in a decrease in access, when we see states, in unison, pushing laws that respond to not the reality of the 2020 election, but to the lie told about that very election, then our democracy is in danger.

It’s up to each individual how you vote when you get in the booth; my mission is to ensure that no one is excluded from voting, or impeded in their attempt to vote, because of the power grab that is currently being exercised by the Republicans. But let’s be clear: It was done by the Federalists, it was done by Democrats—any time a party in power feels that their best way to win is by constricting the vote, we are all in danger, and we should all be in arms.”

You can watch the longer clip from Abrams below.

Given that she’s gone viral multiple times for her brilliant, unmatched ability to put the long fight for voting access into context, and to stay cool, calm, and steady in the face of Republicans, it’s no surprise that Abrams continues to focus on her message and educating the public. Now, if only Republicans would listen.