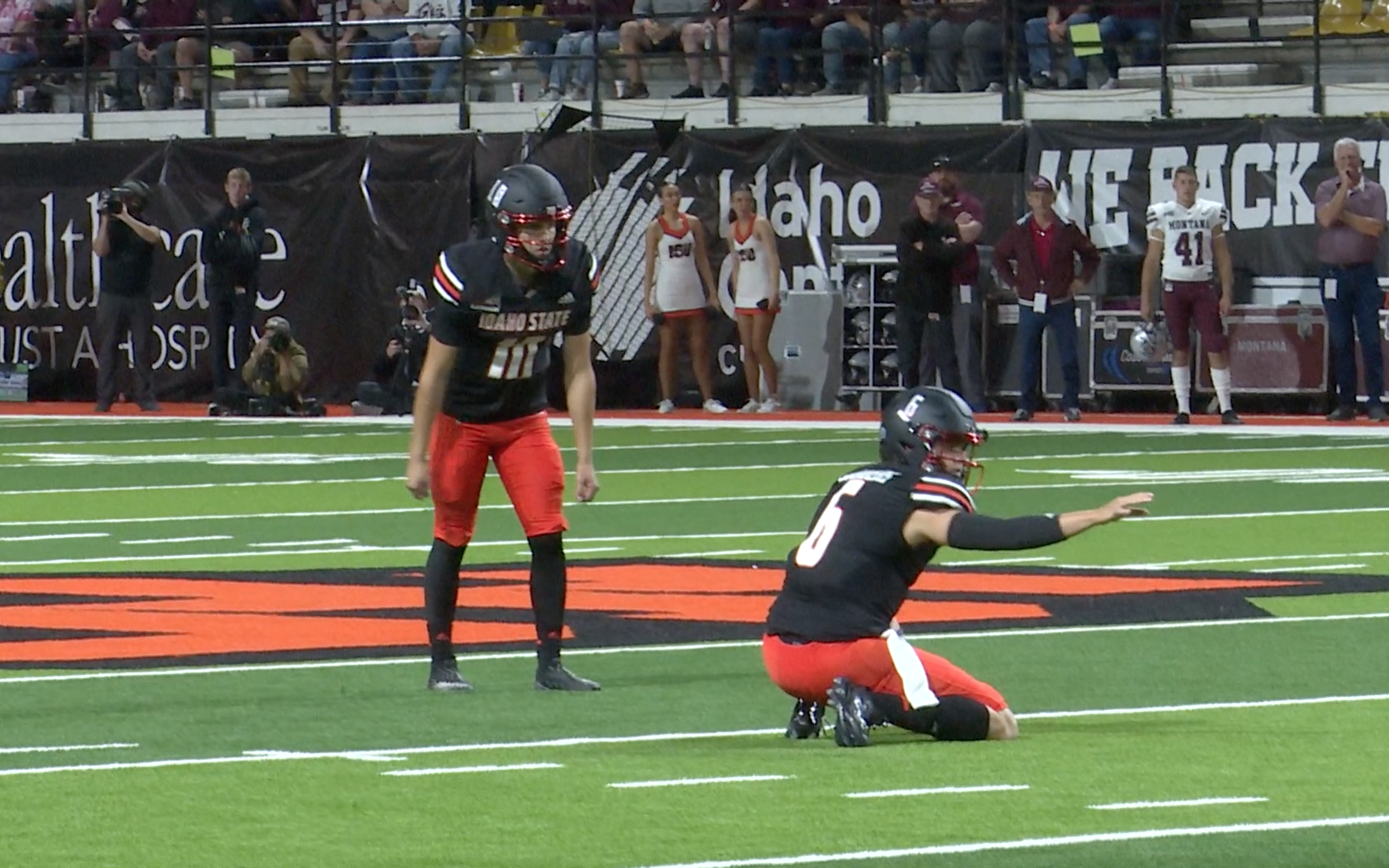 POCATELLO, Idaho (KIFI) – The Idaho State football team came out strong versus #2 ranked Montana, but the Grizzlies were able to pull away in the end on Saturday 28-20 in Holt Arena.

The Bengals led 3-0 after the first, and were trailing 7-6 with less than four minutes in the second quarter. The Grizzlies then scored two late touchdowns to make it 21-6 at the half.

After a Montana touchdown in the third, the Bengals rallied to score two fourth quarter touchdowns to make a 28-20 final.

ISU quarterback Sagan Gronauer threw for 260 yards, with one touchdown through the air and another on the ground.

Raiden Hunter led the Bengals on the ground with 12 carries for 63 yards.

ISU kicker Ian Hershey also had an impressive showing, making two field goals including a 49-yarder in the second quarter.

The ISU defense was led by Charles Ike, recording 12 tackles and an interception.

The Bengals return to the field on Saturday, Oct. 8 against No. 4 Montana State.

Snow is back on Sunday