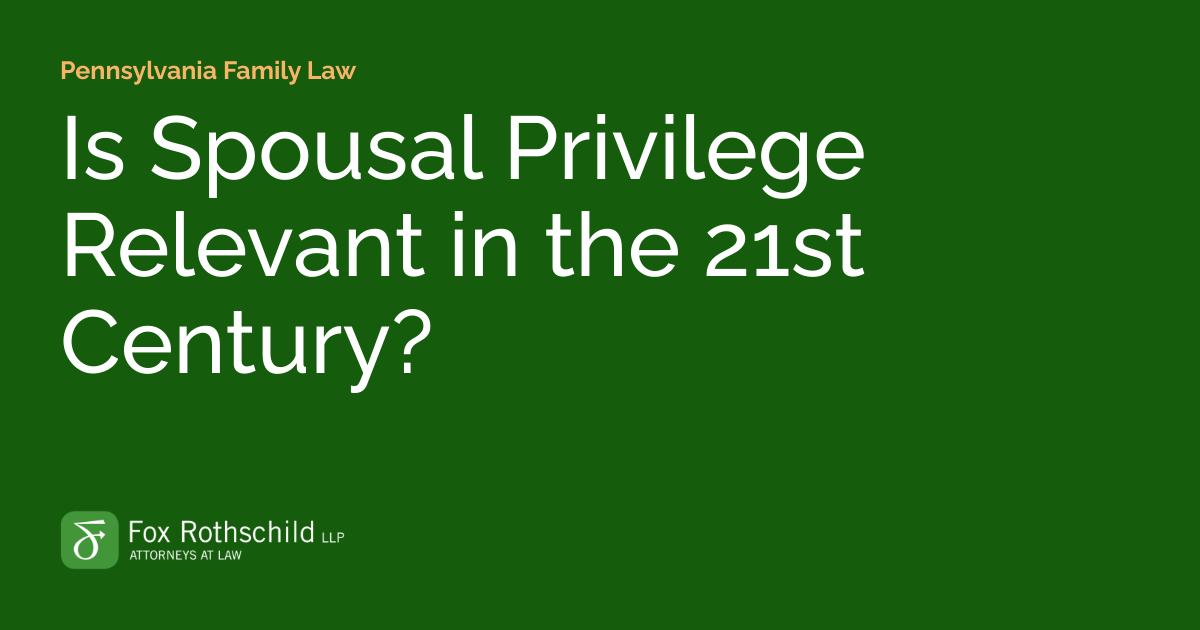 This writer, in his more grandiose moments,  likes to think himself a legal historian. And in these “fantastic” moments he will (a) write in the third person and (b) indulge in comparing modern law with that of olden days. What makes this especially fun is the fact that the U.S. Supreme Court cases issued last June relating to gun control and abortion rights seem to view 18th century law rhapsodically.

I once harbored similar views. But the more 18th century legal history I read the less humane it seems. Criminal trials were often measured in minutes rather than days and by 1800 there were not less than 200 crimes for which the punishment was execution. Juries knew the law imposed death as the penalty and had no hesitation to acquit a guilty defendant whom they did not wish to see condemned to death. Defendants charged with a crime but equipped with “resources” could easily purchase witnesses who would provide perjured testimony for an appropriate fee. Many legal principles we celebrate today have 18th century origins. That is not to suggest that we would want modern society to emulate 18th century law as it was administered.

In many states case law informs us that where the “common law” has relevance, courts should resort to the leading authority of mid-18th century British law, the analyses of Sir William Blackstone. His “Commentaries on the Law of England” came in four volumes published between 1765 and 1769 and attempted to summarize the law as it existed on the eve of the American Revolution. When American independence was recognized in the 1783 Treaty of Paris, the then tiny American legal community had a huge debate over whether “English law” should be adopted here. In the end, Blackstone won out because no one knew what other law to apply.

The trouble with the “common law” as digested by Judge Blackstone becomes apparent when you read his commentary on the rights of women. The law of spousal privilege is derived from the concept that the sanctity of marriage was so important that no spouse could be forced to give testimony adverse to a partner in marriage no matter how important the subject of the communication between the married couple to the public good. We’ll see that play out in a case decided last week by the Superior Court of Pennsylvania. But let’s first look at some law.

Federal Rule of Evidence 501 explicitly states that on the subject of privilege, the “common law” applies unless there is subsequent federal law to the contrary. So let’s have a look of what Justice Blackstone has to offer concerning the “effects” of marriage. Forgive me if I bold the juicy parts.

“By marriage, the husband and wife are one person in law: that is, the very being or legal existence of the woman is suspended during the marriage, or at least is incorporated and consolidated into that of the husband; under whose wing, protection, and cover, she performs every thing; and is therefore called in our law-French a feme-covert, foemina viro co-operta; is said to be covert-baron, or under the protection and influence of her husband, her baron, or lord; and her condition during her marriage is called her coverture. Upon this principle, of a union of person in husband and wife, depend almost all the legal rights, duties, and disabilities, that either of them acquire by the marriage. I speak not at present of the rights of property, but of such as are merely personal. For this reason, a man cannot grant anything to his wife, or enter into covenant with her: for the grant would be to suppose her separate existence; and to covenant with her, would be only to covenant with himself: and therefore it is also generally true, that all compacts made between husband and wife, when single, are voided by the intermarriage.”

Should Mr. Blackstone’s resort to the Latin and French have addled the reader, allow me to offer my 21st century translation. “We can sign any kind of agreement you want before we get married but once we do, the agreement is void and I own you.  As my wife your legal existence is ‘suspended.’” In fact that law relating to a woman’s legal rights was much more complicated than Blackstone’s summary but these are the result of exceptions to the general principle descended from the Bible that a married husband “rules” his family.

So, we have two spousal privileges in Pennsylvania based on statutes. Lest we forget there is also a 1971 Amendment to the Pennsylvania Constitution. It says; “Equality of rights under the law shall not be denied or abridged in the Commonwealth of Pennsylvania because of the sex of the individual.” Art. I, Sec 28. To be clear the statutes do not echo the sexism of Blackstone. They would seem to clearly communicate that a woman can also prevent her husband from testifying about their marital communications.  What’s interesting is that this “common law” doctrine of spousal privilege makes clear that the sanctity of marital communications trumps any private interest and even any public interest in whether a crime or a tort occurred.

Now it’s time to introduce Smith v. O’Brien, a reported case decided by the Superior Court on January 19, 2023. 2023 Pa.Super. 9. This is an appeal of a collateral order directing a widow to testify about what her deceased husband said to her before he took his life. The plaintiff’s complaint asserts that when she was between the ages of five and ten she was a guest of the defendant and her deceased husband and that during those visits she was sexually assaulted by the decedent. In 2020 the Plaintiff sued the defendant and her husband’s estate seeking damages for these alleged assaults.

The plaintiff noticed the surviving wife’s deposition and inquired whether her husband had discussed what had occurred when the plaintiff was in their household. The wife testified that the police conducted an investigation and after they left her husband had told her “why he was speaking to the police.” When the plaintiff sought to pursue that line of questioning further, the surviving spouse asserted spousal privilege. This case comes out of a trial court order directing the spouse to divulge the content of her husband’s statements.

Husband died in a train crash hours after being questioned by police. One of the issues in this case is whether the spousal privilege survives the death of a spouse. In a 2016 case Cap Glass Inc v. Coffman, 130 A.3d 783, the Superior Court wrote that the purpose behind interspousal privilege was to “promote and protect marital harmony.” The defendant acknowledges that her husband’s death ended all prospects for marital harmony and the panel opinion offers that defense of a tort claim which threatens the assets of wife and her husband’s estate has little to do with the public good. While acknowledging that the appeal would meet the requirements to be heard on an interlocutory basis had husband lived, the Superior Court notes that revelation of the statement in discovery is not going to affect this marriage. The appeal was quashed.

Technically, the ruling cannot be faulted. But it seems that a remand means the trial court and the parties will endure more litigation which may bring the same issue back before the court.

The core question and attendant public policy makes for a fascinating debate. Taking the allegations as true for the sake of the discussion, had Mr. O’Brien survived both he and his spouse would be able to deflect any questions of their communications regarding the sexual assault of an elementary school student on the basis that their “marital harmony” was more important than the public’s or the victim’s interest in bringing about justice. Bear in mind that had Mr. O’Brien made any statements to anyone other than his spouse, his vicar and his lawyer, those statements have no protection. Curiously, under 42 Pa.C.S. 5924(b) a spouse who discovered her husband sexually assaulting her own child and another child (not hers) could testify in abuse and custody proceedings about the assault on her child but be foreclosed from testifying about the child who is not part of the family.

Then there are the complications of separation and divorce. We have read commentary which says that the privilege survives divorce although that writer offered no citation. Then there is the matter of the spouse who separates but has not yet secured a divorce. In Com. v. Valle-Velez, a three judge panel held that absent a decree of divorce, the privilege continues to apply. 995 A.2d 1264 (2010). That case was limited to assertion of the privilege in criminal proceedings under 42 Pa.C.S. 5913-5914 but the principle would appear to be the same. What was odd in that case was that no-fault divorce proceedings were pending. The question then returns to whether the privilege fails once the decree is entered. The unfortunate corollary question for the divorce attorney is whether a decree should be deferred until a statute of limitations has expired.

Are we protecting the marriage or merely creating an inducement to blackmail? Moreover, one has to ask whether the “preservation” of an otherwise divisible marriage should be used to obstruct criminal and civil proceedings related to felonious conduct. In Trump v. Vance, a case of signal public importance the Chief Justice of the United States wrote that “In our system the public has a right to every man’s evidence” 591 U.S. ____ (2020). It would seem to ring hollow for such a clarion call to be eviscerated by the words “unless we have a marriage to protect.” In August 2019 the New Mexico Supreme Court abolished spousal privilege as an anachronism fostered by Blackstone’s paternalistic notions of marriage. State v. Guttierez, 482 P. 3d 700 (2019). That fellow murdered someone and then told his wife he did it. He later divorced, remarried and told his second wife about his conduct. The opinions in the case unveil the fact that spousal privilege is a device which does more to obstruct than promote justice.

Cooking International Food at Sweetwater Center for the Arts

Cadence At The Strip Review