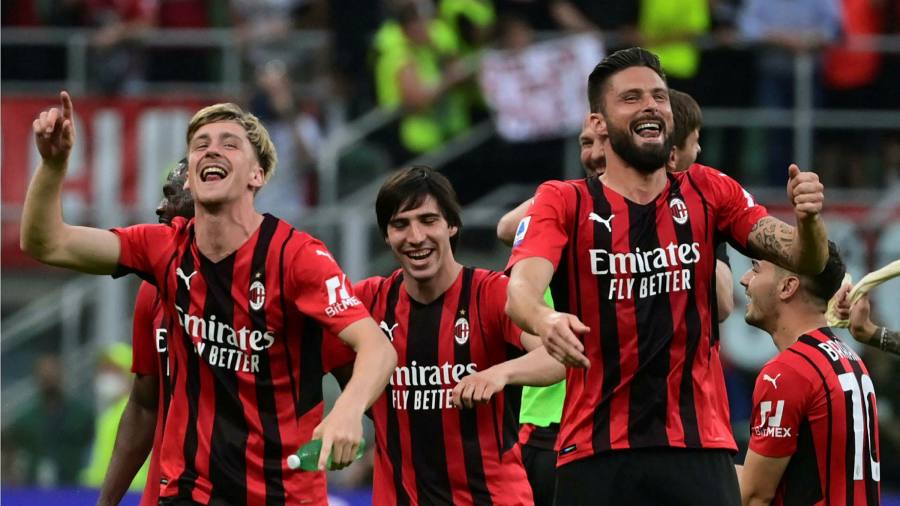 Investcorp is out of the running to buy AC Milan from Elliott Management, leaving rival bidder RedBird as the main contender to acquire the football club currently leading Italy’s Serie A.

The global asset manager decided to suspend negotiations with Elliott after it was unable to reach an agreement over a six-month period, said two people with direct knowledge of the matter. The reason behind the collapse of the talks remains unclear. Investcorp and Elliott declined to comment.

Bahrain-based Investcorp’s decision to pause the talks comes as RedBird has made a superior offer, according to people close to the situation.

The outright acquisition of AC Milan would be RedBird founder Gerry Cardinale’s highest-profile investment in a sports club, following minority investments in the Rajasthan Royals cricket side and Fenway.

Talks between US-based Elliott and RedBird are advanced but not finalised. Any deal would be announced after this weekend’s title decider as both sides want to avoid distracting the players before the crucial game, said people briefed about the matter.

AC Milan require just a draw against 11th-placed Sassuolo in the final match of the season to win its first Italian league title since 2011. Local rival Inter is two points behind in second place.

Winning the scudetto would confirm AC Milan’s comeback as an elite footballing force under Elliott’s ownership. The hedge fund has owned Milan since 2018, when it seized control of the club from its former owner.

The club’s €216mn revenue in the 2020-21 season placed it 19th in the Deloitte Football Money League European rankings, its first appearance since 2017-18.

The Rossoneri, nicknamed after the team’s red and black striped shirts, are one of the most successful clubs in European football history. Only Spain’s Real Madrid has won the top European trophy more often.

Former Italian prime minister Silvio Berlusconi previously owned Milan for more than three decades until he sold the club to Chinese businessman Li Yonghong in April 2017. Li funded the acquisition with more than €300mn of high-interest loans from Elliott. A default event handed control to the hedge fund.