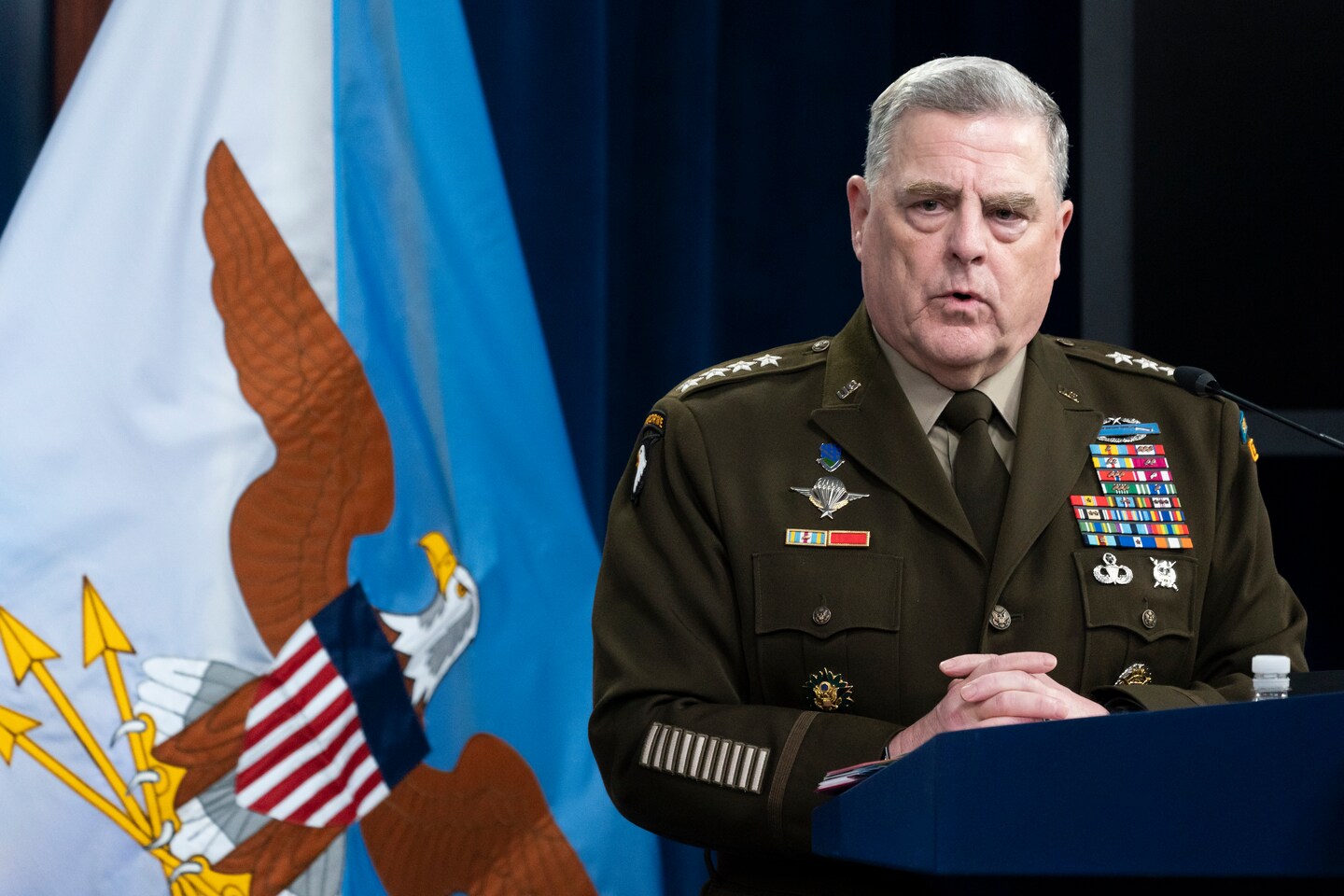 Forty-seven nations now have joined the Ukraine Defense Contact Group, which was organized by the Pentagon to help address Kyiv’s immediate and long-term needs as it seeks to beat back the Russian military’s protracted invasion.

Austin on Monday singled out Denmark for providing Ukraine with a Harpoon launcher and missiles to help defend its coast, and the Czech Republican for agreeing to send helicopters, tanks and rocket systems. Other participating nations, he said, have donated artillery rounds and armored vehicles, or agreed to provide the Ukrainians with training and assistance to maintain its military systems.

The group is scheduled to meet again June 15, on the sidelines of a meeting of NATO defense ministers.

Russia tries to rebound in Ukraine as prospects for victory fade

In the last several months, the United States has sharply increased its presence in Europe, expanding from 78,000 troops in the fall to 102,000 now, said Chairman of the Joint Chiefs of Staff Gen. Mark A. Milley, appearing alongside Austin.

There are over 15,000 U.S. sailors positioned in the Mediterranean and Baltic Seas on 24 surface combatant vessels and four submarines, a significant uptick from the six surface combatants there last fall, he said. There are 12 fighter squadrons and two combat aviation brigades in the region as well.

President Biden ordered the removal of U.S. troops from Ukraine before Russia’s invasion in late-February. He has said repeatedly that the United States would not directly participate in the war, though U.S. troops continue to train Ukrainian forces elsewhere in Europe.

Milley addressed a report published Sunday by the Wall Street Journal indicating that the Pentagon was drafting plans to provide special forces troops to help defend the U.S. embassy in Kyiv. The proposal, he said, was still “at a relatively low level” in the Defense Department and had not yet been briefed to senior officials.

“At the end of the day a reintroduction of U.S. forces into Ukraine would require a presidential decision, so we’re a ways away from anything like that,” Milley said.