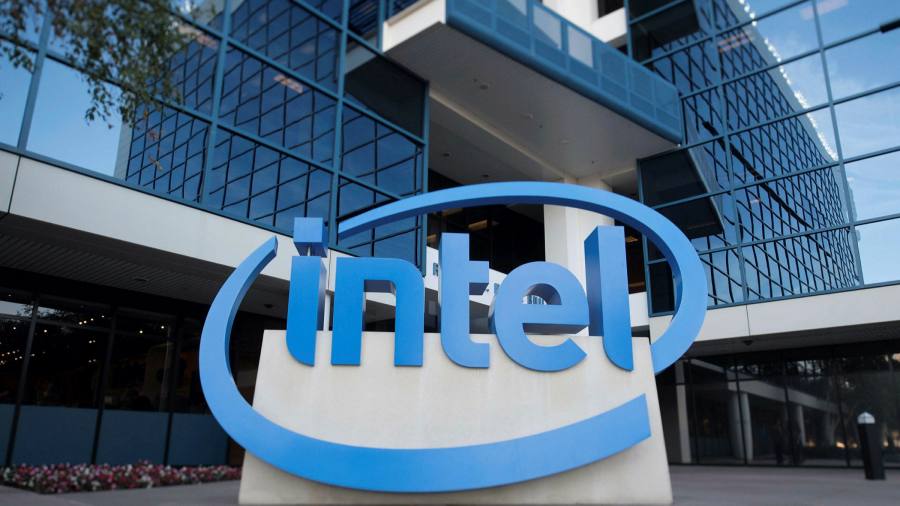 Intel comfortably beat Wall Street expectations in its latest quarter as continued strong sales of PCs during the pandemic made up most of the ground lost from weaker data centre demand, according to figures released late on Thursday.

Despite modestly raising its forecasts for the rest of this year, the US chipmaker’s shares slipped back 3 per cent in after-market trading as Wall Street digested the company’s sliding profit margins and escalating capital spending as it lays the ground for an attempted turnround.

The results are the first under new chief executive officer Pat Gelsinger, who laid out an ambitious plan last month to put Intel back at the forefront of chip manufacturing, while also laying out a new strategy to become a chip “foundry” carrying out manufacturing for other companies.

On Thursday he claimed significant early traction in the foundry business, telling analysts that more than 50 potential customers had already expressed interest.

However, Intel forecast that its gross profit margin would slip below 55 per cent this year, compared to levels about 60 per cent historically, and indicated that capital spending was likely to hit $20bn, up from last year’s $14.3bn.

Margins have been hit this year by the greater reliance on lower-margin PCs, as well as the costs of ramping up 10nm process technology coinciding with the start-up expenses for the company’s delayed 7nm technology. The decline in margins in the first quarter, which saw the pro forma gross profit margin fall more than 6 percentage points, reflected a shift towards less profitable products as well as greater competition in the data centre market, according to Patrick Moorhead, a US chip analyst.

The resilient sales in the first quarter came despite supply constraints that have weighed on the entire industry in recent months, as well as inroads that rival AMD has been able to make into the CPU market as a result of Intel’s slips.

Intel said revenue from its PC division rose 8 per cent, to $10.6bn, while revenue from data centre customers fell back 20 per cent to $5.6bn.

The huge demand for home PCs caused by the closure of offices and schools during the pandemic meant that 2021 was “shaping up to be the largest PC market ever”, with unit sales in some markets up 30 per cent in the first quarter, Mr Gelsinger said. Global PC sales peaked at over 350m in 2012 before sliding below 260m in 2018, only to jump back above 300m last year.

Some analysts expressed wariness regarding the fall-off in data centre sales, which had become the company’s main engine of growth in recent years. Intel executives said the decline reflected a short-term pause in spending by large-scale cloud companies as they “digest” recent chip purchases, and said it expected the business to return to growth as the year progresses.

Excluding $1.1bn of revenue from its Nand memory business, which is in the process of being sold to SK Hynix, Intel reported pro forma revenue of $18.6bn for its latest quarter, unchanged from the year before.

Pro forma earnings, before the effect of a $2.2bn charge stemming mainly from a recent jury award against the company in a patent trial, reached $1.39 per share.

Wall Street had been expecting pro forma revenue of $17.8bn and earnings of $1.15 a share. Based on formal accounting principles, Intel’s net income fell 41 per cent, to $3.4bn, with earnings per share down 37 per cent at 82 cents.