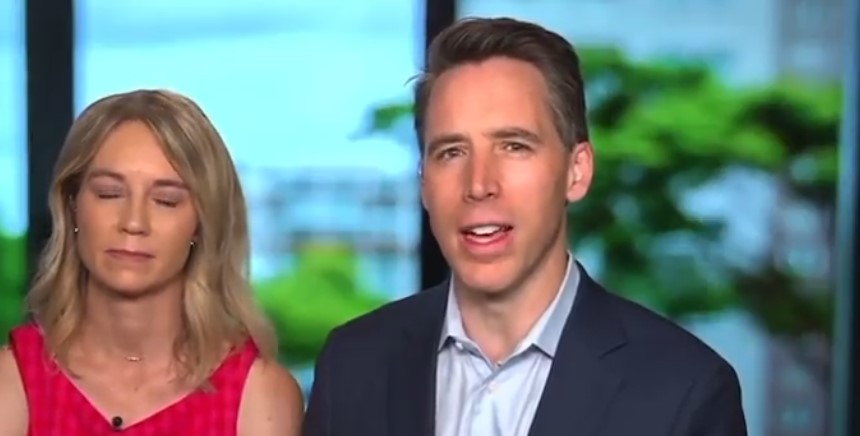 Sen. Josh Hawley, who helped to incite the Capitol attack, said that Democrats are anti-democracy.

Josh and Erin Hawley say that there are riots, chaos and vandalism all over the country since the abortion decision, and Biden has “encouraged left-wing violence.” He says this shows Democrats are “anti-democratic.” pic.twitter.com/J7Yh6gbAYL

Hawley said on Fox and Friends “The Biden administration has turned a blind eye toward this left-wing violence, and really encouraged it by saying things like it is fine to protest at the justices’ homes even though it is in fact illegal. The second thing is that it really shows that the radical left has become very anti-democratic. What they don’t want is they don’t want the people to have any say or weigh-in, and that’s what this decision does. It turns it back to the people, and that’s not what the left wants, and it shows that they have become very anti-democratic.

It is fundamentally undemocratic to take rights away from a majority of the population based on a vote taken by nine unelected individuals with lifetime appointments to the Supreme Court.

The decision did not turn the matter back over to the states. States are not holding referendums to decide what to do with abortion. The decision allowed states to take away rights from women while giving them no voice in the current policy.

If anyone is an expert on undemocratic behavior, it is Josh Hawley.

Sen. Hawley helped to incite the attack on the Capitol and supported Trump’s coup. Hawley has proven himself to be an enemy of democracy, and his double talk deflection should not be taken seriously.