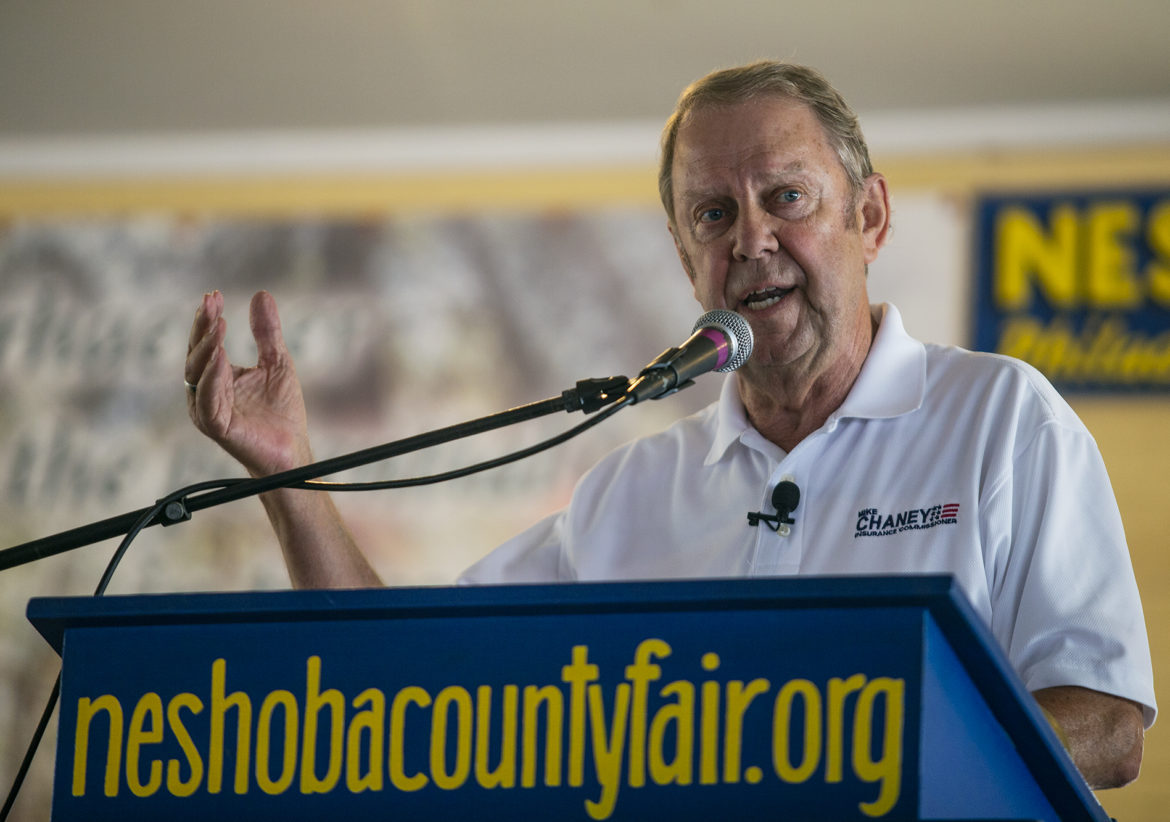 Mississippi Insurance Commissioner Mike Chaney on Thursday penned a letter urging the state’s largest hospital and insurer to utilize the same mediation process that was used to settle their contract dispute in 2018.

Chaney told Mississippi Today that the state’s Department of Insurance will be addressing concerns regarding patients’ access to the University of Mississippi Medical Center’s organ transplant unit and children’s hospital, services that cannot be found elsewhere in the state.

Chaney said he could not elaborate on how his office will be addressing these concerns due to state confidentiality laws.

The hospital and Blue Cross and Blue Shield of Mississippi have not been in communication since April 1, when UMMC officially went out of network with the insurance company, according to officials from both entities. Tens of thousands of Mississippians – some of them gravely ill and others in need of advanced specialties only available at UMMC – are stuck in the middle of the dispute.

“While UMMC and BCBSMS seem to be even further apart today than in 2018, I firmly believe that the parties can again find common ground that duly acknowledges and accounts for the unique role of UMMC as Mississippi’s academic medical center while also respecting BCBSMS’ vital role in maintaining affordable coverage for its enrollees,” the letter from Chaney to Dr. LouAnn Woodward, vice chancellor for health affairs and dean of the School of Medicine at UMMC, and Carol Ann Pigott, chief executive officer of BCBSMS, states.

“We are open to mediation between the state’s only academic medical center and largest insurer, which is in the best interests of our current and future patients and Mississippi’s health care system,” Marc Rolph, UMMC executive director of communications and marketing, said in a statement.

BCBSMS said it would not be commenting on the matter before responding to Chaney’s letter directly.

Chaney gave both a deadline of April 27 to respond to his recommendation. Regardless of whether the parties agree to mediation, the Department of Insurance will be addressing concerns that UMMC going out of network with BCBSMS runs afoul of the state’s network adequacy regulations by denying patient’s access to the medical services that cannot be found elsewhere in the state, Chaney said in an interview with Mississippi Today.

“While we hope that we will have mediation, we will also be addressing network adequacy concerning the Blair Batson Children’s Hospital and transplant unit,” Chaney said.

BCBSMS maintains that even without UMMC, it is still meeting its network adequacy requirement. BCBSMS also said that the remedy in a situation where network adequacy is an issue is for it to provide network level benefits to its customers for those services, which it has offered to do by directing its members to sign a written direction of payment instructing the insurer to pay the hospital.

UMMC has declined to accept those payments from BCBS, arguing that it would allow BCBSMS to continue paying at unsustainable rates.

Though the two parties have had similar contract disputes in previous years, this is the first time UMMC has been removed from BCBSMS’ network.

As a result, tens of thousands of Mississippians have been left to face higher out-of-pocket medical expenses or find care elsewhere. Potential transplant recipients who have spent months or years on organ donation waitlists have been placed on hold. Parents of children who require specialized care that can only be provided at UMMC’s children’s hospital have been left with costly and inconvenient options for continuing their child’s care.

UMMC has the state’s only organ transplant center in addition to the only children’s hospital, Level I trauma center, Level IV neonatal intensive care unit and other advanced specialties.

The arbitration process Chaney recommends in the letter was used by the two parties in 2018, and involves bringing in an expert and impartial mediator who can preside over new contract negotiations. UMMC asked for the same increases to its reimbursement rates in 2018 that it is asking for now, but through a mediator the two parties settled on a deal that didn’t raise rates.

Instead, Blue Cross agreed to remove language that made the contract evergreen, meaning the insurance company could no longer change the contract terms at any time.

If the two parties agree to mediation, a deadline will be set for them to settle their differences, Chaney told Mississippi Today. The deadline will likely be  June 1 – 30 days before the end of the 90-day “continuity of care” period, where certain BCBSMS patients can still receive care at UMMC and have their insurance accepted.

Under state agency rules, Chaney is not allowed to directly mediate or help settle disputes over contacts between insurance companies and health care providers, but in the letter Chaney said that he could recommend a mediator if both parties agreed to the proposal.

The dispute between UMMC and BCBSMS stems from disagreement over reimbursement rates and Blue Cross’ quality care plan, which measures hospital performance and whether services provided to patients are adequate.

UMMC is asking Blue Cross for substantial increases to inpatient, outpatient and professional reimbursement rates, some as large as 50%. Overall reimbursement from Blue Cross would increase by around 30% in the first year of the new contract.

Mississippi has the lowest reimbursement rate from commercial insurance companies for inpatient services in the nation, according to a 2021 white paper by the actuarial and consulting firm Milliman.

While UMMC maintains that BCBSMS is paying them well below market rates for other academic medical centers in the region, BCBSMS argues that agreeing to the increases would necessitate significant premium increases for their customers.