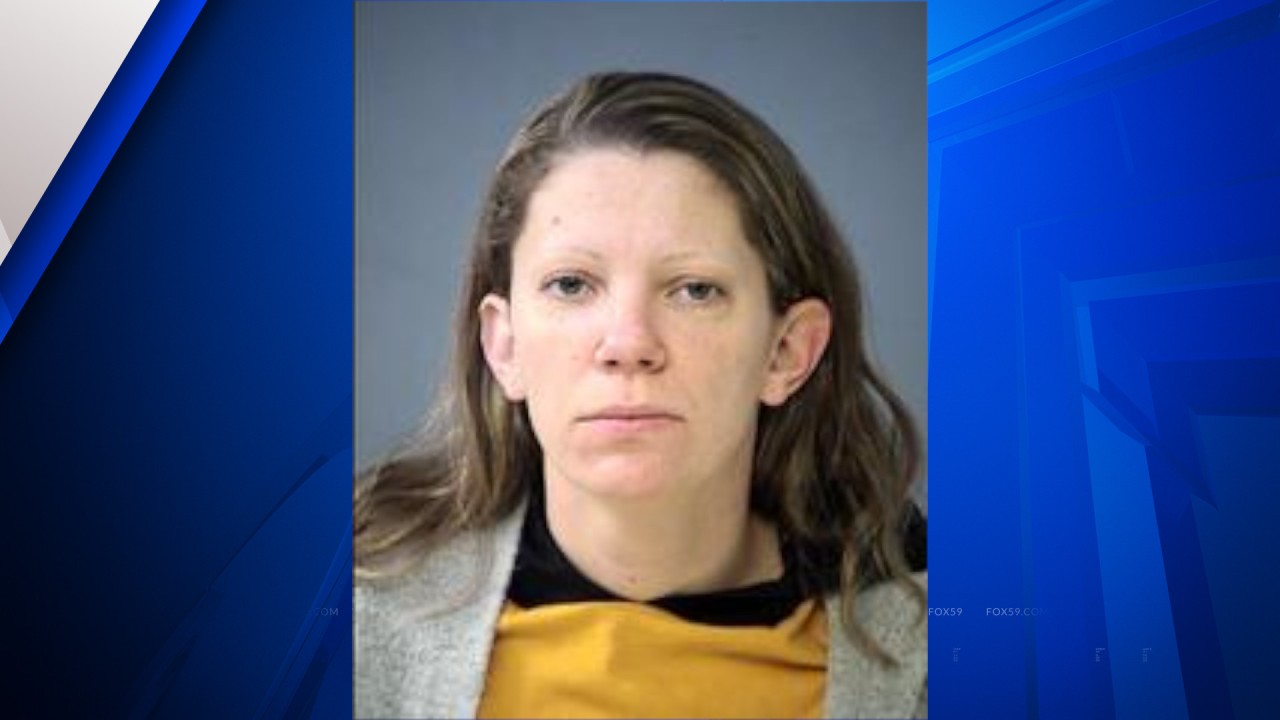 INDIANAPOLIS — An Indy woman originally charged with murder in the stabbing death of her 31-year-old boyfriend has pleaded guilty to voluntary manslaughter and will ultimately serve less than five years behind bars.

On Thursday, Judge Grant Hawkins accepted 34-year-old Jamie Vanhorn’s plea of voluntary manslaughter where the defendant acted under “sudden heat.” As part of the plea agreement, Vanhorn is sentenced to 10 years, but only five of those years will be in the Department of Correction.

According to the agreement, Vanhorn’s sentencing is split with five years in prison followed by one year in community corrections where she will undergo a substance abuse recovery program. Once completed, Vanhorn will be eligible to serve her remaining four-year sentence on probation.

Vanhorn has also been credited with slightly over two years of jail credit, meaning she will only serve around three years of her Department of Correction sentence behind bars. Ten years is the lowest possible sentence in Indiana for voluntary manslaughter, which comes with a 10-30 year sentencing range.

According to previous reports, Vanhorn was arrested in January 2021 for the stabbing death of her boyfriend: 31-year-old Jamie Trusley.

Court documents reveal that police were called to the couples’ residence in the 4900 block of Carry Back Lane on Dec. 27, 2020, at approximately 12:14 p.m. Police said once first responders arrived on scene they discovered Trusley laying just inside the front entrance with at least one stab wound to his chest. He was bleeding heavily and declared dead at 12:33 p.m.

The family of Trusley said he’d only been one week removed from his 31st birthday when he was stabbed to death by his longtime girlfriend. The couple had shared several children together, the oldest being only 5 years old.

After the arrest of Vanhorn, Eric Trusley — brother of Jamie Trusley — told FOX59 that life would never be the same for the family but that they had felt fortunate, at the time, that justice had been served in Vanhorn’s arrest.

In the wake of the plea agreement, however, Eric Trusley wrote to FOX59 stating he and his family’s displeasure with the acceptance of the plea deal.

“Given the amount of news about violence and lack of effort put into prosecution of violent criminals in Marion County, I feel it necessary to attempt to bring light to this grave injustice for my brother. As a family, we all agreed that we’d rather take the case to trial and risk her walking free. Our cries were ignored,” Eric Trusley wrote in an email.

Eric said he and his family had even expressed their disdain to the prosecution about the direction their team was taking the case but were reportedly told “I’m sorry you don’t agree, but unfortunately for you, this isn’t the family of the victim vs Jamie Vanhorn. It’s the State of Indiana vs Jamie Vanhorn so your opinion is just that, your own.”

“I am aware that I am biased to an extent,” Eric wrote. “This is about my brother. I, of course, along with family and friends of the victim, want a feeling that justice gets served for someone taking a life carelessly. I’m not so naive that I don’t know money talks, but what exactly is the price for someone’s life? Does 6 years sound sufficient to you?”

While the family had said Trusley and Vanhorn had been known to have a history of arguing, no motive had ever been given by police into the death of Trusley. But court documents reveal further information about what happened on that fateful night and the last messages sent between Trusley and Vanhorn.

According to the documents, on the night of the stabbing Vanhorn told police that Trusley had been in the kitchen slicing up food and had somehow accidentally stabbed himself. Police noticed a trail of blood leading from where Trusley was laying near the front of the residence to the kitchen. In the kitchen, investigators found a butcher knife in the sink that appeared to have been rinsed off with diluted blood still on the blade.

Investigators stated the only noticeable blood spatter, however, was just inside the door where Trusley was found, not in the kitchen where Vanhorn said the stabbing took place. The blood that trailed from the front of the residence to the kitchen was not consistent with being trailed by Trusley, court documents revealed, as only a small amount of blood was on his shoes.

Vanhorn was also found to have dried blood on her hands and beneath her fingernails, along with one nail being broken and bleeding. An autopsy of Trusley revealed in addition to the wide stab wound in his chest, Trusley had a large laceration on his right bicep as well as another deep laceration on the inside of his left thumb.

A doctor called the wound on his thumb a “defensive wound,” according to court documents.

Witnesses who spoke to investigators told police that Vanhorn had struck Trusley in the past, including one witness who told police Vanhorn was abusive toward Trusley and “always the aggressor.” The witness told police Trusley would get messages from Vanhorn telling him to “come home or else.”

Another witness told investigators that he had once witnessed Vanhorn hitting Trusley with a “hammer fist” as Trusley tried to raise his arms to protect himself.

Police reviewed phone records as part of their investigation and found abusive and threatening messages sent from Vanhorn to the victim in the days prior to the stabbing including one from the night before Trusley’s death in which she tells him, “I hope you die” and “you are no longer welcomed here, you’re the enemy.”

The text message argument between the couple is detailed in the court documents and led to Trusley telling Vanhorn that they need to separate and do what is best for the kids. He tells her, “You can destroy whatever, keep whatever, I’ll be there tomorrow to get the boys.”

In an anger-laced tirade dated 11:18 a.m. on Dec. 27, 2020, Vanhorn messaged Trusley about his sons from another relationship in which she insults his children and tells Trusley that he is a “piece of s***” and finishes with, “I hate you don’t come here if you come here you’re liable to f***** die.”

That, police said, were her last messages to the victim.

A security camera from a neighbor shows Trusley arrive at the home on Carry Back Lane at approximately 12:03 p.m. Trusley is alone and walks into the home empty-handed. He does not exit. At 12:14 p.m. the call to dispatch is made by Vanhorn. She reports a self-inflicted stabbing.

For Eric Trusley and his family, he said there is “a cheapness to this situation that feels terrible.” The plea agreement and the lenient sentencing is not justice to the Trusleys.

In his letter, Eric said both he and his family felt the Marion County prosecution team had a lack of care for the families of victims and felt the major changes needed in the justice system were beyond one family.

In the end, all Eric felt he could do was write a letter.

“It’s a last ditch effort from a family broken by a broken justice system,” he wrote.