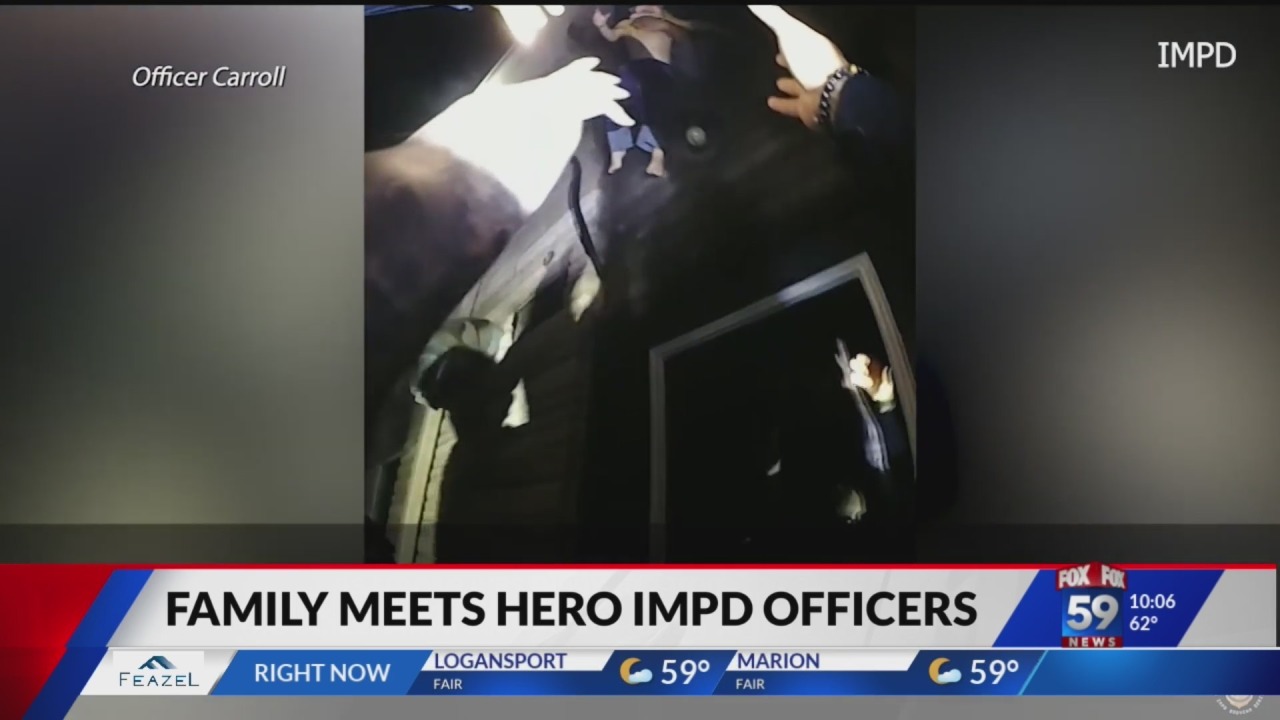 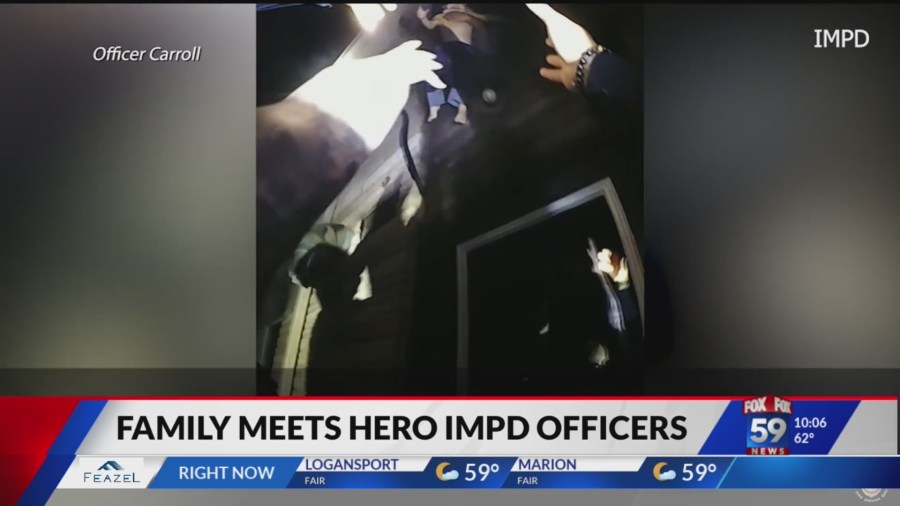 INDIANAPOLIS — A terrifying fire rescue led to a heartwarming reunion at the Indianapolis Metropolitan Police Department’s (IMPD) Southeast District Headquarters. It was only last week that a group of IMPD officers caught a family leaping from a burning building.

“There were flames literally already up to my window. The smoke was so thick and black, and I was just coughing,” described Christine Culp of that night. “I am glad we are here. That is all I am worried about.”

On April 11, Culp was inside her Burkhart Drive apartment when that smoke started billowing into her home in the early morning hours. As she called 911, IMPD officers were en route. Four officers came rushing to her second story window.

“As soon as I had them on the radio, I had them behind me within seconds,” recounted Officer Wally Carroll talking about his fellow officers. “We had seen that people were calling in saying a female had been screaming.”

“As soon as all the flames were in the front room, I grabbed the kids and went to my room, put up a blanket, and kicked out the window.” said Culp. “They were like, ‘just give me the kids one by one.’ I just prayed on it, and dropped them one by one. I just felt in my heart that my kids were in good hands. I put [my son] first, then I let [my daughter] go, then I just jumped. You couldn’t tell me twice. I am jumping.”

The officers were able to safely catch all three including 3-year-old Elena Culp and 2-year old Ezekiel Culp. Her daughter is still talking about the incident.

“She keeps telling everyone Momma threw me out a window,” laughed Culp.

“Mom was a great quarterback, so I was a semi-pro receiver to get the kids, and to get them out,” joked Officer Carroll.

When the family and the officers made their reunion, the officers showed up with buckets full of toys and necessities for the family. The officers who rescued them pooled their money together to get them a gift card. The gesture will hopefully help them get back on their feet. Culp and her children are living with family right now as they look for housing.