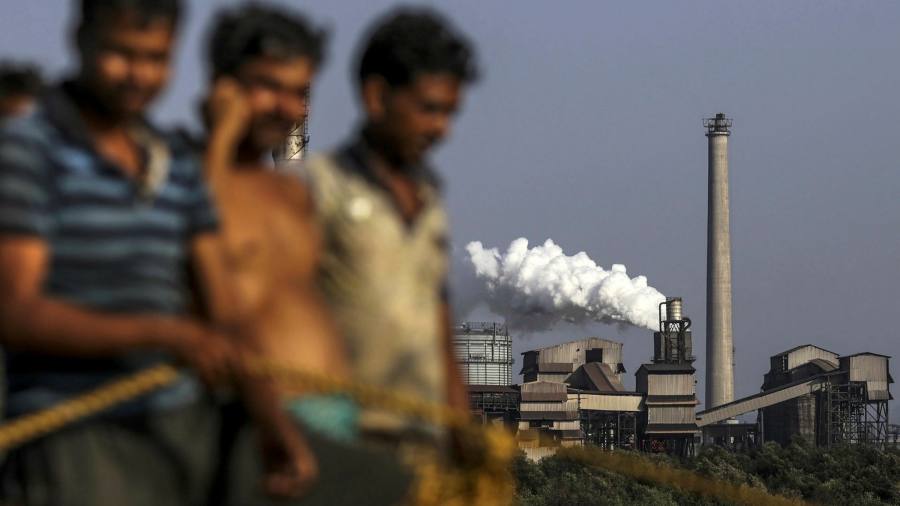 India’s biggest steelmaker expects disruption from the country’s brutal second wave of coronavirus to last until September as it slashes production because of oxygen shortages and shrinking industrial demand.

JSW is also struggling to vaccinate its staff, contract workers and their families, who together total about 1m people, as the country tries to overcome a shortage of jabs.

Crippling shortages of oxygen for Covid-19 patients has forced industrial groups to redirect the gas from factories to hospitals.

JSW’s production cuts highlight how India’s second wave is upsetting what was otherwise expected to be a boom time for Indian industry.

The economy and consumer demand was expected to roar back after a contraction due to coronavirus last year, while steelmakers were riding on a strong outlook for the global market.

Corporate India has to juggle oxygen and vaccine shortages, tumbling demand and infection among employees. Other companies, including the largest carmaker Maruti Suzuki, are cutting output and temporarily closing factories.

“I never had imagined that there could be a second wave which could be so violent and so devastating,” said Jindal, one of India’s most powerful tycoons. “We’re clearly seeing that impact [on domestic demand] coming to our company . . . I see some disruption until September.”

India reported more than 400,000 Covid-19 infections and 4,000 deaths on Saturday, though experts believe the true toll is far higher.

Investors remain bullish about JSW, whose share price has risen 90 per cent since the start of this year, thanks to a strong global steel market.

Jindal said JSW could compensate for weaker domestic demand through exports, which accounted for about a fifth of revenues. “The global steel cycle has turned north and JSW finds itself in a good position,” said Saurabh Mukherjea, founder of Marcellus Investment Managers.

But at home the picture remains complicated because of the deteriorating business outlook and the burden the disease is placing on companies and their employees.

JSW is now the largest supplier of liquid medical oxygen in the country, according to Jindal, transporting about 1,200 tonnes a day. He said he expected that to continue for “a couple of months”.

We [India] certainly messed up in the planning for this wave

The company also faced challenges caring for its employees and their relatives.

A policy change this month allowed companies to try to vaccinate workers through tie-ups with private hospitals, but JSW — like many others — has been unable to procure jabs due to a severe vaccine shortage that is expected to continue until at least July.

He said about 20 to 30 employees tested positive for Covid-19 every day at the company’s main plant at Ballari in southern India.

“We as a country faltered on vaccination,” Jindal said. “We had the capacity. Somehow, I don’t know, we did not give it that much importance.”

He said authorities could have better prepared the country for the second wave, though he argued that no one had anticipated how severe it would be.

“We certainly messed up in the planning for this wave,” he said. “Otherwise we wouldn’t have had the elections, we would not have had the Kumbh,” a reference to local polls and a huge religious gathering that took place while cases were surging.