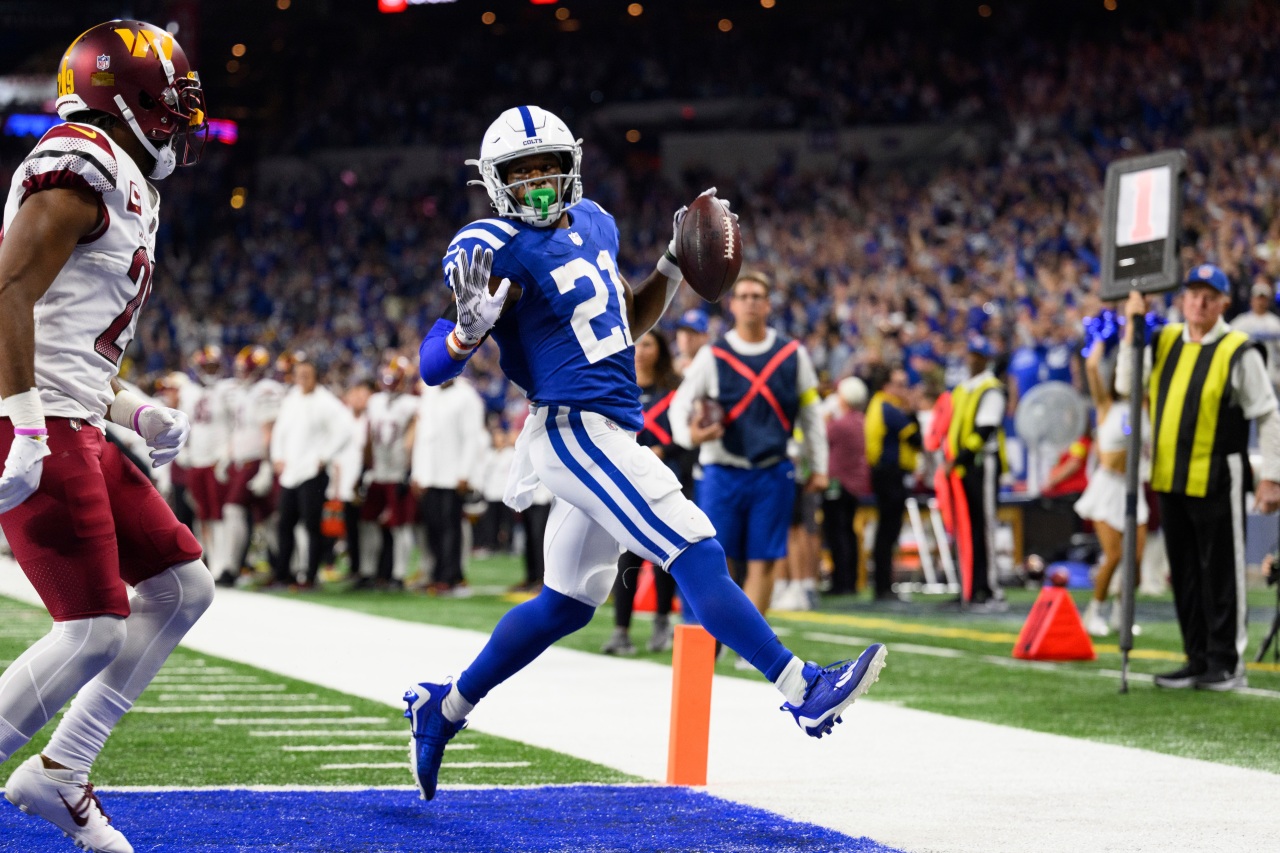 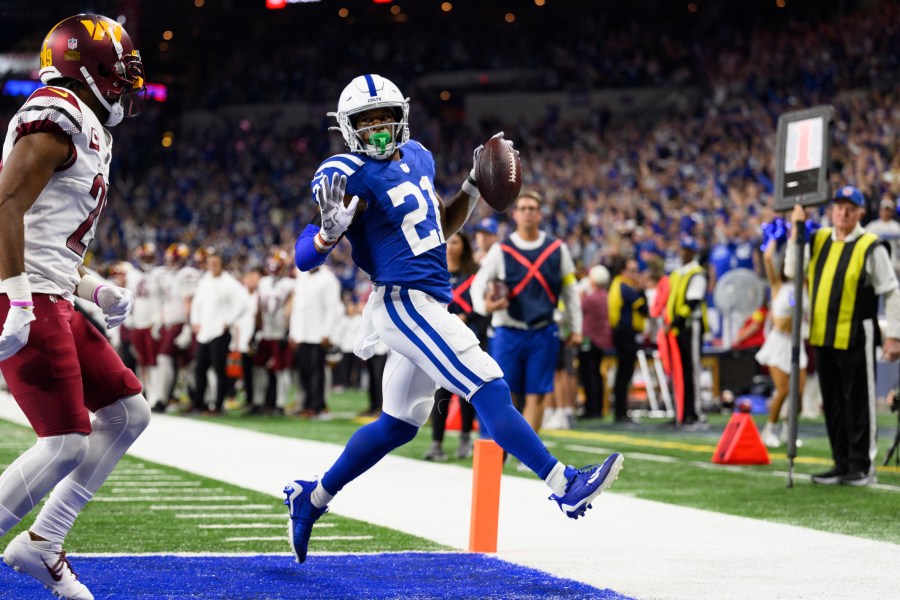 INDIANAPOLIS – Areas of interest in the Indianapolis Colts’ Sunday night meeting with the Dallas Cowboys in AT&T Stadium in Arlington, Tex.

It’s truly amazing how America’s Team has remained America’s Team considering its track record over the past quarter century. Quarter. Century. Since capturing its third Lombardi Trophy in four seasons in 1995, Dallas has won exactly – let me check my notes – ZERO playoff games. It’s reached the postseason 11 times in the 26 seasons and Jerry Jones’ team has been one-and-done 11 times.

For those keeping track at home, the Colts have won 13 playoff games during that stretch. That means zippo, but it’s still interesting.

For those folks whose glass remains half-full, the 4-7-1 Colts have a 3% chance of making the playoffs, according to FiveThirtyEight.com. It dips to less than 1% with a loss to Dallas. Indy will miss the playoffs for the third time in the last four seasons.

Dallas leads the overall series 10-7, which includes the Baltimore Colts’ 16-13 win in Super Bowl V. It also includes a 6-2 record in Dallas.

We’ll let running back Jonathan Taylor give everyone the crux of the Colts’ offensive approach.

No. 11 on your scorecard is outside linebacker Micah Parsons. The 12th overall pick in the 2021 draft has wasted no time establishing himself as the Cowboys’ primary game-wrecker – they have a ton – and one of the NFL’s premier players. Parsons was first-team All-Pro as a rookie and is a frontrunner for Defensive Player of the Year in Year 2 on the strength of 12 sacks – second in the league – and 38 pressures. He has 25 sacks in 27 games.

As difficult as Parsons is to deal with, first you’ve got to find him. Defensive coordinator Dan Quinn moves him all over the place – inside, outside, right side, left side.


Alec Pierce’s numbers are down, but don’t blame ‘rookie wall’

“The thing that separates him from a lot of people is he can do it from every position,’’ interim head coach Jeff Saturday said. “He can be lined up on your left side, your right side, at linebacker. You can move him anywhere and everywhere and it’s not like he’s really out of position.’’

And then there’s this: Parsons isn’t a one-man gang. The Cowboys lead the NFL with 45 sacks, six more than runner-up New England. Twelve players have at least 1 and six have at least three: Parsons, Dorance Armstrong (8), DeMarcus Lawrence (6), Dante Fowler (5), Donovan Wilson (3) and Sam Williams (3).

Sometimes, stats can be deceiving. Sometimes, they shine a spotlight on what’s to come. As we mentioned, Dallas has piled up a league-high 45 sacks. The Colts have allowed a league-high 43, including at least 3 in eight of 12 games.

Indy’s ability to keep Dallas’ pass rush away from an immobile Matt Ryan was made more difficult when right tackle Braden Smith was ruled out with an illness. Smith had steadied his game and had an outstanding game against Pittsburgh’s T.J. Watt Monday night. He’ll be replaced by either Matt Pryor, who’s started at three spots and been benched each time, or Dennis Kelly. The Colts will go with their seventh different starting o-line combo.

As we’ve mentioned multiple times this year, one of the keys to protecting Ryan is leaning on an effective run game. Playcaller Parks Frazier needs to be able to dial up 28 early and often. Jonathan Taylor appears to be back in form after dealing with a high sprain to his right ankle. He’s averaged 20 attempts, 98.3 yards and 4.9 yards per attempt in his last four games.

The Colts need at least that level of production from their best offensive player.


Jeff Saturday to Colts: Remainder of season ‘defining moment in your life’

Of course, they also need Taylor to hang onto the football. Officially, he’s fumbled three times in nine games, but he and Ryan had that botched handoff on first-and-goal at the 1 in the loss to the Steelers. Inexcusable.

Dallas features the NFL’s best pass defense (177.7 yards per game), but ranks 24th against the run (131.9). In their three losses to Tampa Bay, Philadelphia and Green Bay, the Cowboys’ run D has allowed averages of 165 yards per game and 4.6 per attempt. In the eight wins, the average is an acceptable 119.5.

As much attention as quarterback Dak Prescott draws, the Colts had better keep running backs Tony Pollard and Ezekiel Elliott under control. Pollard is the home-run hitter – 5.6 yards per attempt, a team-best 761 yards – and has accounted for Dallas’ two longest plays from scrimmage. He broke off a 57-yard TD run against the Rams and had a 68-yard TD reception against Minnesota. He added another 30-yard TD pass from Prescott against the Vikings.

Elliott seems to have taken a step back as Pollard’s complement. He’s averaging 4.1 yards on 140 attempts, but has a team-high seven rushing TDs. The two-time league rushing champion has failed to rush for at least 100 yards in his last 21 games. That’s the longest dry spell of his career.

And to us, this is the best-case scenario. If enough goes right over the course of the game, Indy’s defense will keep things tight until a turnover by Dallas’ defense or a gashing play by its offense creates separation. The inability of the offense to be even semi-efficient impacts every phase of the operation.

Listen to the Colts Blue Zone Podcast for coverage and analysis of the Indianapolis Colts.