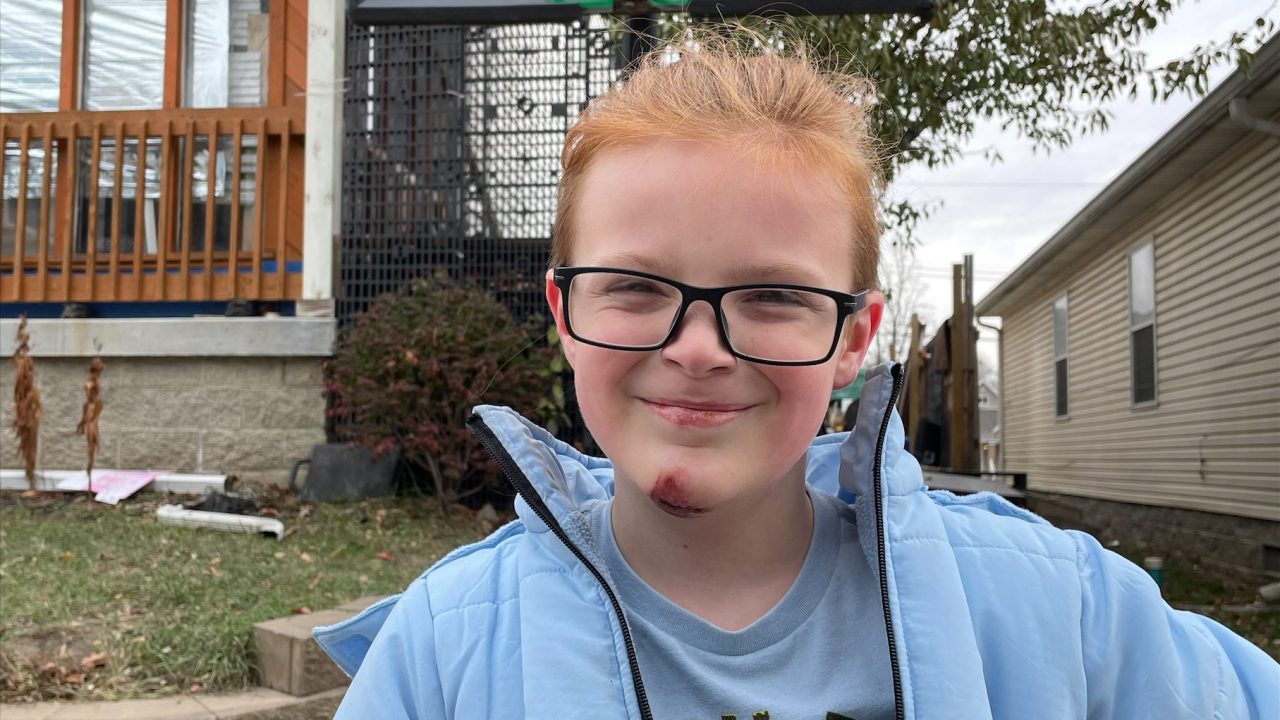 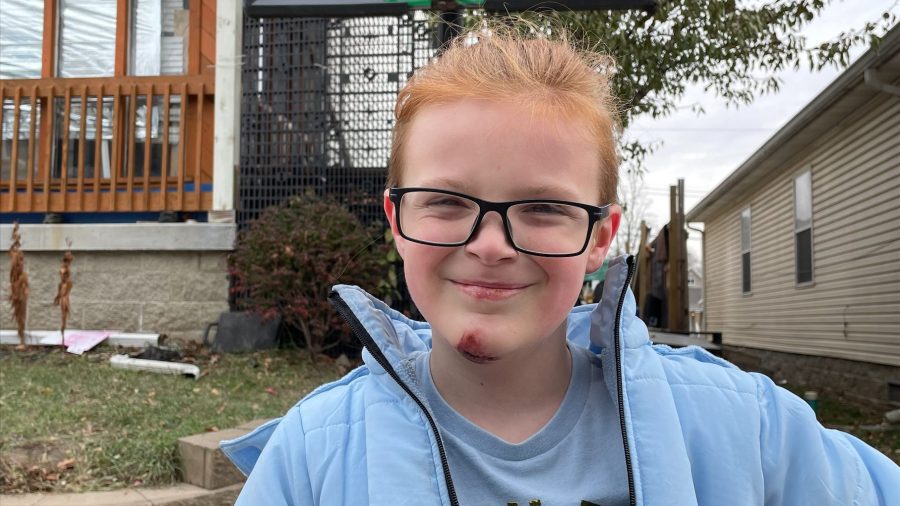 His mother says he can play for hours, with other kids on St. Paul Street or by himself. That’s what he was aiming to do Tuesday afternoon. Not even out of his school clothes, Nikko grabbed a basketball off the front porch.

A security camera captured Nikko running off the porch, down the front steps and toward a gap between two parked cars. The boy continued into the street and a quick-moving, dark-colored GMC vehicle comes in from the right and hits Nikko, his body begins rolling up the hood as the vehicle leaves the left side of the video frame.

Sylvia Lambert heard the thump and screamed for her husband. She thought a kid has been hit but didn’t know it was her kid.

“I didn’t know it was him that was hit until after I seen the blood,” said Sylvia.

The GMC apparently did come to a brief stop.

“Only thing I remember is I went all the way over there and on the sidewalk,” said Nikko pointing to the spot where he landed.

The boy stood up and stepped away from the vehicle and up on the sidewalk.

Nikko said, “I was hopping on one foot. He didn’t check on me at all.”

Then, the GMC driver took off, speeding down an alley with responding neighbors chasing the vehicle on foot.

A hospital visit revealed Nikko had a series of abrasions, the deepest under his chin and a fractured rib.

Asked how it felt that the GMC driver didn’t pause long enough to check on him, Nikko replied, “Sad.”

Sylvia Lambert had a different description, “I, I am, I’m really angry.”

She continued, addressing the GMC driver directly, “You knew you hit a kid. You coulda got out of that car and stayed and waited and made sure that kid was okay before you took off and you made the decision not to.”

St. Paul Street is a tightly packed residential neighborhood in the Fountain Square neighborhood of Indianapolis. The route is normally one-way, but to accommodate a construction project at the end of the street, it has temporarily been designated a two-way street.

This is what appears to have happened in this hit-and-run. Surveillance video shows what looks like the same GMC going past the Lamberts home in one direction before returning seconds later and striking Nikko from the other direction.

IMPD is investigating the collision. Anyone with information about the GMC or its driver is asked to call Crime Stoppers at 317-262-8477.