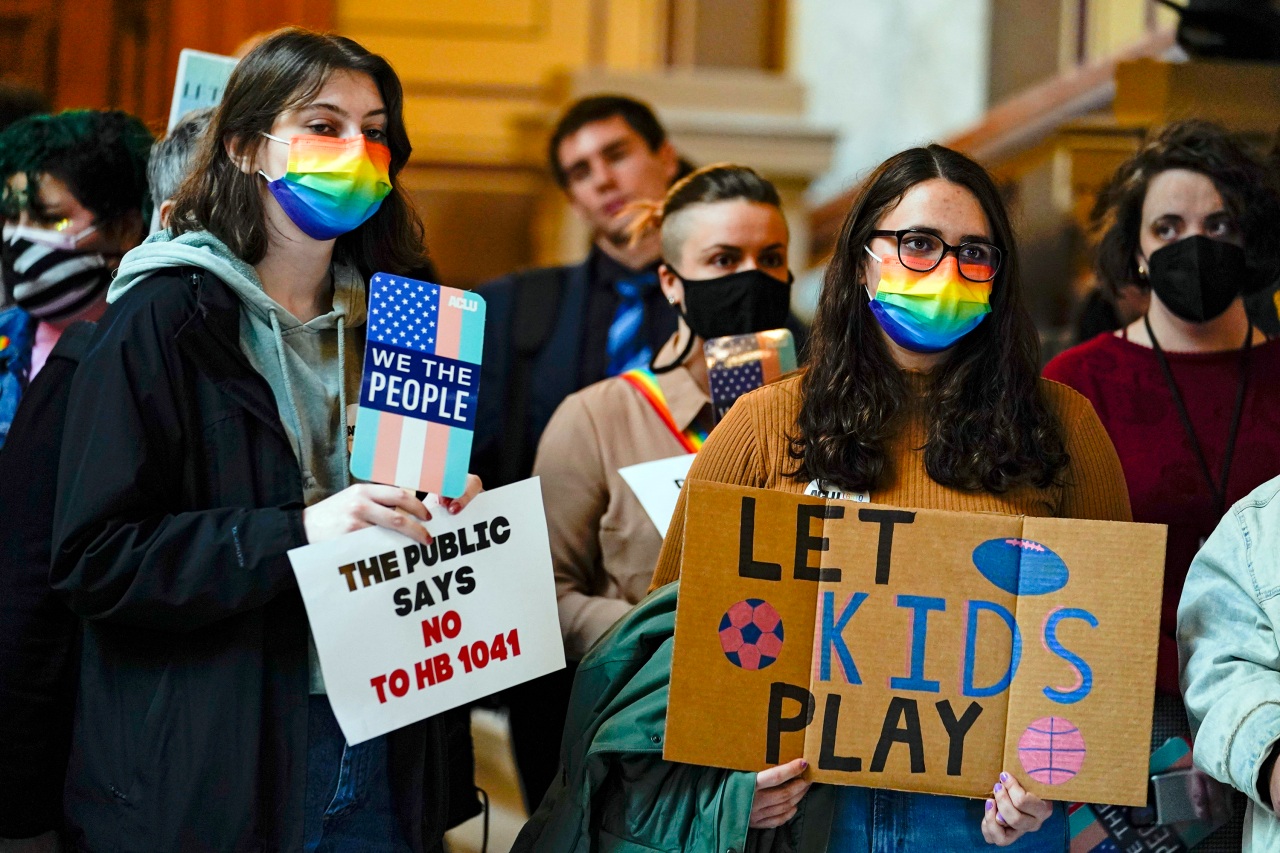 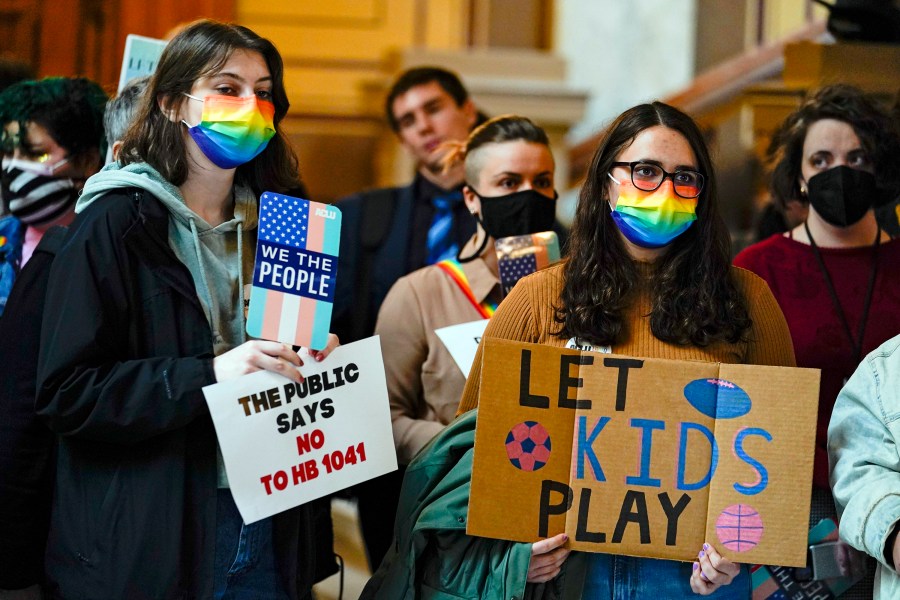 INDIANAPOLIS — Indiana lawmakers voted Tuesday to override the governor’s veto of a bill banning transgender females from competing in girls school sports and join about more than a dozen other states adopting similar laws in the past two years.

State senators voted 32-15 in favor of overriding Gov. Eric Holcomb following the same action in a 67-28 vote by the House earlier in the day. Holcomb had said in his veto message that bill did not provide a consistent policy for what he called “fairness in K-12 sports” when he unexpectedly vetoed it in March.

Opponents have argued the bill is a bigoted response to a problem that doesn’t exist. The American Civil Liberties Union of Indiana has said it filed a lawsuit against what it called “hateful legislation” in hopes of blocking it from taking effect as scheduled on July 1.

Republican sponsors of the bill maintain it is needed to protect the integrity of female sports and opportunities for girls to gain college athletic scholarships but have pointed out no instances in the state of girls being outperformed by transgender athletes.

“(This measure) does not solve an issue. It does not bring people together. It does not benefit our state in any way,” Democratic Sen. J.D. Ford of Indianapolis said shortly before the Senate vote. “Why do you press upon the government to solve this issue, which there is no issue?”

“We don’t like to get to the state of Indiana sued, but it happens from time to time,” Bray said. “It’s a policy that I think we can stand behind.”

The veto override votes came during a one-day meeting 11 weeks after this year’s regular legislative session ended. Democrats had called for lawmakers to take action, instead, on a proposal to suspend the state’s 56 cents per gallon in taxes on gasoline amid the nationwide spike in fuel prices. Republican disregarded that request.

House Democratic Leader Phil GiaQuinta of Fort Wayne lamented that Republicans focused on divisive cultural issues that “won’t do anything to help move the state of Indiana forward.”

“Certainly, we have some pressing issues out there that are affecting Hoosiers every day, specifically, including the high price of gasoline that we’re seeing all over the state,” GiaQuinta said. “Wish we could have potentially used this day to better help Hoosiers.”

Activists held a rally against the ban ahead of the Legislature’s votes. Dozens of attendees, including several families with transgender youth, played sidewalk games around the Statehouse lawn. They argued that Indiana’s ban isn’t targeting elite athletes, but rather kids who want to play on a team with their friends.

“We’re here to stand against hate and discrimination that could have a lifelong impact for my family,” said Cara Nimskey, the mother of a transgender girl from Bloomington. “Sports are integral to adolescents. My daughter dreams of playing basketball in high school. It’s unfair exclusion — she’ll be crushed if this goes through.”

Holcomb’s veto came a day before Republican Utah Gov. Spencer Cox vetoed a similar ban on grounds that such laws target vulnerable children who are already at high risk of suicide. Utah’s Republican lawmakers overrode the veto days later amid a wave of such laws that political observers describe as a classic “wedge issue” to motivate conservative supporters.

In his veto letter, Holcomb pointed to the Indiana High School Athletic Association, which has a policy covering transgender students wanting to play sports that match their gender identity and has said it has had no transgender girls finalize a request to play on a female team. The law wouldn’t prevent students who identify as female or transgender males from playing on boys sports teams.

Holcomb said in his veto message the bill presumed “there is an existing problem in K-12 sports in Indiana that requires further state government intervention” but that he found no evidence to support that claim “even if I support the effort overall.”

In response to the veto override, Indiana Senate Democrats released the following statement:

“Today, most members of the supermajority bent to extreme, right wing factions of their party and voted to codify discrimination against vulnerable Hoosier children. Our caucus, as well as certain Republicans, including Governor Holcomb, understand that this legislation is both cruel and unnecessary–we already have a process to deal with this on the very rare occasion it becomes an issue. This is just one more example of our reactionary supermajority sticking government where it doesn’t belong in order to further their private political agenda.

“All Hoosier children, including trans kids, deserve our protection, care and love; there shouldn’t be anything political or controversial about that. It’s upsetting to see this body waste time and taxpayer money on bullying minors (and the resulting lawsuits), rather than on any number of policies to really protect women and kids like mental health spending, a state child tax credit or well-funded childcare. It’s short-sighted and a waste of Hoosier tax dollars—we’ll be glad to see this struck down in court.”

Slain funeral director was on phone during robbery, shooting