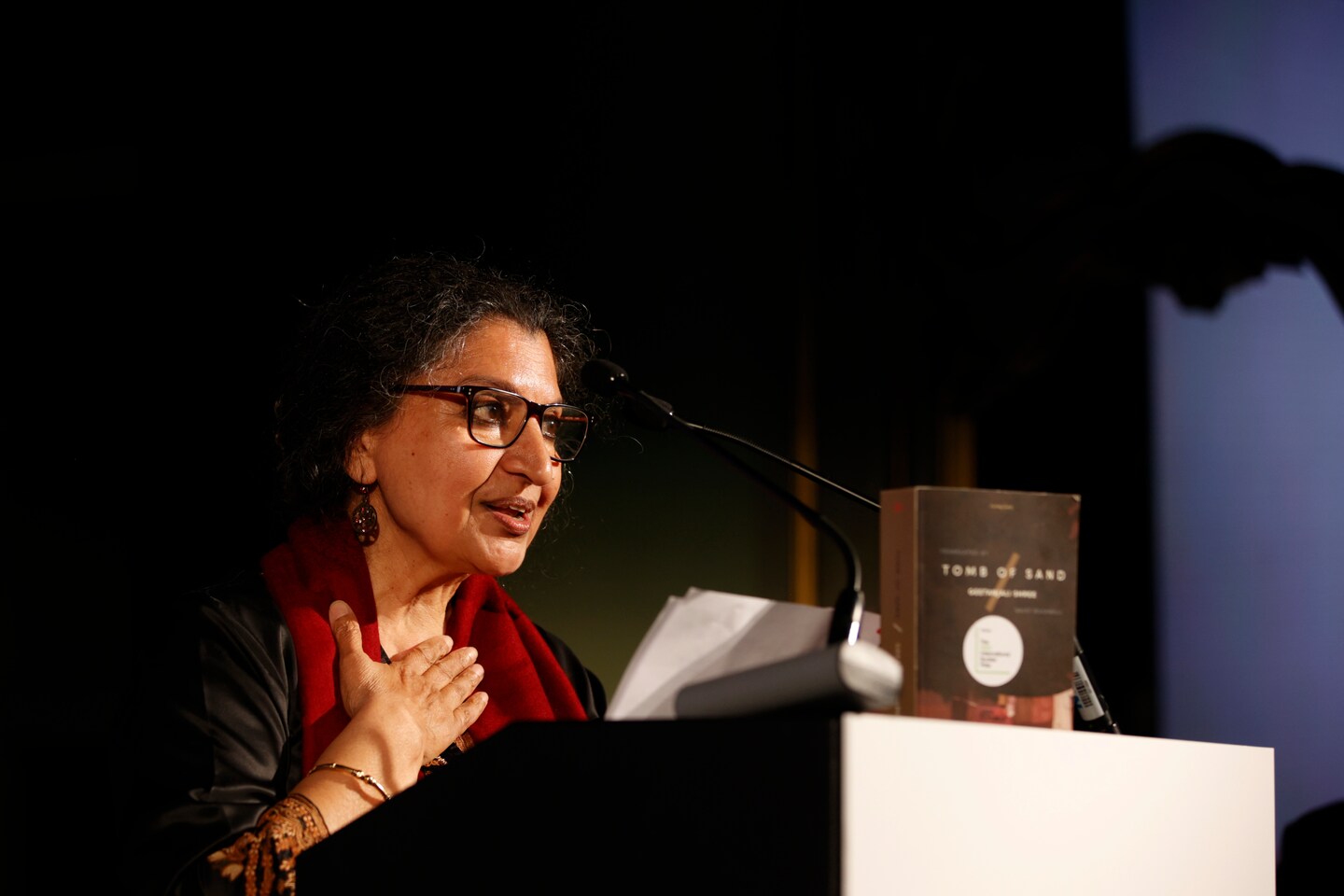 Originally written in Hindi, it’s the first book in any Indian language to win the high-profile award, which recognizes fiction from around the world that has been translated into English. The 50,000-pound ($63,000) prize money will be split between New Delhi-based Shree and Rockwell, who lives in Vermont.

The book tells the story of an octogenarian widow who dares to cast off convention and confront the ghosts of her experiences during the subcontinent’s tumultuous 1947 partition into India and Pakistan.

Wynne said that despite confronting traumatic events, “it is an extraordinarily exuberant and incredibly playful book.”

“It manages to take issues of great seriousness — bereavement, loss, death — and conjure up an extraordinary choir, almost a cacophony, of voices,” he said.

Shree’s book beat five other finalists including Polish Nobel literature laureate Olga Tokarczuk, Claudia Piñeiro of Argentina and South Korean author Bora Chung to be awarded the prize at a ceremony in London.

The International Booker Prize is awarded every year to a translated work of fiction published in the U.K. or Ireland. It is run alongside the Booker Prize for English-language fiction.

The prize was set up to boost the profile of fiction in other languages — which accounts for only a small share of books published in Britain — and to salute the often unacknowledged work of literary translators.

Wynne said the prize aimed to show that at “literature in translation is not some form of cod liver oil that is supposed to be good for you.”

“Tomb of Sand” is published in Britain by small publisher Tilted Axis Press. It was founded by translator Deborah Smith — who won the 2016 International Booker for translating Han Kang’s “The Vegetarian” — to publish books from Asia.

The novel has not yet been published in the United States, but Wynne said he expected that to change with “a flurry of offers” after its Booker victory.

In Britain, “I would be gobsmacked if it didn’t increase its sales by more than 1,000% in the next week,” Wynne said. “Possibly more.”