India: has the Covid pandemic started to burn itself out? 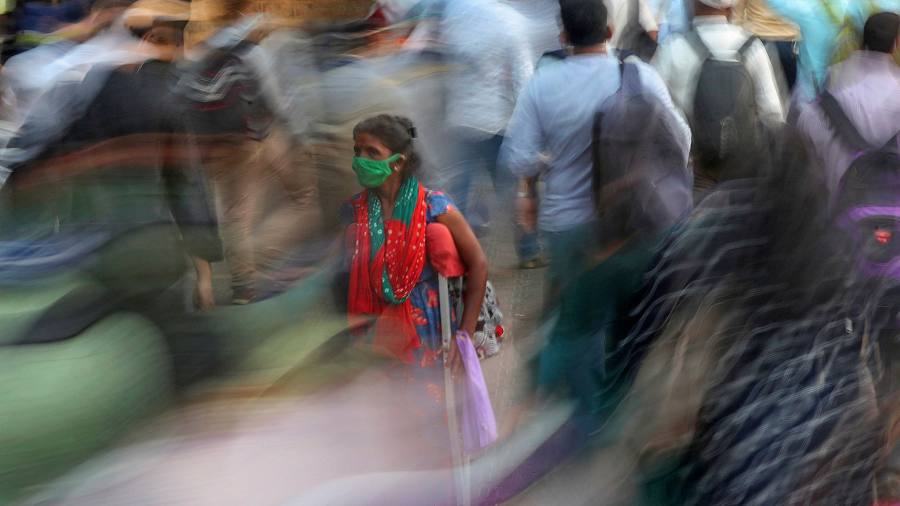 For most of the past 11 months, Dr Sushila Kataria has worked 15 hours a day, seven days a week tending to a surging tide of Covid-19 patients at Medanta, a prominent private hospital on New Delhi’s outskirts.

Since the hospital’s first cases — Italian tourists who fell ill in March — Medanta has treated more than 11,000 Covid patients in its wards, intensive care units, hotel quarantine facilities and in-home care programmes. The Covid caseload peaked in November, with around 450 inpatients, and 50-100 more on a waiting list for beds.

“It was totally overwhelming,” says Dr Kataria, an infectious disease specialist who leads Medanta’s Covid care. “November was the worst. We could only accommodate the number of patients we could discharge. We were managing very, very sick patients in the ward, as there was no room in the ICU.”

But doctors in the New Delhi area treating Covid are now getting an unexpected respite. Daily new infections in the capital have dropped sharply in recent weeks. Medanta has just 25 Covid patients now, and other city hospitals also report numerous empty beds on Covid wards.

“To our relief and surprise, the number of cases have started to come down drastically,” says Dr Kataria.

The trend extends beyond the capital. Nationally, India’s new confirmed coronavirus infections have fallen precipitously, from a peak of nearly 100,000 new infections a day in mid-September to an average of 13,000 to 14,000 a day last week. At the same time, health surveys indicate that there could have been much higher public exposure to the virus than was previously realised.

At a time when many other countries are battling second and third waves and alarming new variants of coronavirus, the drop in infections raises a tantalising prospect — has the pandemic started to burn itself out in India?

Some doctors and researchers are beginning to speculate that India’s crowded cities may be approaching the early stages of natural “herd immunity” — even before a vaccine is widely available — causing the spread of the pathogen to abruptly lose steam.

“What we seem to have done is let the virus run its course,” says virologist T Jacob John, a retired professor at Christian Medical College in Vellore in southern Tamil Nadu state. “By not flattening the curve in the beginning, India went through the herd immunity threshold and the epidemic seems to be naturally coming down.”

That in turn is fuelling cautious optimism that India is emerging from under the pandemic’s shadow, allowing it to repair an economy battered by a strict lockdown, subsequent restrictions and public fear.

“I am hopeful that the worst is over,” says Dr Randeep Guleria, director of the All India Institute of Medical Sciences, and a member of the government’s Covid-19 task force. “In certain areas, like large cities, we may have come close to achieving a good amount of immunity — if not herd immunity, close to it.”

The normally staid Reserve Bank of India was even more ebullient in a recent bulletin, touting the “increasing probability” of a stronger-than-expected economic rebound, as the threat of the disease recedes.

“India has ‘bent it like Beckham,’” the central bank said of the country’s pandemic curve. “Barring the visitation of a second wave, the worst is behind us. The recovery is getting stronger in its traction, and soon the winter of our discontent will be made glorious summer.”

‘No one is counting’

With public transport suspended for months and consumers limited to buying food, medicine and cleaning products, India’s economy contracted 24 per cent year on year in the April to June quarter.

But lockdown failed to curb the spread of the virus in a country where millions live cheek-by-jowl, sharing community toilets and water taps, in congested urban slums. From the cities, the pathogen was apparently carried into the hinterlands, as laid-off migrant workers retreated to their villages.

In all, India has reported more than 10.7m confirmed coronavirus infections, the world’s second-highest tally after the US. But health experts agree India’s real case total has been far higher, with most infections never recognised or recorded.

“The reported cases are not even remotely a reflection of true cases — they only reflect people who got tested,” says Vikram Patel, a professor of global health at Harvard Medical School. “For reasons that we don’t fully know, the virus has spread like wildfire in India — more than in any other country in the world.”

In cities like Delhi, Mumbai and Pune, sero-prevalence studies — which measure antibodies that suggest a previous exposure to the virus — have indicated that more than half of residents have already been exposed to the virus. One such study in Karnataka state estimated there were 31m infections there by mid-August, including 44 per cent of the rural population and 54 per cent of the urban population.

Yet many people with antibodies have no recollection of being sick at all. “The estimates are that 30 to 40 per cent of individuals may have had asymptomatic or mild infections and not gotten tested,” says Dr Guleria. “Many who had developed mild symptoms may have had Covid-19 without realising it.”

India has reported more than 154,000 Covid-19 deaths. But like the real infection count, the actual death toll will never be known, as most Indians still die at home, without a cause of death ever formally determined. “We will never know how many people died — no one is counting,” says Dr John.

Even taking that into account, some researchers say India’s Covid mortality rate has likely not been as high as many other regions.

One reason for that could be the relative youth of the country’s population. Just 6.5 per cent of India’s population is over 65 years old, compared to one-fifth in Europe.

Some experts also point to environmental factors that affect immune systems — although the scientists emphasise this hypothesis needs more serious study. “We are seeing a lot less severe disease than the rest of the world, and a lot more asymptomatic infections,” says microbiologist Gagandeep Kang, who was involved in India’s drive to produce a coronavirus vaccine. “Part of the reason might be prior exposure to lots of other pathogens.”

“We live in an environment where we are exposed to all kinds of pathogens all the time and we learn not to react too much,” she adds.

India does very little viral sequencing that would allow scientists to monitor the particular variant of the disease that is prevalent in the country, something the government is now trying to correct. But Kerala-based health economist Rijo John suggests India has so far seen a less virulent strain than elsewhere.

“It’s pretty generally accepted that in India, we have a very mild form of the virus,” he says. “But the future is hard to predict.”

Though the current new daily caseload is certainly an undercounting of the true total of new infections — especially in rural areas where testing infrastructure is weaker — experts say there is no doubt that India’s pandemic is on a steep decline.

“It looks like the virus has really spread widely in the country,” says Dr Kang. “Maybe the reason the numbers are crashing is that most people have been infected and infection gives you at least 80 per cent protection for months at a time.”

‘Room for cases to rise’

Life remains severely disrupted in other ways too. Most of the country’s 270m schoolchildren have not set foot in a classroom since March, though some states have allowed a limited number of older students to return. White-collar professionals have mostly worked from home for 11 months, while many elderly Indians have scarcely stepped out at all, with the likelihood that they remain susceptible to infection.

Ramanan Laxminarayan, director of the Center for Disease Dynamics, Economics & Policy, warns that further moves towards normalcy — such as reopening schools and workplaces — could be accompanied by another uptick in cases, as individuals without immunity are exposed to the virus.

“A lot of this is in the rear-view mirror but that doesn’t mean we are done and dusted yet,” he says. “We have an artificial situation in which we’ve reached an equilibrium, but if we went back to normal, there is still a lot of room for cases going up.”

India has now begun an ambitious vaccination campaign, aiming to inoculate 300m Indians by the end of August, including healthcare workers and the elderly. But with just about 3m vaccinated since the drive started two weeks ago, reaching that goal is likely to be a slow, protracted process.

In the meantime, localised coronavirus surges — such as one now under way in Kerala, the southern state which was earlier praised for its successful virus control — are likely. “If you look at the places that did well with control early on, they are the ones [that] have a high level of infection now,” says Dr Kang. “And if a variant comes along that escapes immune responses, then everyone is in play again.”

At Medanta Hospital in Delhi, Dr Kataria says the relentless pressure of the past year — coupled with physical isolation from her husband and two teenagers to keep them safe — has taken a toll. “I would tell myself, ‘whatever I could do, I have done’,” she says. “We can’t claim to be gods. We are human at the end of the day.”

Although she is now cautiously optimistic that the worst is over, she warns against complacency, given the potential for new case surges, especially if a new, more virulent variant were to spread in the country. “If the situation continues like this for a month, we can say we have achieved sustained low numbers because of immunity and vaccination,” she says. “But we have to keep our fingers crossed. These good times may not continue forever.”